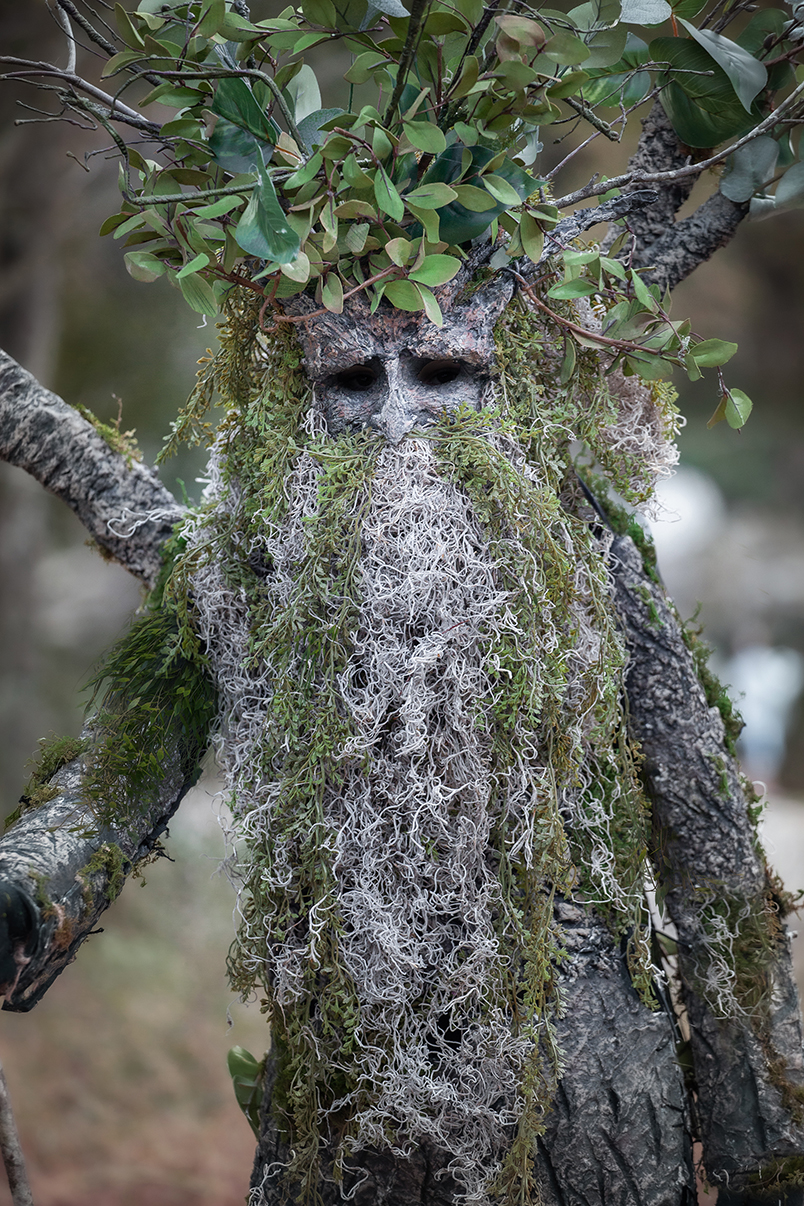 Here’s the story behind our legendary Green Man tree costume DIY. daughter wanted to be something whimsical this Halloween and finally, we decided to go with the legendary “Green Man”. This costume was so much fun to make!

We created a form of her top out of tinfoil and tape and the bottom and legs were shaped out of EVA foam. Each piece of bark was created with “paper clay” that we fired in the oven at the lowest temperature after we textured the clay to look like bark. Then, we painted with various colors to give a super realistic look! It actually felt just like bark on the outside but the EVA foam made the inside light & flexible.

We used tin foil to create the branches and taped them to the top before covering with the paper clay bark. We used Hot glue to add moss, leaves and fines to accent each piece of bark. We used a basic face mask from Hobby lobby and added latex, tinfoil ,twigs and branches from outside to create an aged look. We used long mossy vines and leaves to create the beard and hair.

She really wanted to look like a realistic tree and I think we did just that! All night she was stopped and told how amazing she looked and people were asking to take her photo! We love this legendary Green Man tree costume DIY and hope you do too! Thank you!

Did you know? The Green Man, and very occasionally the Green Woman, is a legendary being primarily interpreted as a symbol of rebirth, representing the cycle of new growth that occurs every spring. The Green Man is most commonly depicted in a sculpture, or other representation of a face which is made of, or completely surrounded by, leaves.