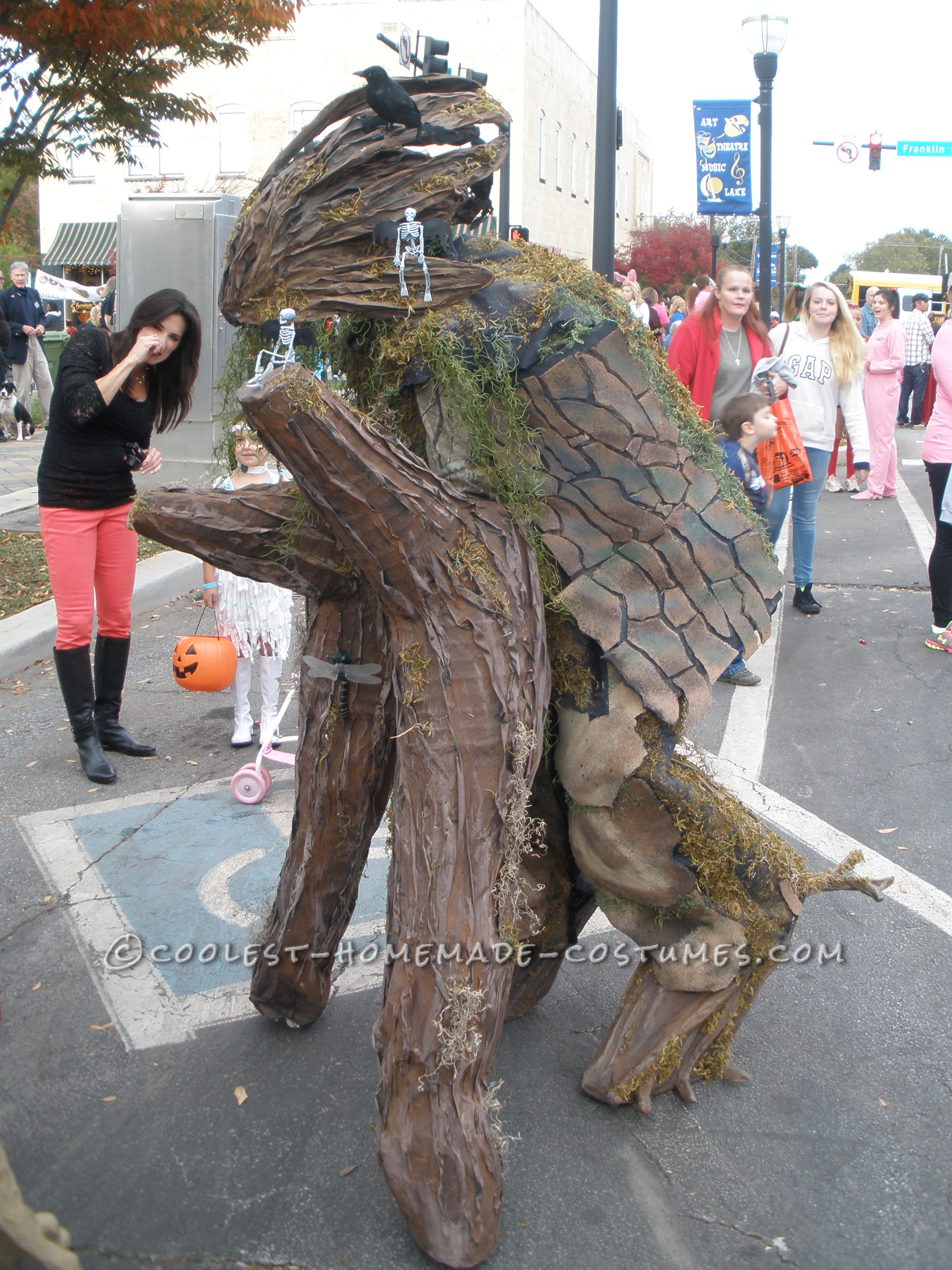 My kids decided that they both wanted to have quad costumes, that is to walk on all fours. I am always up for the challenge but I worried that I had over extended myself by committing to two such huge projects, but they jumped in and helped and we pulled it off. The kids wanted to each have unique costumes that were not at all the same. My son went with scary, and my daughter went with not so scary.

My daughter wanted to be a mystical tree and looked up images on the web. Now of course a tree is stiff, so we had to try to figure out how she would walk, so we came up with the idea if digitigrade stilts, kind of an animal looking foot and that would also give her height (she is short). We then decided to mix textures to make this costume have some pop. We used a bike helmet for the head, so it could be huge and change her shape. We also used mostly recycled items. I got paper packaging material that was being thrown away at work to use for the paper mache part of the costume. We went to goodwill to purchase the crutches that were used for the front legs. As I said, both kids were going to be quad costumes so we bought several sets and the checkout clerk asked if we thought we all were about to have accidents and would need that many crutches. LOL, My mother gave me small foam pieces of packing material they throw away at work. Now that we have all the pieces, the fun began. We used the paper packing materials to cover the bike helmet. We then used strips to make ridges to appear at the bark on the tree. The helmet shape was still there and we added wire and covered it in the same fashion. We carved out two sets of eyes on each side and attached battery operated flicker lights from the dollar tree on the underside and in the dark you could see the yellow tips, it was awesome! We did purchase some batting and black material for the body part. We used the foam packing pieces from my mother’s place of work to make the bark pieces on the body so that she could move and bend. We made bark “ribs” on the sides and then covered it in moss on her back and belly. We also used large pieces of the foam to appear as something like armor on her thighs and filled in with smaller bark pieces on the back of her legs and then covered the spots in between with moss. The brown bark was then painted since the rubber foam was all black to start with. This gave it a nice depth. For the front legs, we used the crutches and covered them with paper mache and made them much like the helmet. The paper mache parts were hung on the clothesline and spray painted black, then after drying, hand painted the brown bark by blending several browns. One side of the upper body is lined with Velcro so she could get in and out of it with ease. For a few finishing touches, we used Dollar Tree skeletons and bats to make fairies. We cut the bat wings off and glued them to the skeleton and then sat the skeletons around on the tree parts. We also put a couple crows perched on the branches of the helmet too. This project took a long time to create with all the drying time in between the paper mache layers. We have an enclosed trailer that we were hanging the pieces inside of letting the sun heat the trailer to dry the pieces faster. We had a blast at the Monster Mash in our small town that is put on by the Mayor every year. She danced and worked the crowd the entire time. Everyone wanted to take pictures with her. She is 15 and entered the 13 and up costume contest and won first place. There were only about a dozen entries in that age group, but they were pretty cool entries. The judges asked lots of questions after the contest and thanked us for the effort and working the crowd. They said we helped to make it great this year and this is the kind of thing they look forward to as making it a success and memorable. Before the contest, a few of the people for local newspapers took her picture and then found kids in the crowd to stand in and take pictures with her for the paper. This was definitely a family project and so worth it. She is already talking about next year’s costume! I LOVE HALLOWEEN! 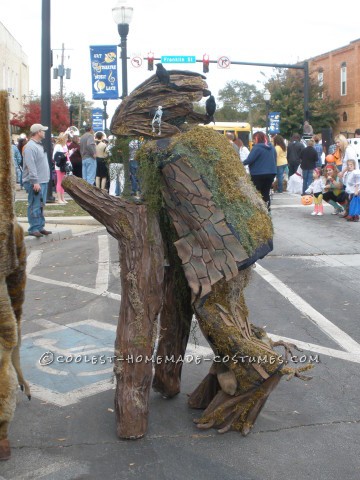 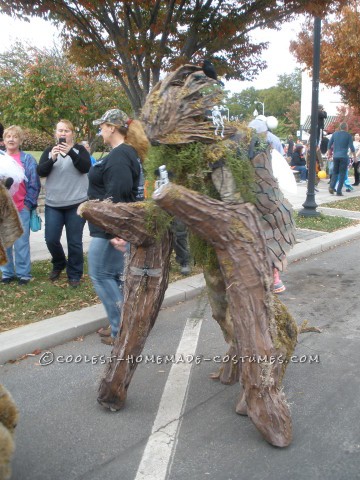 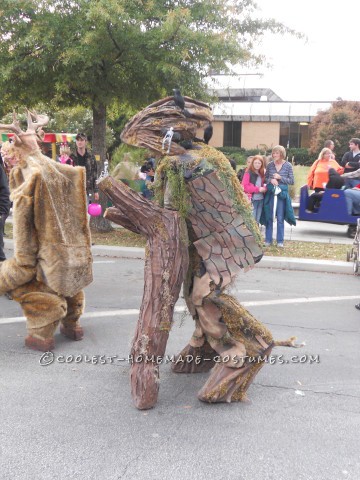 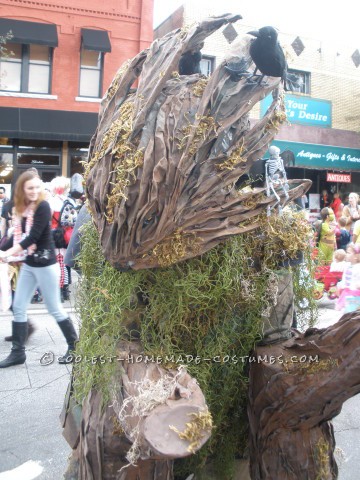