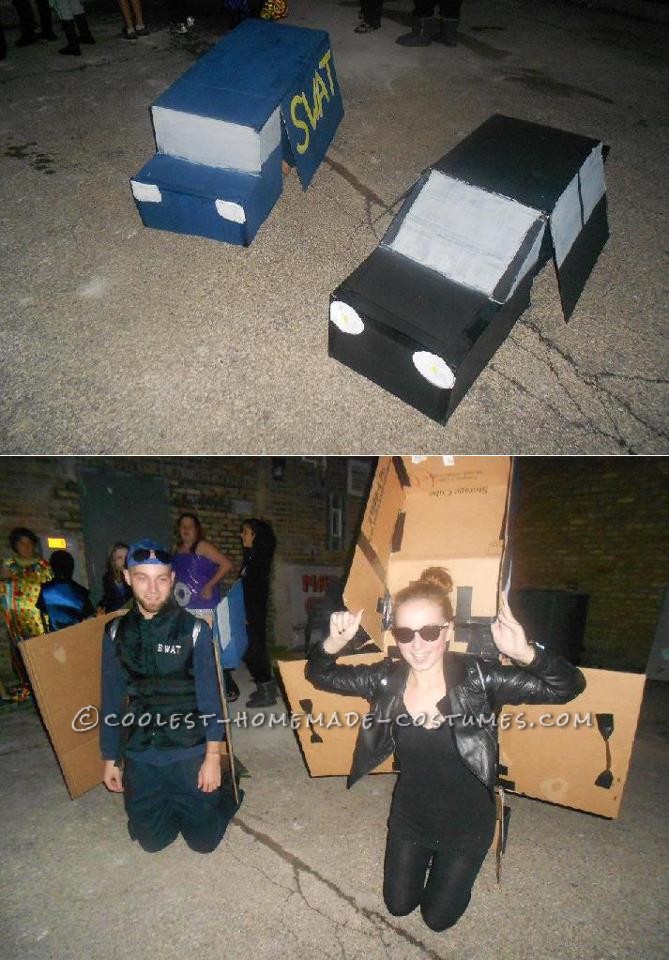 Last Halloween my boyfriend and I decided to go as cops and robbers for Halloween, but with a twist! Instead of normal cops and robbers, we were Transformers! I went as the robber and a black four door and he went as the SWAT member with a SWAT van. We started by getting a ton of boxes from local grocery stores (Target was really awesome) and from there we played it by ear making our cars.

We weren’t high-tech or methodical at all, there was no real plan, we just started making the boxes into cars and tried them on to make sure they fit! The cars fit on our backs like backpacks and we made the straps out of electrical tape. We used Tempura paint (spray paint didn’t work) and our costumes were pretty simple; I was all in black and he wore blue with a hand painted SWAT hat. When we were standing, we looked like a cop and a robber, but when we knelt down the cardboard boxes folded down and transformed us into cars!