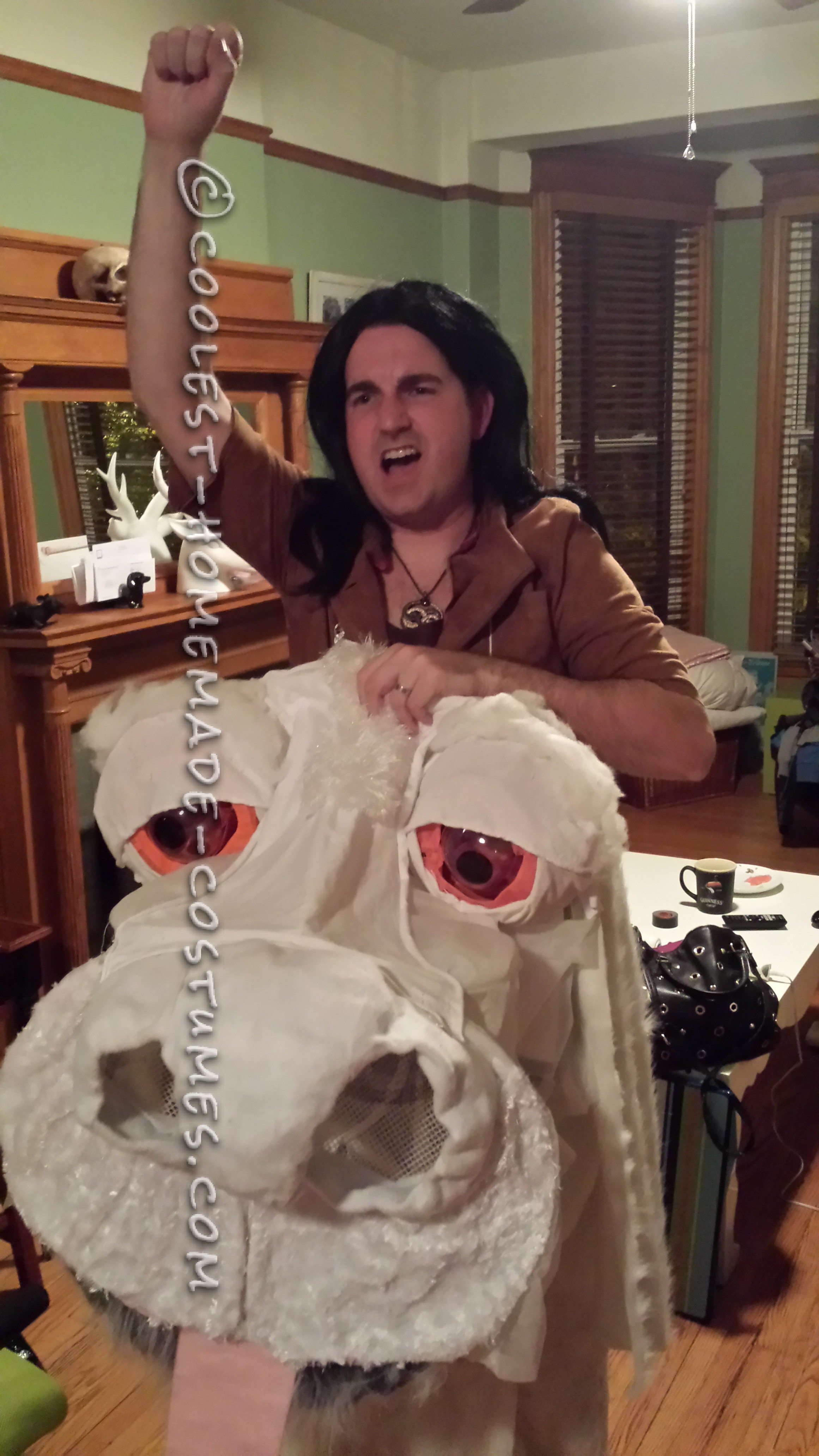 Growing up I used to watch this movie all the time and after many years I finally figured out how I could make it into a worthwhile costume.

In order to pull it off I needed to be able to have the base if the costume be Falcor and be able to transition to Atreyu riding Falcor. So the head of the costume had to be two parts so that I could wear it as a headpiece and then lift it off and slide to the back part to wear it.

I started off with some sketches and a collapsible mesh laundry basket from Ikea and an old sheet to try out the transition. After a couple prototypes I added a second laundry basket, some eyes made out of plastic Christmas ornaments and a nose made by using aluminum foil catering covers and felt for the base of the costume. Then filled in the details with various white fabrics and faux fur for the ears. Making the eyes and nose recognizable was truly important to me so I took great care to pay attention to detail. Since I don’t sew, this costume was put together using glue guns, safety pins, fabric glue and zip ties.

The Atreyu portion of the costume consisted of a hippie wig which had the straight hair like he had in the movie. Then I took a woman’s brown leather coat and cut the sleeves down and took out the liner to make it similar to the movie.  The look was almost complete but was missing one key component. much easier but the necklace was key. I found one on Amazon to complete the look.

Atreyu and Childlike Empress Couple Costume from The Neverending Story