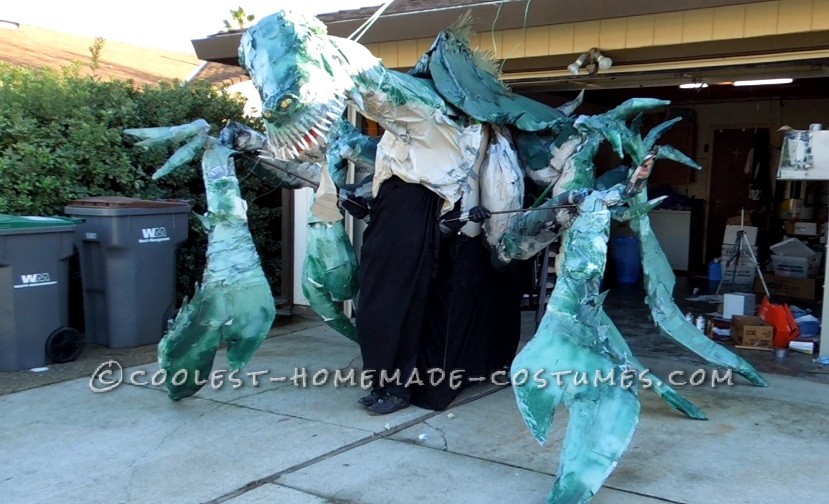 On this year, I wanted to be the acklay, the crab-like arena beast from Star Wars Episode II: Attack of the Clones. It was going to be life-sized, standing nearly 10 feet tall when the neck was raised. This costume took more than 4 months, and much of the space in my garage, to complete. 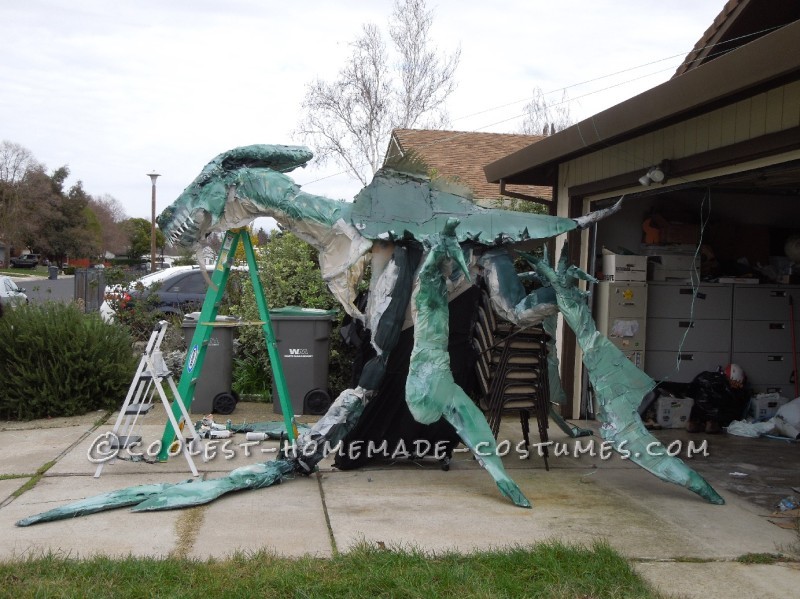 The Acklay’s 6 arms were over 6 feet long. The forearms were based around cardboard cutouts that were reinforced with plastic tubes, padres with crumpled paper and water bottles, and covered with cardboard.

These forearms were attached by rope and duct tape to the upper arms, which were shorter and consisted of singular jeans pant legs, stuffed with water bottles. Later, the two front arms were extended by over a foot with sections made of water bottles, covered with disposable plastic table cloth. 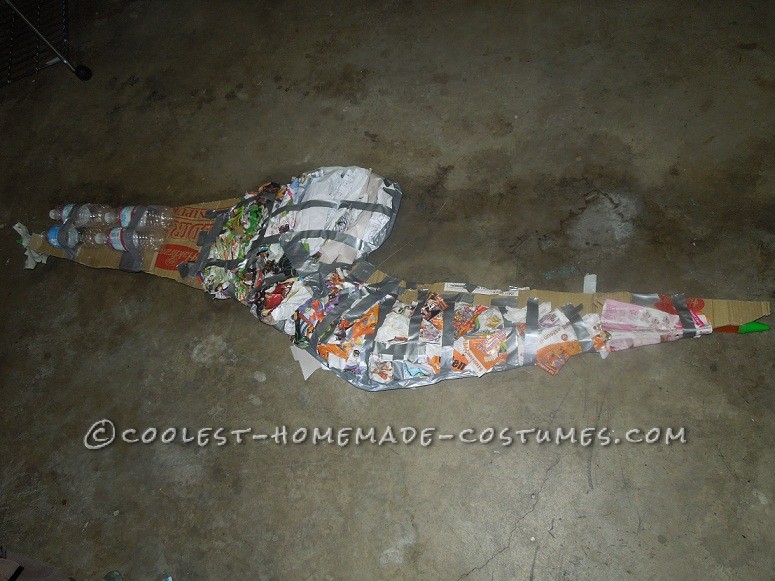 The head of the Acklay was formed around a few pieces of cardboard and was over 3 feet long. It was padded with crumpled paper and covered with cardboard. Supporting it inside were a wooden dowel and a golf club, which helped connect it to the neck, which consisted of two metal rods, formerly stilts, underneath a cardboard shell. Objects such as an inflatable ball were used to support and shape the top of the Acklay’s neck.

The head was decorated with 23 plastic spoons and knives. The backs of 3 spoons formed the 3 eyes, and the handles became the Acklay’s teeth.

The lower jaw was partially held with duct tape, and a rope tied to the jaw on one end a small shovel for a handle on the other end would have opened and closed the mouth, but this idea was later scrapped. More cardboard was used for the “goatee,” and pieces of cardboard covered in paper were used for the flaps on the sides of the jaw. 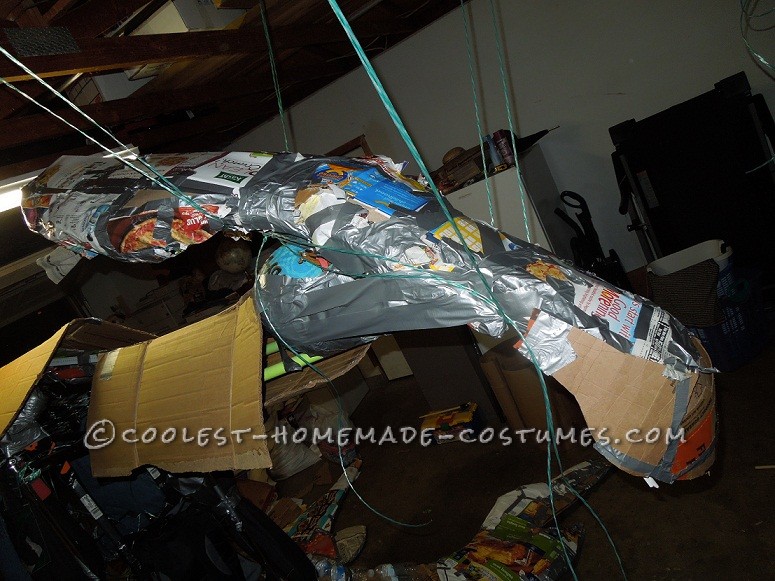 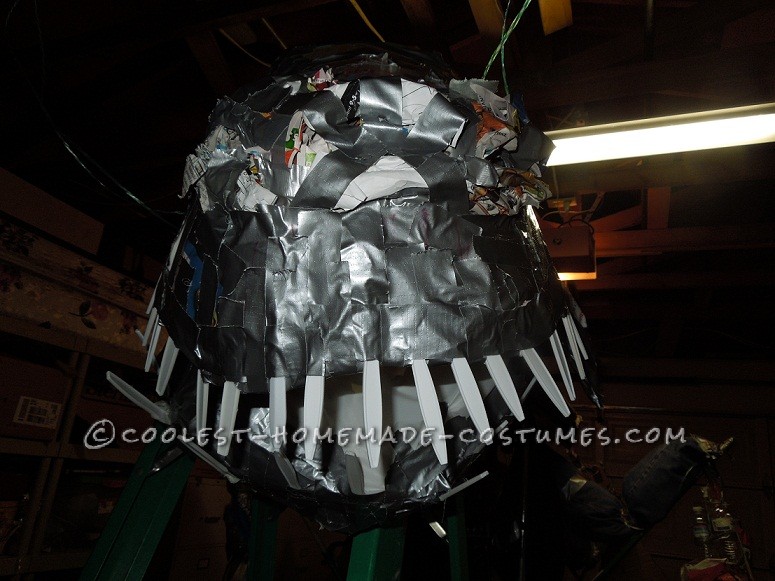 Assembly on the Base

The middle and back legs were held in position by a combination of long mop handles, which connected to the middle of the laundry rack, and by suspension by fishing line, which was tied between the tips of the mop handles and top of the laundry rack. The head and neck needed to be supported by ropes, which hung from an area higher than the Acklay itself.

Using a few layers of bent cardboard, I created the shell of the Acklay on top of the laundry rack. Some cardboard was also taped around the rack to represent the shape of the Acklay’s abdomen. 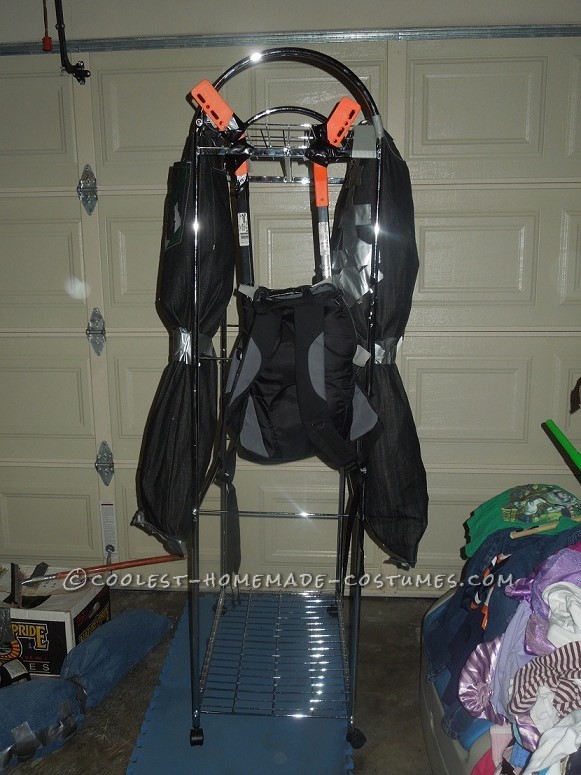 For the three claws on each hand  of the Acklay, I used recycled water bottles. Two water bottles duct taped together and topped with a cardboard cone formed each finger. I used a total of 36 water bottles for this step. 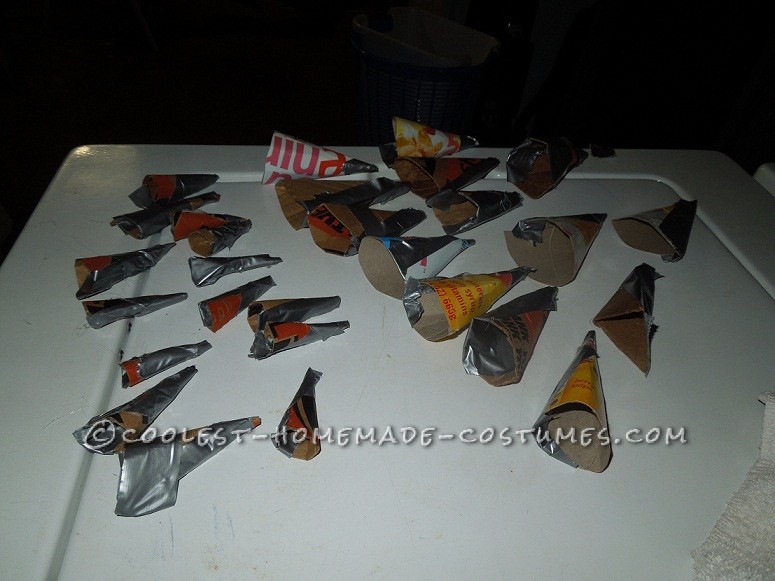 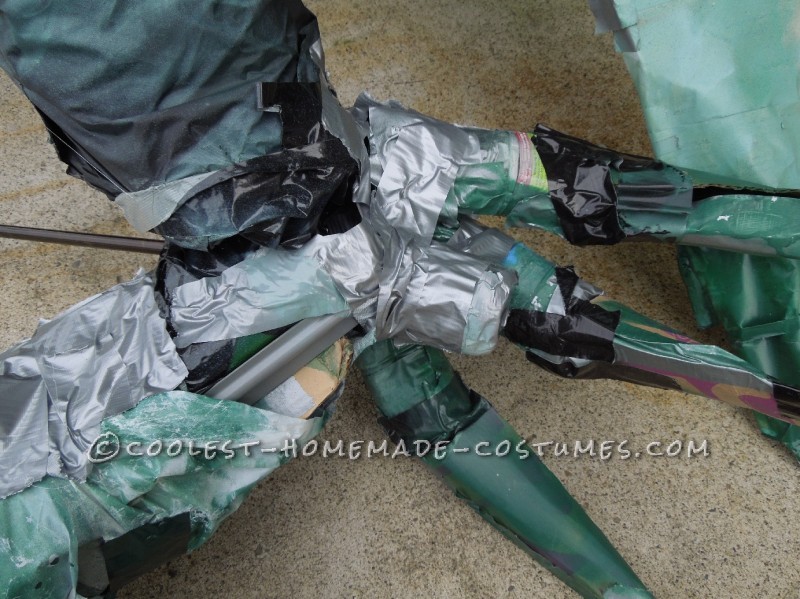 To finish the form of the Acklay, a few areas were covered with disposable plastic table cloth, to simulate loose skin: the underside of the neck, the front of the torso (which would cover the person wearing the costume), and the inside of the mouth. I used duct tape to apply the plastic tablecloth.

Then it came to paint the Acklay. I used shades of yellow spray paint on the eyes and neck, and a few shades of aqua, tan, and green spray paint for the rest of the body. The inside of the mouth was painted red. 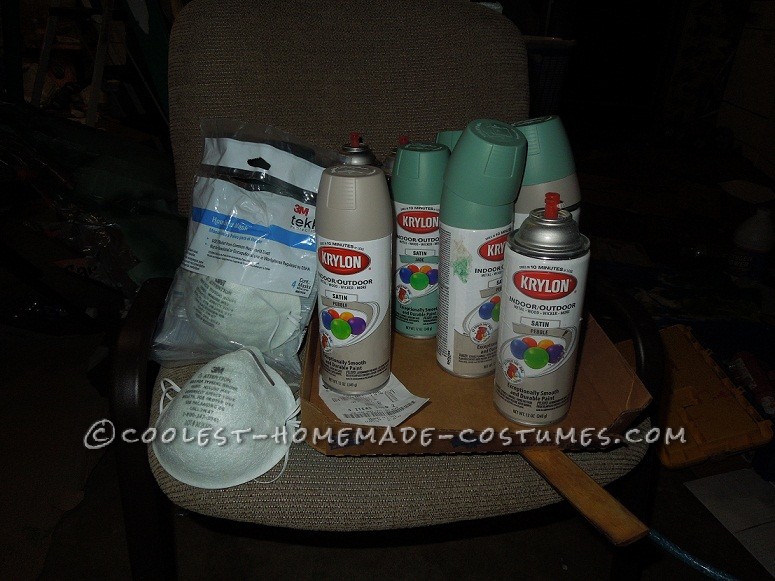 To keep the focus on the Acklay, I dressed in all black, with a black hood covering my head, and covered the bottom of the laundry rack with several yards of black fabric. When wearing the costume, I fit directly behind the front of the Acklay’s torso, strapped into the backpack attached to the laundry rack.  I supported and moved the two front arms by holding onto metal curtain racks that had been attached to the forearms. The whole Acklay would move, somewhat precariously, when I walked forward. 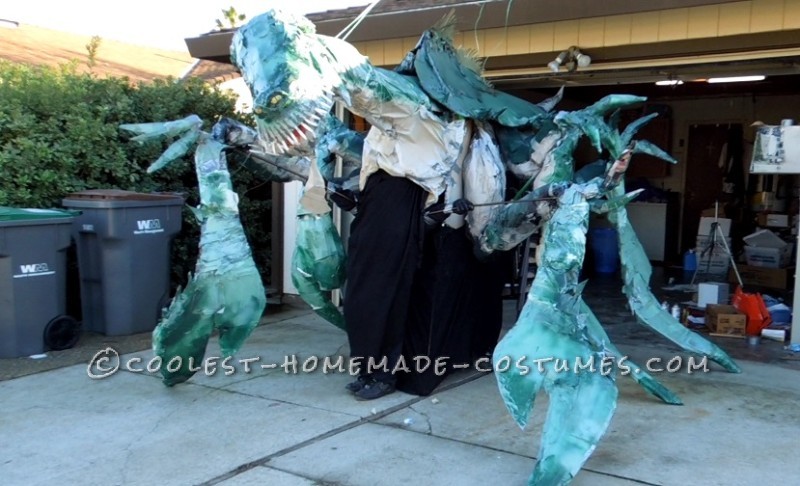