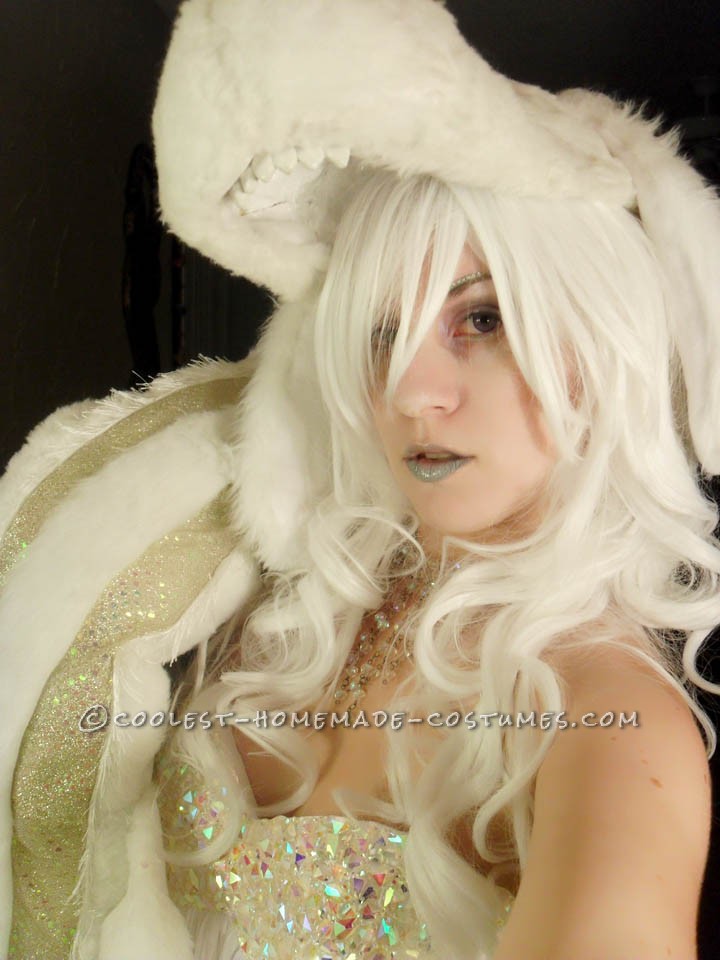 The story of this costume begins with the dress.  I found this amazing piece at a local thrift store and the iridescent beaded bodice was too much to resist.  It was worthy of a Ru Paul runway show and I had to have it!  Already having a closet full of sparkly stuff, I needed a practical application for the dress in order to justify the purchase.  Halloween is the closest thing I have to a religious holiday, so a character costume just made sense. Falcor the Luck Dragon (Never Ending Story) was the perfect color pallette, plus it was a character I had never seen done before.

I began by sculpting the head and face out of 10 gauge coated wire.  Once I had the main form constructed, I “fleshed” out areas with chunks of upholstery foam, which were then shaved down to the appropriate sizes and curves.  The whole thing was coated in paper mache to make a solid cap I could wear on top of my own head.  I decided early on to make the head a cap instead of a face covering mask primarily for comfort reasons.  I’ve suffered through many a costume event unable to speak, drink, or breathe, and wanted to make this costume as easily worn as possible.  After the paper mache was dry, I actually ended up making incisions inside the head and pulling most of the foam back out.  This wasn’t part of the plan, but the finished head was just too heavy.  Hollowing him out made it more comfortable to wear and the incisions would later be hidden by all the fur and such. The whole deal was given a coat of white paint to provide a consistant base.

“Skinning” the head was a lot of fun.  I bought several different grains/ lengths of faux fur and the iridescent scales fabric at JoAnn’s.  I made a few rough patterns for the facial hair using wax paper but a lot of it was really draping, hot gluing, and trimming until it felt right.  The nose, teeth, and eye wrinkles are sculpted out of  Free Form air clay (again, to keep it light). The eyes are cheapo craft acrylics, coated in a gloss finish and accented with rhinestones, and the nose is actually flocked with Martha Stewart flocking powder.  I’ve been really impressed that after all the petting he has gotten that flocking is still intact.

The body was the beast of this project.  I chose a light weight white cotton over something fuzzier to keep this from getting too hot to wear.  I used my sewing mahcine to sew the stripes of scales and fur to the back, then hand sewed his little arms and legs out of the same fur I used on the face.  There are easily two bags worth of poly-fill inside the body, looely packed to reduce weight and heat.  My one regret with this costume is that I just eyeballed his body length without checking it against my own height.  I have to wear platform shoes with this costume otherwise his tail tip drags on thr ground.  Lesson learned: ALWAYS MEASURE STUFF!

To finish off the look I made little fingerless gloves from the fur and scale fabric, as well as white fur boot covers (mostly to conceal the platform shoes).

The response to this costume has been exactly what I hoped for!  People exclaim that they’ve never seen anybody do Falcor before, other ’80’s children’s movie icon flock to get their picture taken with me, and random dudes will see me from across the room, thrust a fist in the air, and yell “ARTEX!”  The nerdy part of me wants to remind them that Artex was the horse, not the dragon, but I suppose I should just accept the enthusiasm and move on. 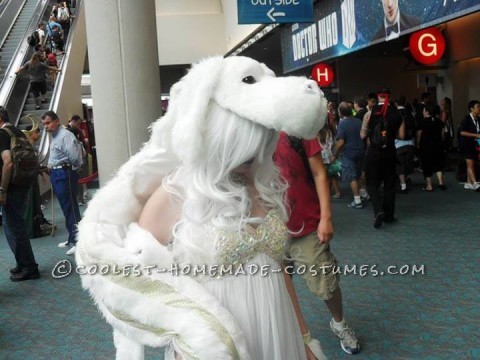 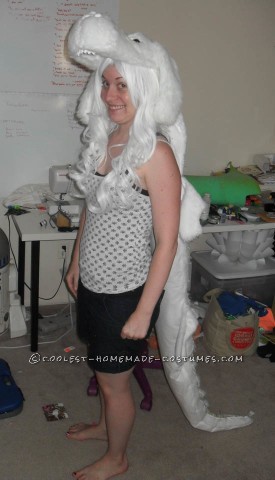 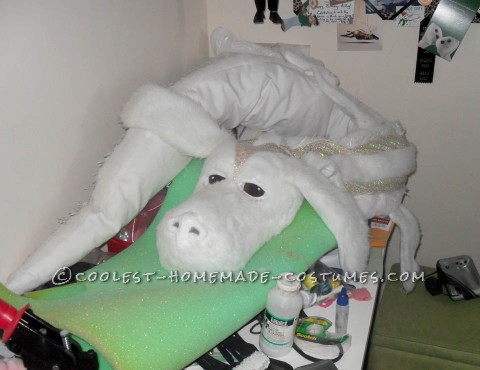 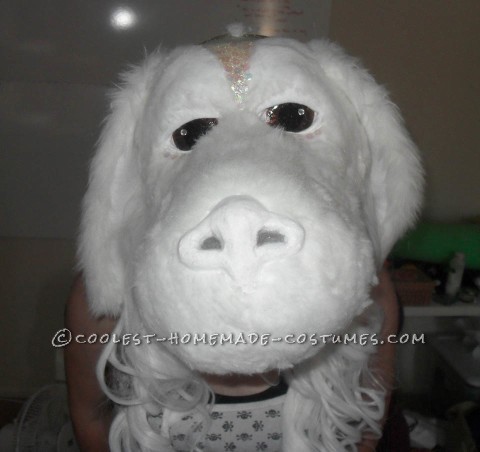 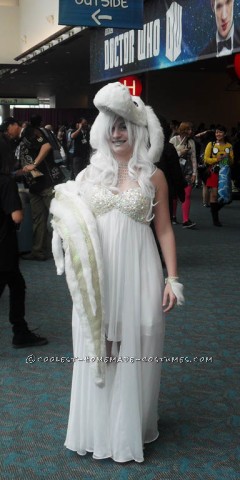 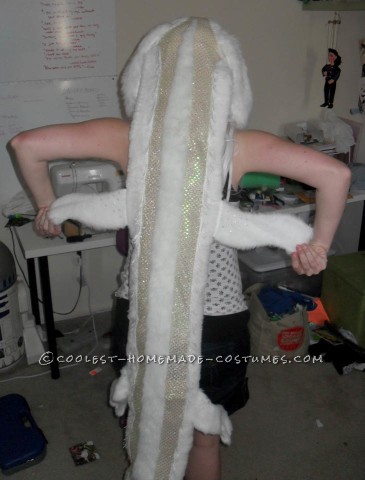