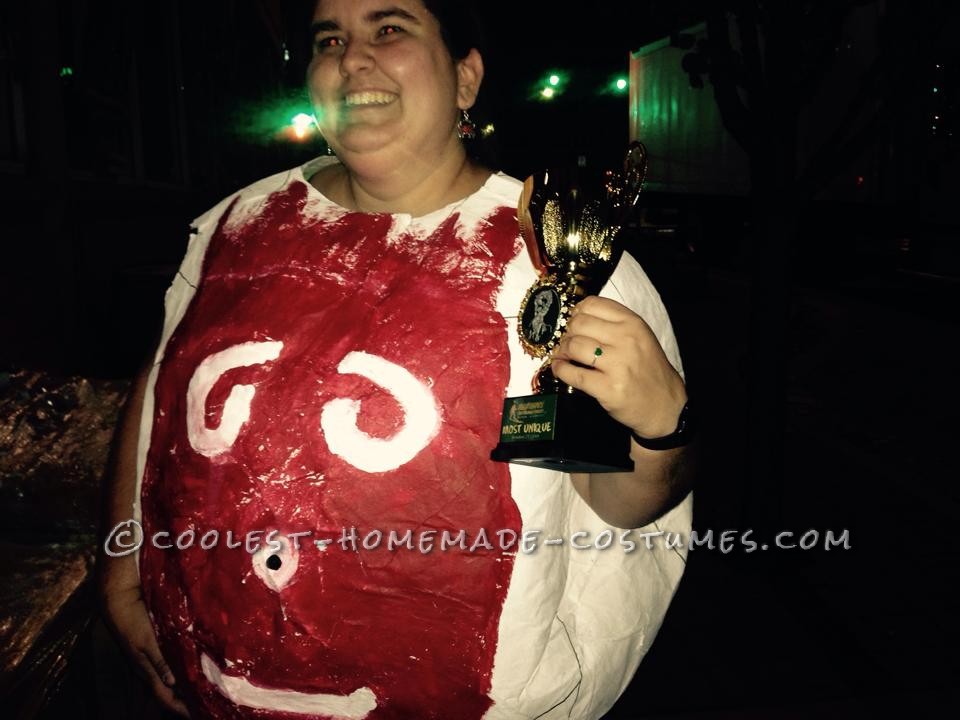 As we stood in the midst of hundreds of people at the 2013 Halloween festival in my hometown of Elgin, Illinois, watching the annual costume contest unfold on the stage before us, I turned to my family and friends and said, “I’m going to be up there next year.” And, as it worked out, I was!

I had seen a Wilson the Volleyball costume during my online travels, and I knew I had found “the one.” I was determined to fashion a giant Wilson to wear for this year’s fest. Nightmare on Chicago Street is a fairly new addition to Elgin’s lineup of yearly events, but it is so successful, well-attended and so fun! It’s quickly become an October staple, and the party of the year here in Elgin. So many costumes, so many decorations, so much fun! And this year, I was determined to get onstage for that contest.

I investigated how others online achieved their Wilson costumes: paper mache. I’m 27 years old and I’ve never done paper mache in my life! So here goes nothing…! I got a 48″ beach ball online, and procrastinated to high heaven on making my costume. A week before the fest, I started work on Wilson, using newspaper and homemade paper mache glue (flour + water, of course!) to add layers to the beach ball. It was a longggg process; 48″ beach balls are huge! For the last layer, I used blue shop paper towels – a trick I found on a paper mache site online. I was running out of time, so three layers is all Wilson got before being painted.

I gave Wilson two coats of white tempera paint on the day of the festival (eleventh hour much!?) and then took a deep breath and painted! The “Wilson” logo on the back came out great, and then the face really came together when I added the eyes and smile to the “bloody” handprint of Wilson’s face, made famous by the Tom Hanks film “Cast Away.” I used acrylic paint for the face and a metallic gold Sharpie paint pen for the volleyball lines and Wilson logo. After “he” dried, it was time to put him on and cut out arm holes! When I first got him on, I started to cry. My costume dream had come true, and I had made it a reality! My best friend helped cut my arm holes and refine my neck and hip holes. And there he was – WILSONNNNNN!!!

I had told my family and friends that I would be happy if just one person cried out, “Wilson!!!” to me at the festival, and if just one person asked to take a picture with me. Well, I got more than that! People hollered my way all night long, and some were just so thrilled and excited! I had compliments from so many people, and made so many people smile. That was such a great feeling! And shortly after 10pm, I was called up as one of three semi-finalists in the Most Unique category!!! I was so proud and excited. I was up against two really cool homemade costumes in my category. Svengoolie, a Chicagoland legend, is the presenter for the costume contest every year, and it was such a moment in time to be interviewed by him on stage. And to look out onto the crowd… there were hundreds of people watching! It was just glorious.

And then I won my category!!! The voting was done by applause. I was the last of three to be presented before the audience, and I had so, so many cheers! It was instantly evident that I had won!!! I won!!! And while I didn’t win best overall costume in the finals, it was such a close race, and I am so happy to have won Most Unique! I am so, so proud of my costume this year, and I’m still on such a high! Wilson and I made it! 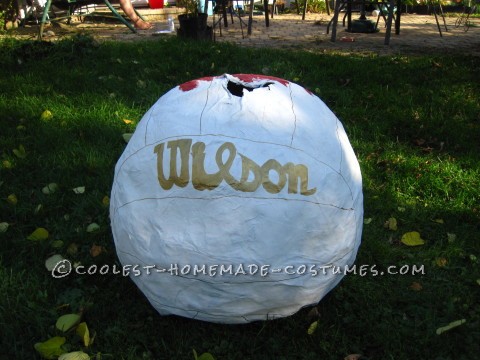 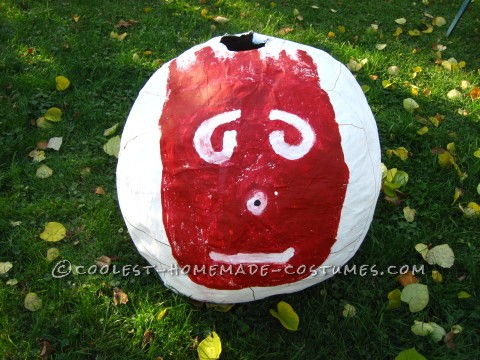 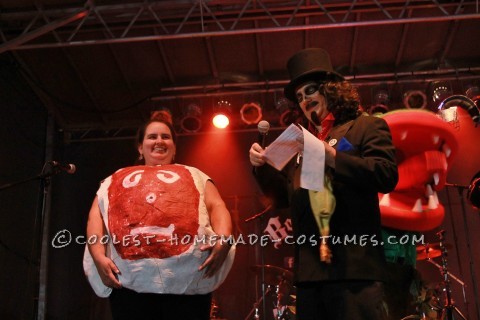 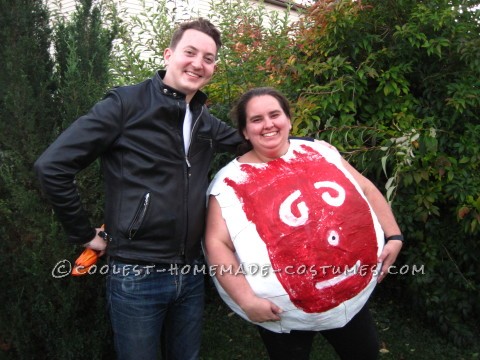 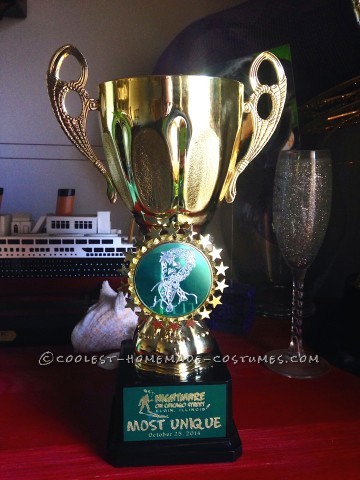 Hand Made Wilson from Cast Away Costume