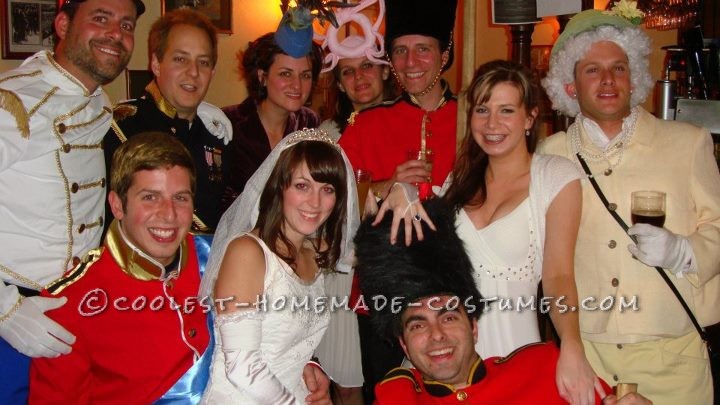 This coolest Royal Wedding group costume is probably the coolest group costume I have ever done. It involved ten people, a limousine with a red carpet, and a real herald trumpet.

From what you see in the pictures, this costume was obviously based on the recent Royal Wedding which happened months before. The only two costumes that were store-bought were the prince’s costume and the costume of the trumpeter. We added some extra touches to Prince William’s costume to make it look more authentic. The trumpeter’s costume was a price charming costume that we modified. He bought a real herald trumpet on E-Bay and let every one know where ever we went, ‘WE ARE HERE”!! by playing a few tunes, (which sounded better after a few pints).

All of the other costumes were put together from what we found or made. The Limo driver was great and even rolled out a red carpet for us at each bar we entered. It was pretty amazing to see. There were cheers from people wherever we went.

We were asked specifically by a bar owner to enter their costume contest, but only got third. It didn’t matter because we had too much fun pretending to be British all night! 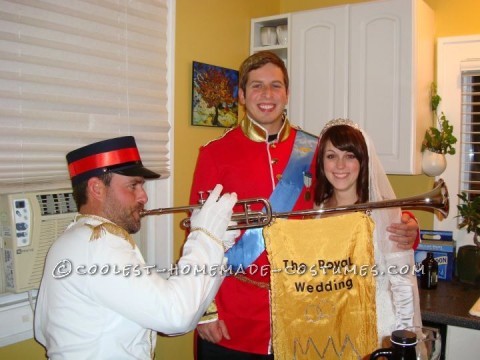 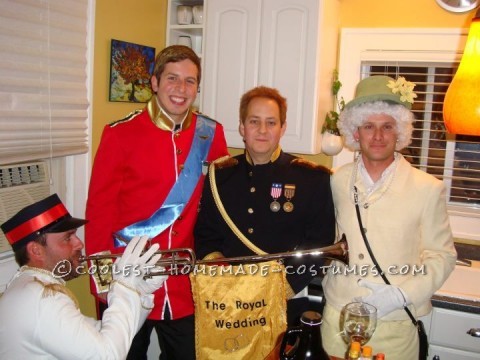 Prince Themed Homemade Costumes and the Coolest Office Ever!