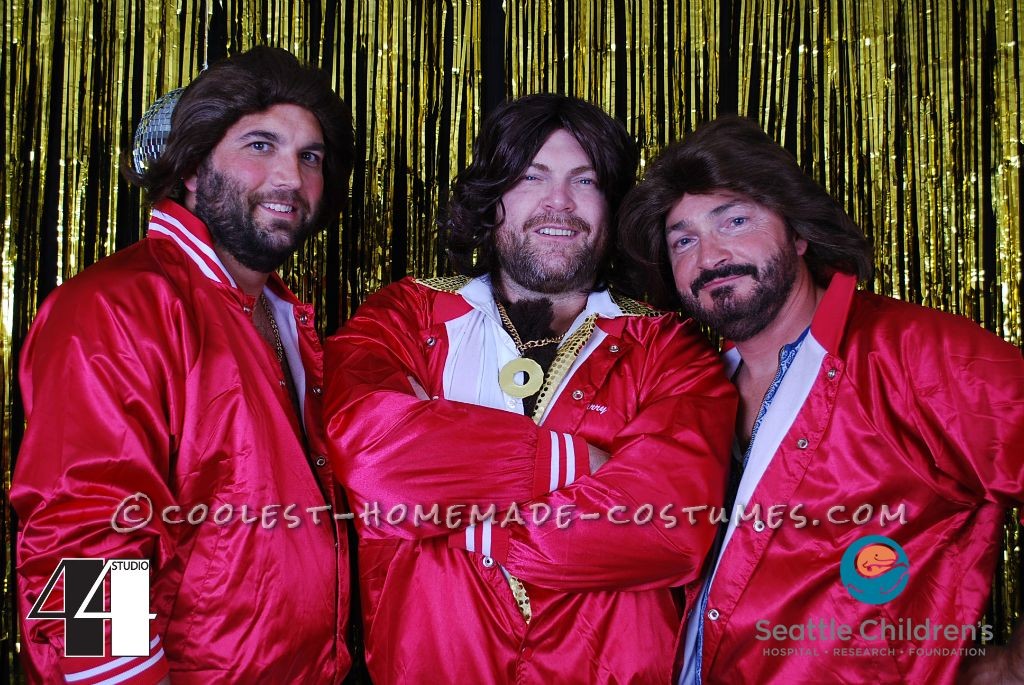 My husband and I were inviting to a disco themed Children’s Hospital Fundraiser party and he didn’t want to just go dressed in a standard disco outfit.  So I came up with the idea of being the Bee Gees and he got 2 of his friends to go along with it. We decided on an iconic picture of the Bee Gees for inspiration.

We ordered the white disco pants, white platform disco shoes and some wigs.  But the best part of this costume was the jackets.  I found some red satin baseball jackets and we created a custom Bee Gees logo.  We put the logo on iron on paper and I ironed them logo on the back.  Then I had each Bee name embroidered on the left chest.

My husband wanted a disco shirt but didn’t want to pay the price for one.  So we went to Goodwill and found a white button up shirt and I found some gold disco material.  I cut out the collar and lapel shapes with my gold material and super glued it to the shirt to give it pops of disco.  One of the guys didn’t wear a shirt and the other one had a shirt from his dads closet from the 70’s.

Final touches included each of them growing out their mustache and beards, Spray on tans, gold jewelery and chest hair.   BAM – DISCO FEVER!

One of the guys had the song Staying Alive on his phone and they would walk together everywhere while playing that song.  They embraced the Bee Gees and people were blown away.

3 different times during the party someone came up asking where they could buy the jackets.  SORRY, homemade!

They won the costume contest that night and there were over 100 people at the party.  They even beat out the Village People.

Honestly it’s an easy, creative and fun guy group costume.  If you are going with girls, again just transform yourself in a disco diva as their groupies. 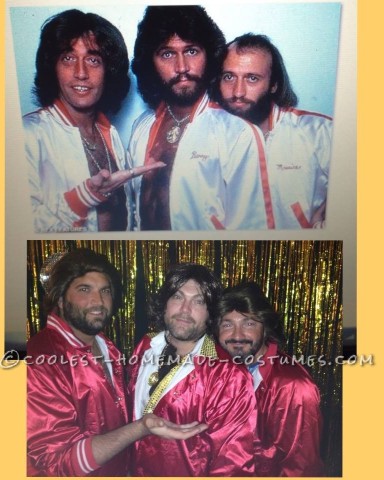 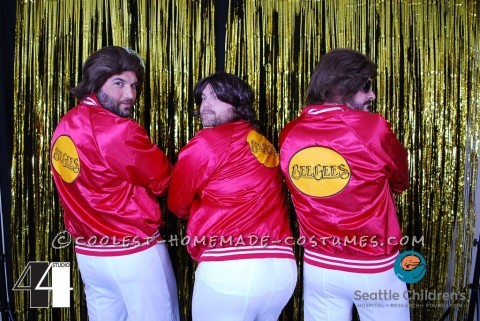 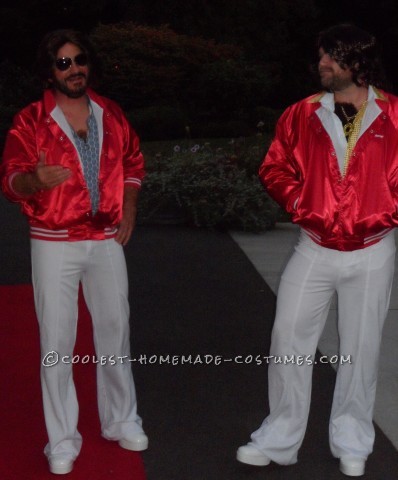 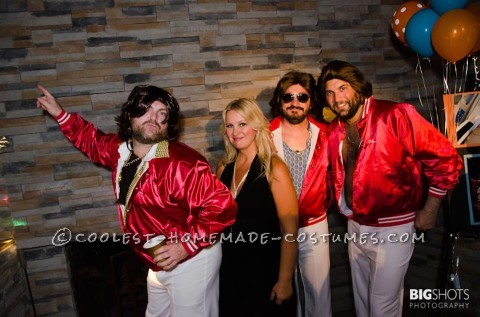 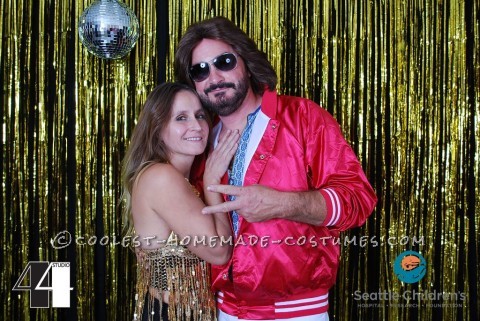 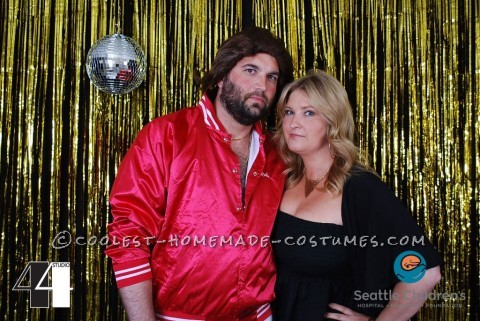 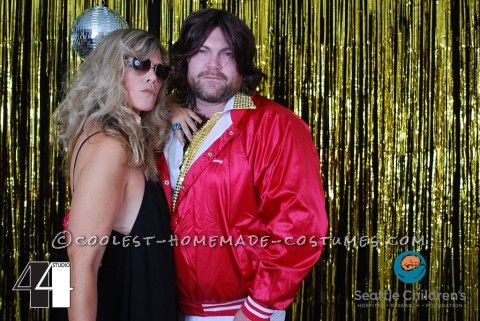