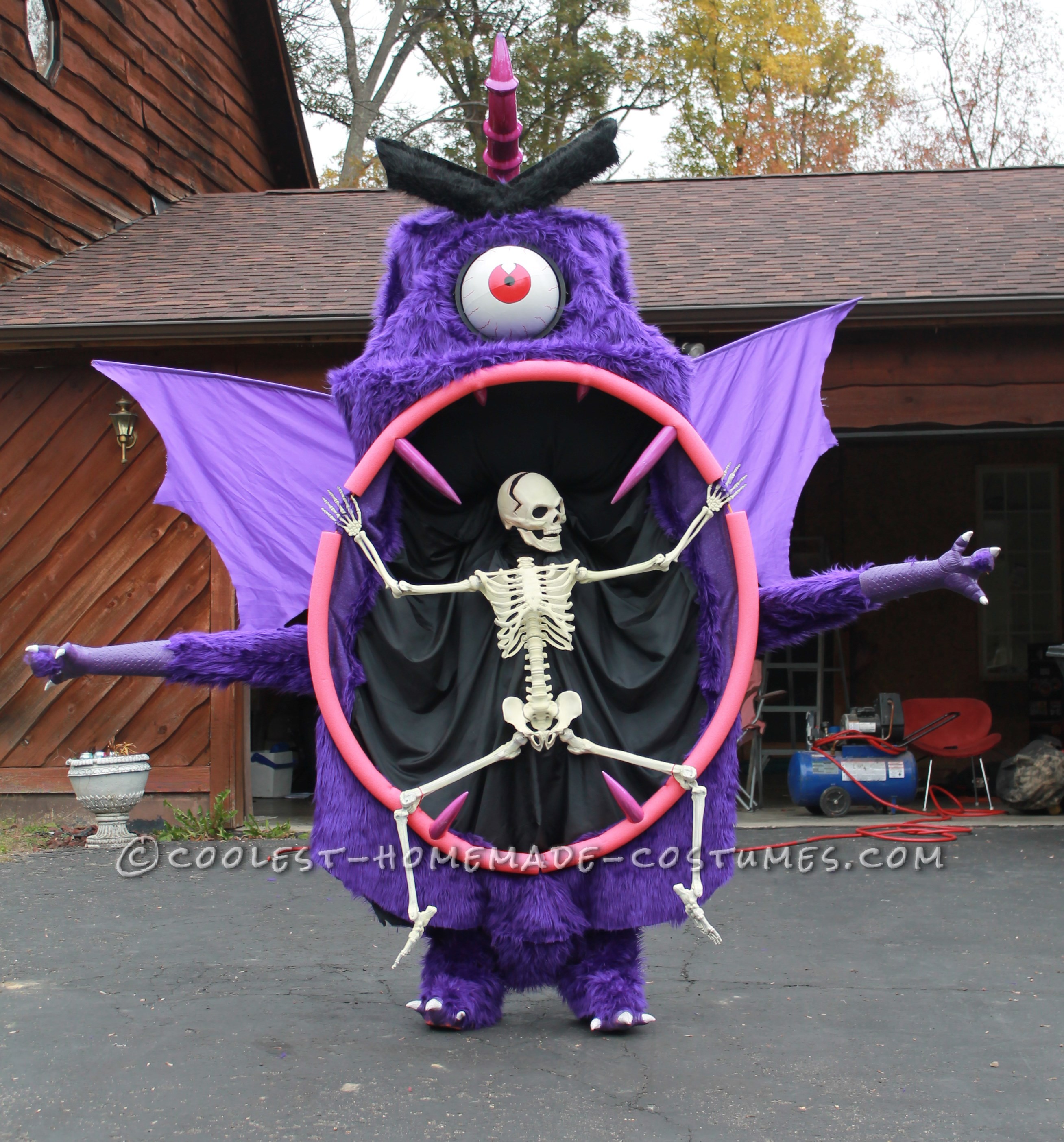 After building several other large originals thru the years, I thought how about the one costume that has it’s own song but rarely ever seen ? It’s an oldie but a goodie, throw back Halloween, the Monster that started it all,  the 1 eyed, 1 horned, flying purple people eater. So I listened to the song and followed the description there in. I am wearing 2 costumes at once, 1, being the skeleton which is my head, 2, the other being the people eater which is my body, legs and arms. The eye moves up and down and side to side and self centers. The skeleton also moves within the monsters mouth hanging from it’s lips/teeth  and glows in the dark, the monster also has a blue tooth speaker mounted at the base of it’s horn so it can play rock-n-roll music from the horn on it’s head.

Materials used are 20 yrds long pile fur 1/2 inch & 3/4 inch  PVC piping, 6 yards of silk, 1 headless skeleton, 1 skull mask, 1  16 inch bi axle globe (for the eye), Styrofoam for the horn and teeth. Elastic tent poles and pink (swimming) noodles for the mouth, 6 yards black silky like fabric, and arm canes for the arms, 1 set monster hands and feet both of which needed painted, 4 inch platform boots, wings are tent poles as well, and a round saucer sled for the head, misc screws, glues, padding, strapping and tapes.

I could not walk 2 feet without having to stop for pictures, lol. Actually it was quite pleasing to be in so many photos with so many different people and costumes. Most people could tell right away what it was certainly amongst the older generations, even those that might not have known it really liked it, I had Angels posing kissing the cheek of the skeleton while others even hugged me lol. Most were not aware at first that my head is the skeleton head and were startled when I spoke or moved my head, others thought I was the skeleton and the monster was a prop or operated by an additional person.

I sewed every stitch myself, something my now deceased grandma taught me  a few years before her passing. I even used the sewing machine she left me to do so. The before picture of my costume of the materials took up an entire pool table 4 X 8 and almost 2 feet high, The reaction I got on Facebook after posting the before pics were as amusing as the after reaction, lol. 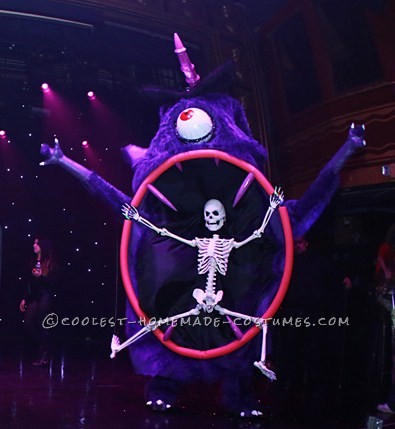 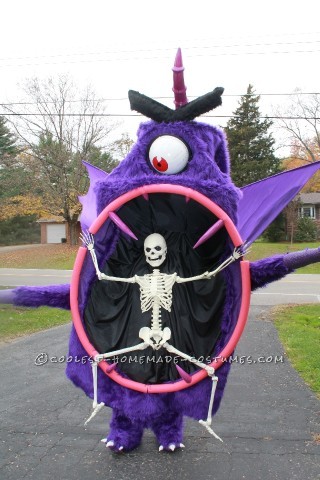 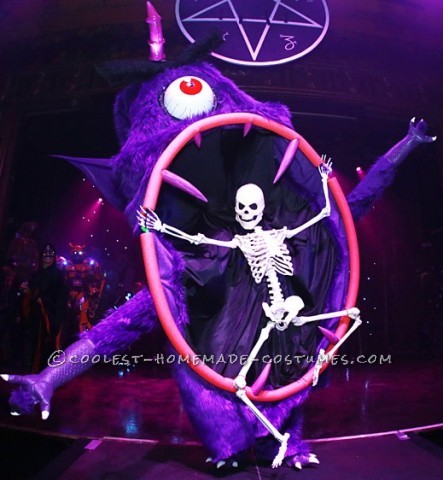 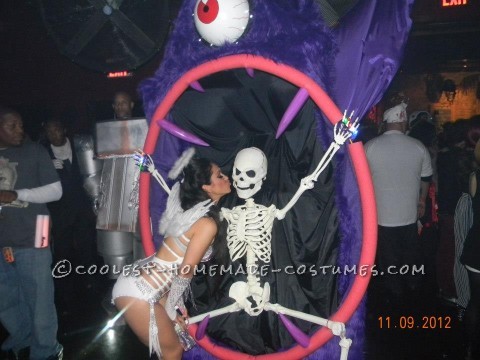 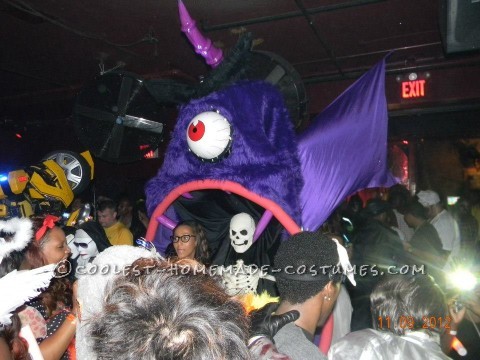 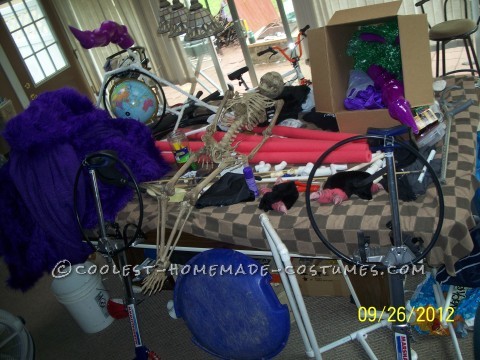 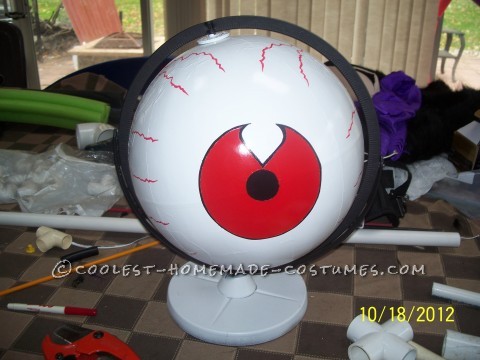 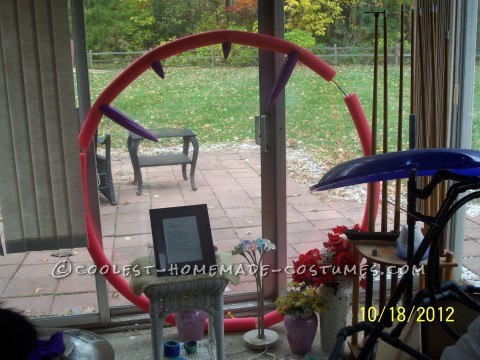 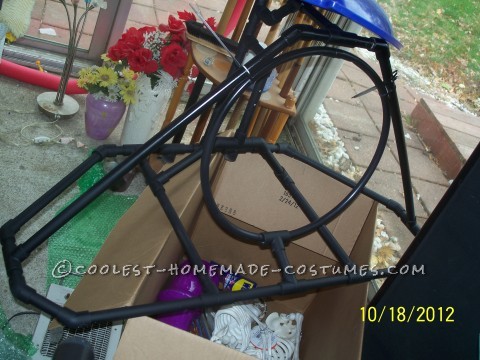