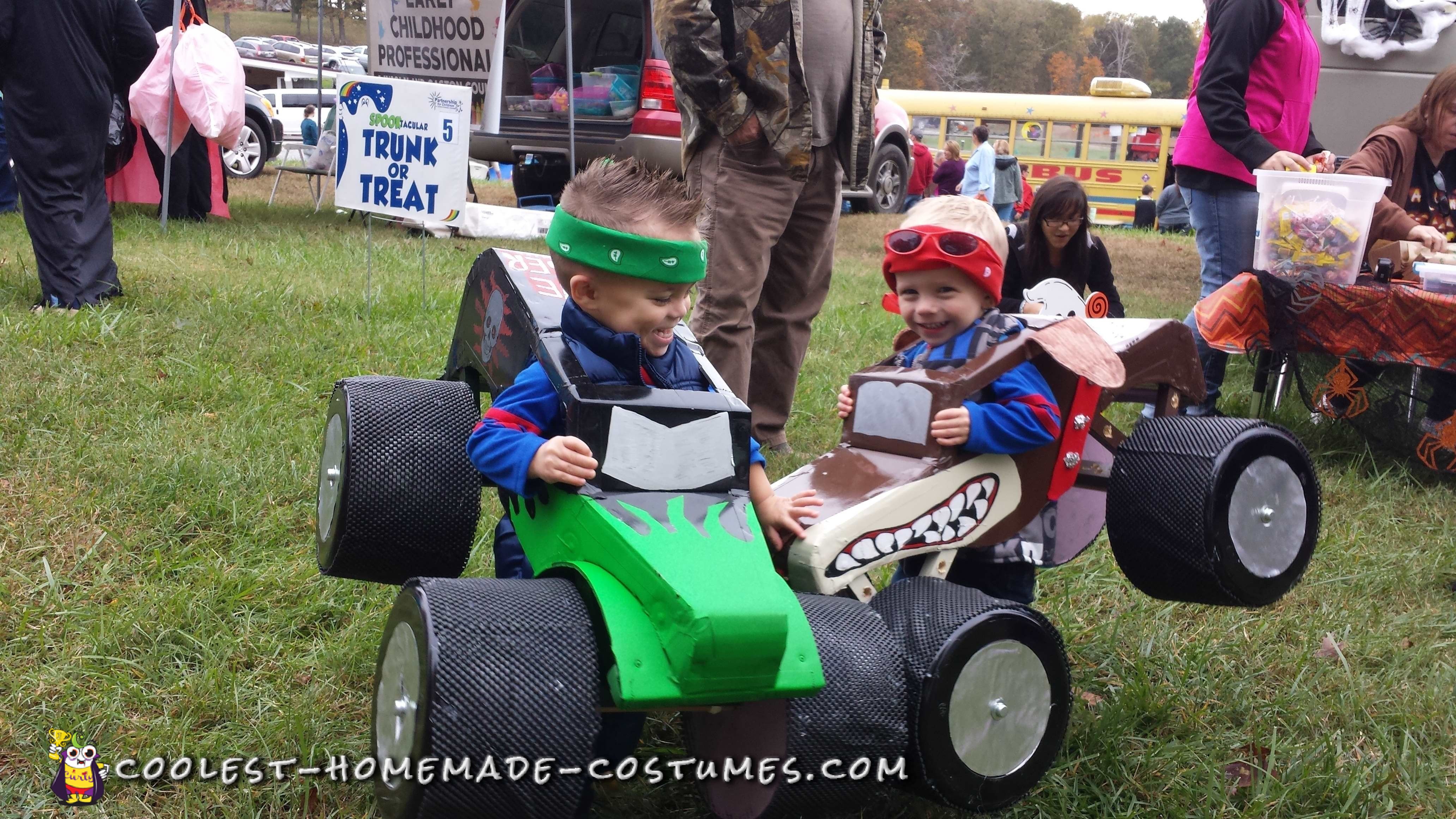 Here are our Grave Digger and Monster Truck costumes for twins.

Shortly after our twin boys turned 1 we bought them their first monster trucks. Henry picked Grave Digger and George picked Monster Mutt. From then on they have carried them with them wherever they go. When this Halloween rolled around it was an easy choice when we asked them what they wanted to be. Henry said Grave Digger and George said Monster Mutt. Initially we thought that would be impossible.

After a short search on the internet we found some inspiration of how we could make it possible. They would carry the costume on their shoulders with their head out the top and arms out the windows. After measuring their height I was able to generate a profile for the monster truck sides and top. This made it easy to transfer the profile to a piece of foam poster board and cut out.

The poster board is fastened together with 1/8” rivets which have washers on both sides so they don’t pull through the material. Fender wells were added to give the body some rigidity. All the joints were taped with some duct tape to smooth the body before paint. The tires are made of buckets that were cut to size, then filled with 2” thick foam to support the ½” dowel rod used for an axle.

I masked off and painted each truck with general spray paint. The detail on both trucks was completed by my wife Jill. She used some fabric for Monster Mutts tongue, nose, ears and tail. The Teeth are drawn on with a paint marker. Grave Digger has some skulls that were cut out from a table cloth and glued on as well as some BAD TO THE BONE markings on the back with a paint marker.

Total time in each truck is about 8 hours but after seeing the boy’s reaction it was time well spent!

Needless to say George and Henry were more than ecstatic to be monster trucks for Halloween. They were not able to walk more than a few feet without being stopped for a picture. Everyone was pointing and very happy to see their costumes in action. And trust me George and Henry really put on a monster truck show! They tried to run over each other and everything/everyone in site. After they started going it was pretty hard to get them out of them. 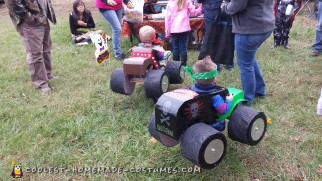 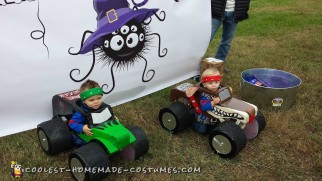 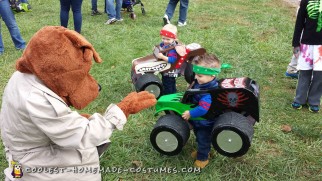 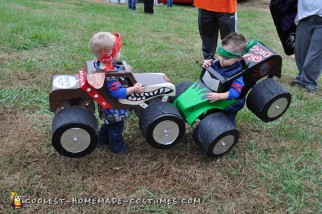 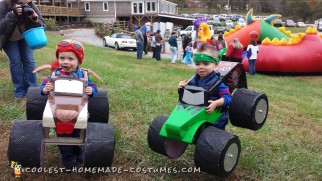 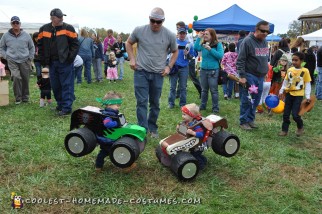