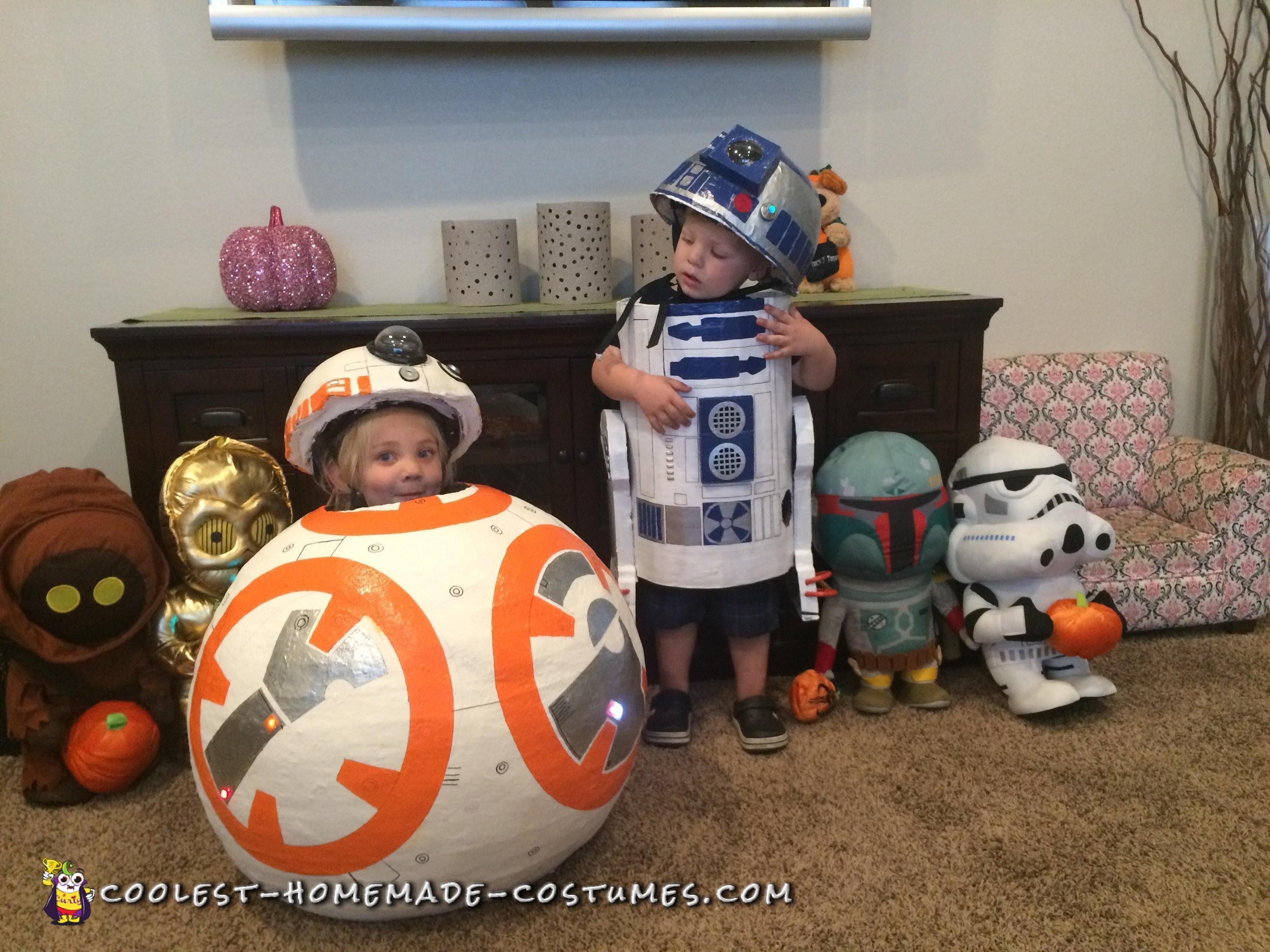 Perhaps these are the droids your looking for?  We just finished making these for our children (Scout, Age 5 and Declan, Age 3).  My daughter is a born princess.  Everything she owns is pink and sparkly.  When we asked her what she wanted to be this year she said that she wanted to be BB8 (The Driod from the new Star Wars movie) instead of a princess or something else frilly and Pink.

So we decided we would make her the best damn Star Wars costume she could imagine knowing that we will likely spend the rest of her Halloweens making Disney princess costumes or something else involving pounds of glitter. Thankfully her Brother will do anything his sister tells him so he was just as excited to be R2D2 or Harbee-Devo as he would say it.

BB8 costume was made by paper macheing the heck out of a Yoga ball and then doing the same with our largest salad bowl for the helmet.  We used a lot of newspaper and then a paper mache clay recipe we found online.

The helmet is made out of one of those plastic containers you get a toy in out of the machines in front of any grocery store.  Then we made the antenna by cutting an old pen in half.  The other one came from a broken RC car remote that someone at Radioshack was nice enough to give me.  We glued those into some old earbud covers from a broken set of headphones I had lying around.

The lights are from some battery powered LED’s we bought on Amazon – they are meant to go into balloons and where very cheap. We glued those behind some plastic cut out of some old milk cartons and gator-aid tops.  The other lenses on the helmut are from an old camera lens set I had lying around that had been meant for a Blackberry phone back in the day. 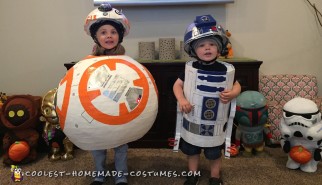 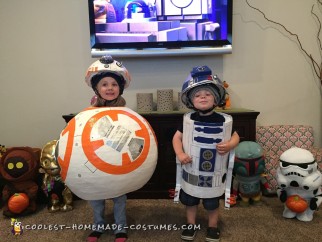