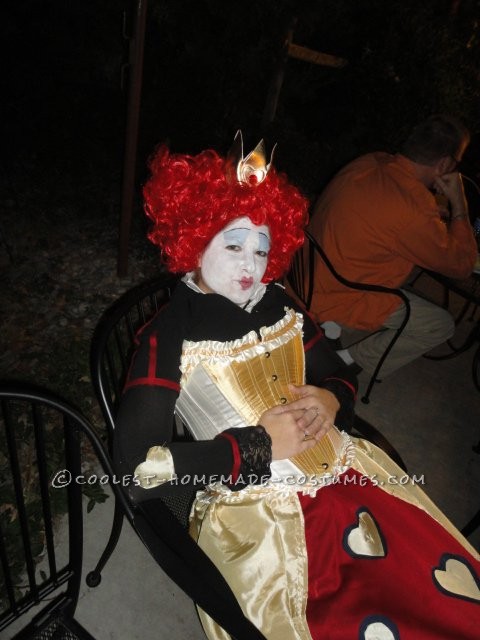 Our group wanted to do characters from “Alice in Wonderland” which had just come out that previous summer, mostly because one of our friends wanted to be Johnny Depp as The Mad Hatter. Anyway, when we started looking for costumes, none of the store-bought costumes were anything special and twice what we wanted to spend. So we decided to make them all and re-purpose items.

The costume base is a black short-sleeved, button up cotton dress. We bought lacy black thigh highs, cut off the foot, and sewed them into the sleeves of the dress. Red ribbon is used to cover the seams and add detail. The collar from an old men’s white button up is used to portray the Queen’s high collar, stiffened with starch. The corset was found on E-bay and simply covered the top of the dress. The skirt is made out of two curtains–a golden taffeta curtain and a red satin curtain–sewn together as a long skirt and held up with elastic. The hearts were made from scraps of the gold curtain and black cotton fabric. A crinoline skirt was worn underneath to help fill out the skirt, and some black boots were worn. Makeup and wig finished off the outfit.

I won $500 at the Halloween costume contest we went to, and my friend split with another Mad Hatter at the same contest. We had a lot of fun and got lots of compliments! It was fun to know how much work had gone into the costume and the outcome was amazing! I have no idea how much I spent, because I didn’t keep track. Even if I spent as much as I would have purchasing a store-bought costume, this was so much more fun! 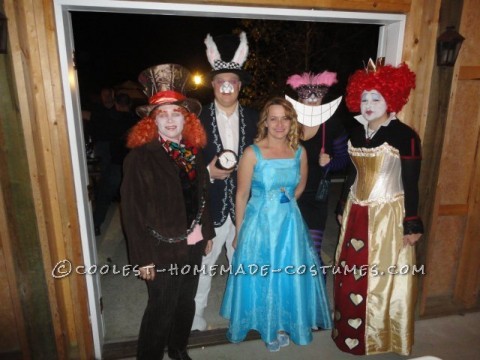 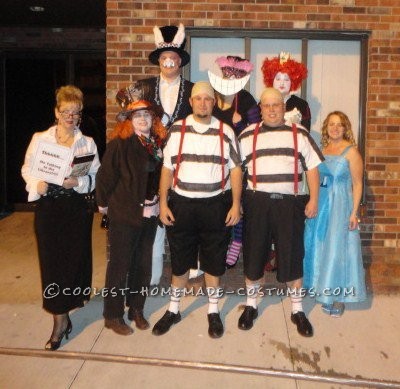 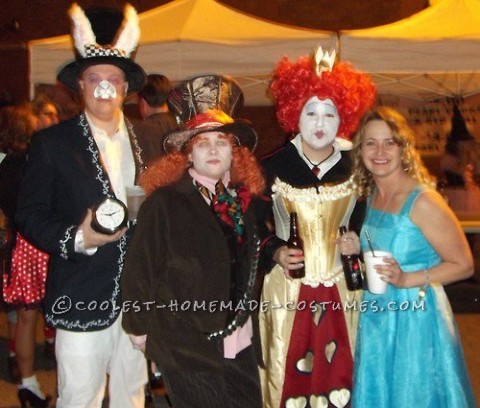 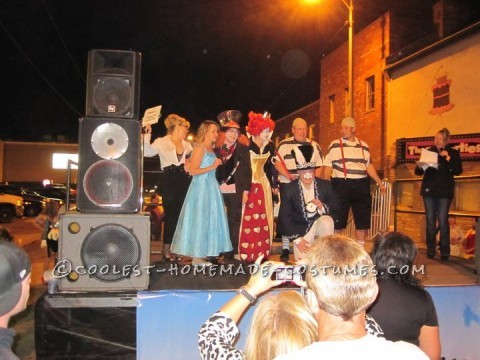