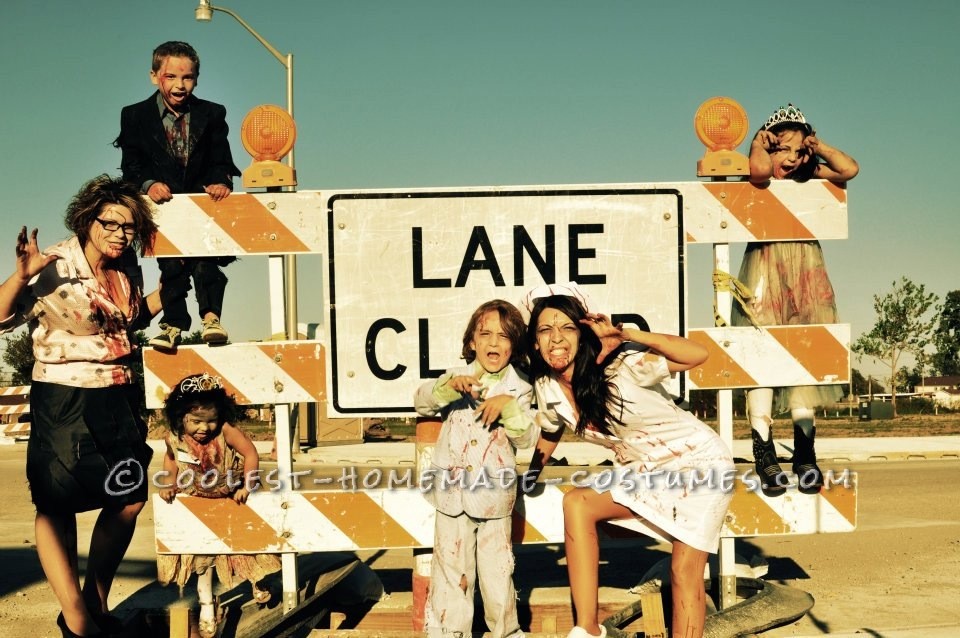 So I wanted something different for Halloween this year. Every store bought costume I looked at didn’t stand out to me. So after looking at random Halloween pictures online, I got the idea to do a Zombie theme. I told my friend about my idea and she quickly jumped on board with me and the planning began.

We decided to do a “Prom Night Gone Bad” theme. The girls still got to dress up in a fancy dress, but just Zombiefied. The boys wore suits, I went as the school nurse, and my friend did the librarian.

We just went to the trift store and found some prom-like dresses for about 5 bucks a piece. We bought the tiarras at a local party store for $3. We just used shoes and tights the girls already had and, voila, we had a costume.

We just so happened to find suits at the thrift store the same day for about $7 a piece, which just happened to be perfect for the costume.

I had an old nursing uniform and hat from my graduation, so I just used that.

My friend found her clothes at the thrift store also.

This was the fun part. I looked up some youtube videos to find the best Zombie makeup. I bought the Ben Nye death wheel to use for the faces. This was about $22, but it was worth it. The makeup stayed on all night.

For the blood I found a recipe to make our own blood using corn syrup and food dye. This was quite the mess because it turned out very sticky, but it added to the effect I was looking for. We bought some fake blood from the store to use too. This was only a few dollars.

We used a knife and some scissors to make holes in the clothes and brought the kids outside and threw some dirt on them. I think that was their favorite part!

The costumes came out so good that we called up a photographer friend of ours to take a few pictures to make it look more realistic.

We got so many complimants on the costumes throughout the night that we decided to never buy a store bought costume again! 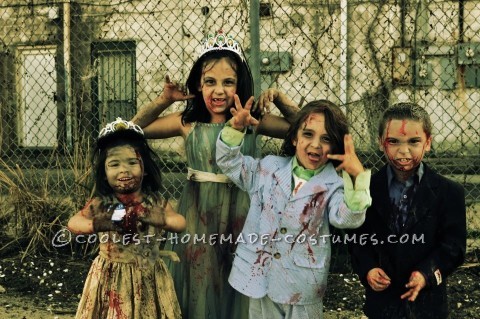 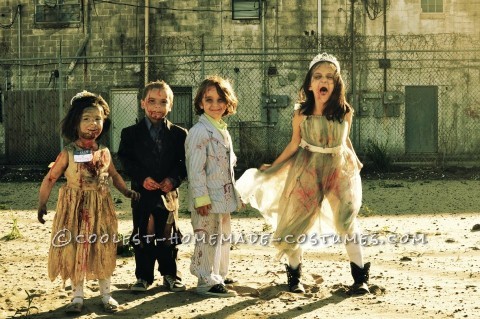 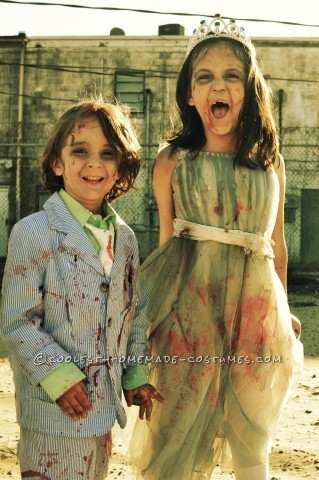 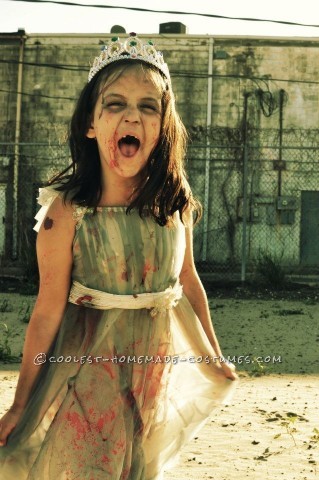 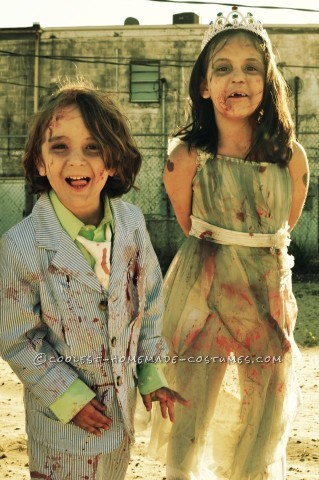 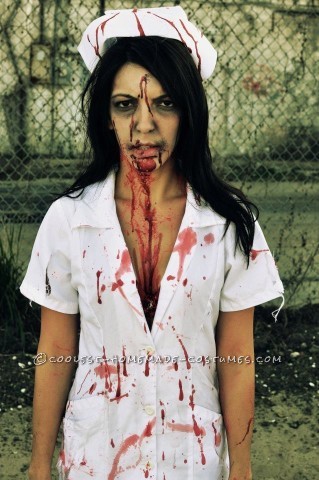