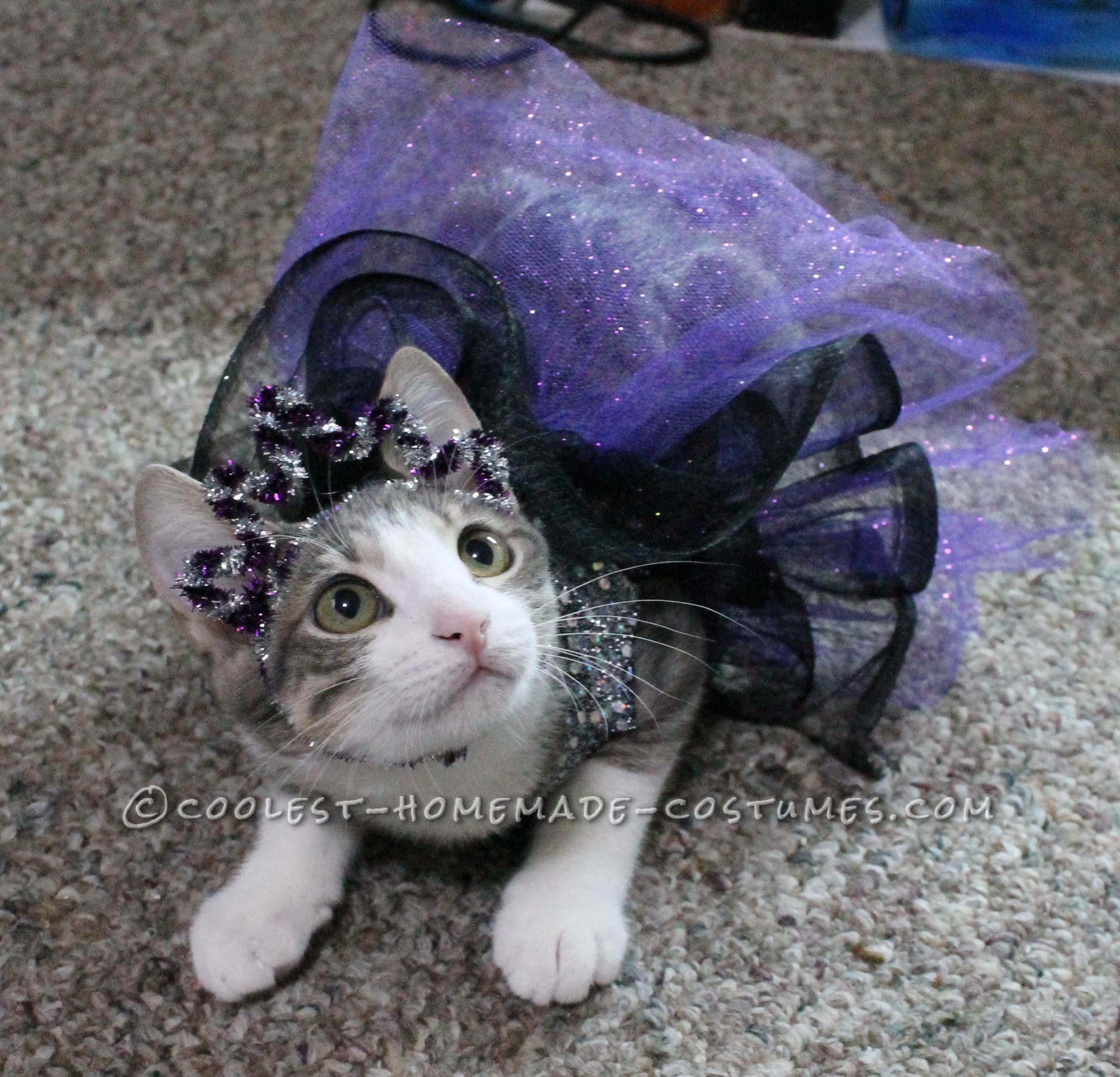 I was just wandering the local walmart crafts department. I was there for some time before these fabrics just caught my eye as they were so pretty and shiny. Me loving glitter and shiny things I had to think what can I make. Well then I saw these glittery pipe cleaners and thought I could make a crown with these and I could make a dress and my newly adopted lil Luna could be a princess!

I chose the disco glittery, black multi glitter tullie and went with a purple glitter tulle for the bottom as I love purple! I then took another already made batman costume I had bought her and chopped it in half to trace out my top pattern. I then drew and cut out and sewed up that pattern using the disco shiny fabric. I then cut out 2  about  30in long strips of the black multi colored glitter tulle and the purple glitter tulle and sewed them both on the bottom of the top piece I had just made. I then took 2 purple and 2 silver glitter pipe cleaners and twisted them together and then formed them into the shape of a crown.

I really feel accomplished as this is the 1st hand made costume I have made. I know the back skirt is a little off but I still think it came out great for a first timer who doesn’t really sew often. I have entered a couple competitions but well not all are judged and well ya can always compete with some of these people with there tons of friends voting. I have gotten tons of comments though from friends and strangers that have seen pics of her in it it that she looks absolutely adorable and that they think I did a good job making the costume by hand. 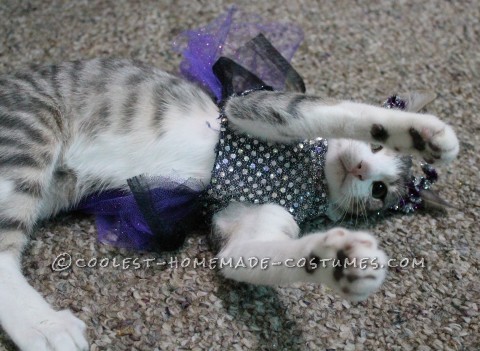 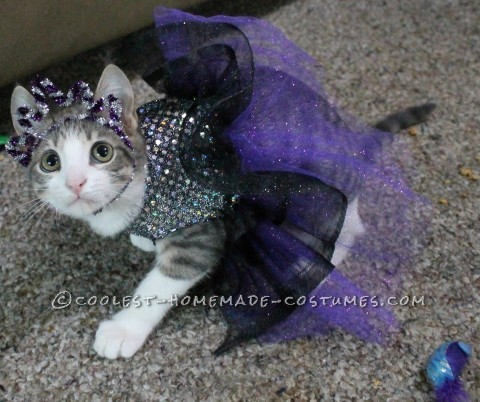 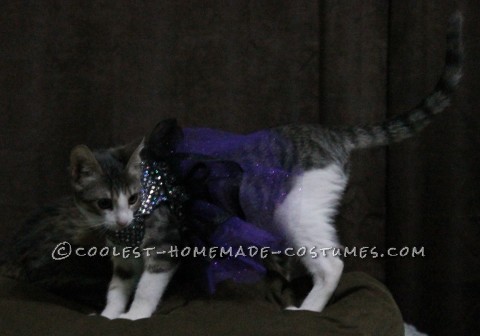 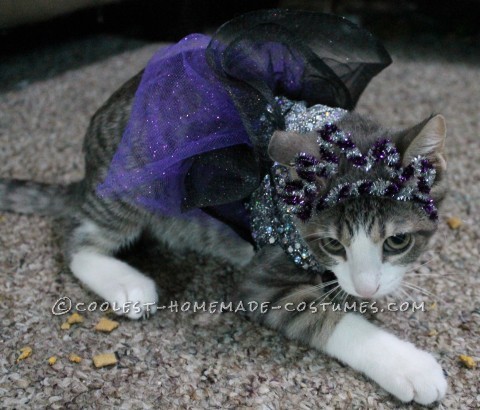 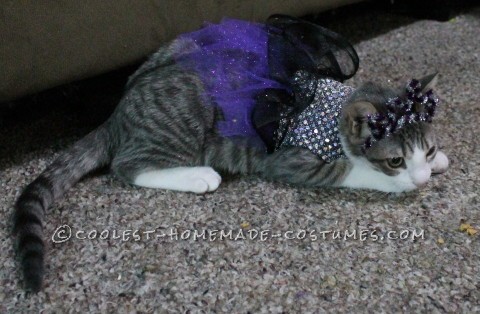 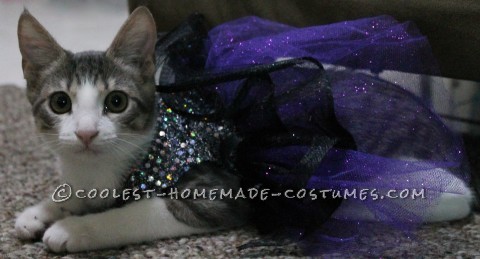