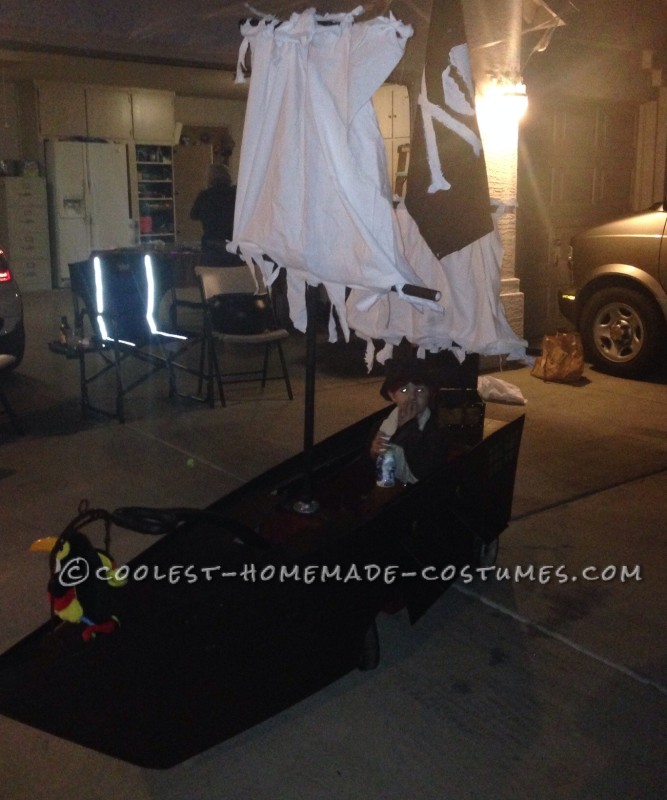 My son wanted a ship and since he is obsessed with all types of vehicles including ships we decided to make him a ship for Halloween. I looked at the red flier wagons we had sitting in the garage and began drawing up plans. A week later we came up with the coolest ship anyone has seen! We were stopped very step we took, my son hardly got any candy because everyone stopped to rake pictures of him the pirate and his pirate ship. The ship has a treasure chest filled with gold coins, two masts, a talking parrot and a pirate flag. Everything was homemade (except the parrot). 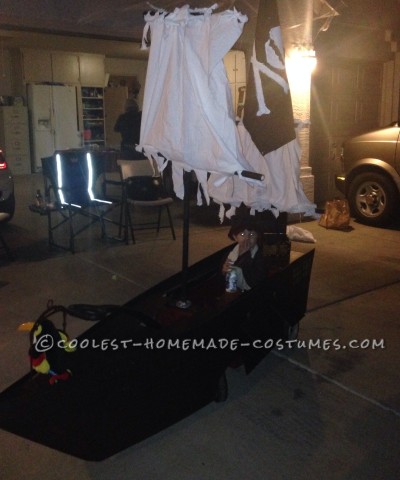 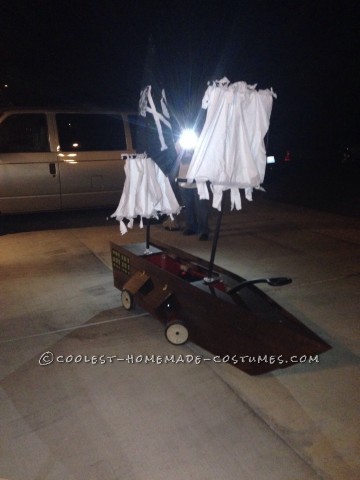 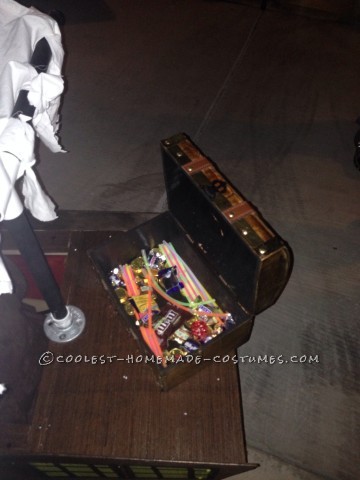 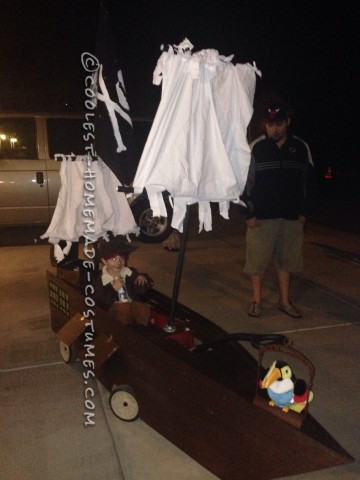