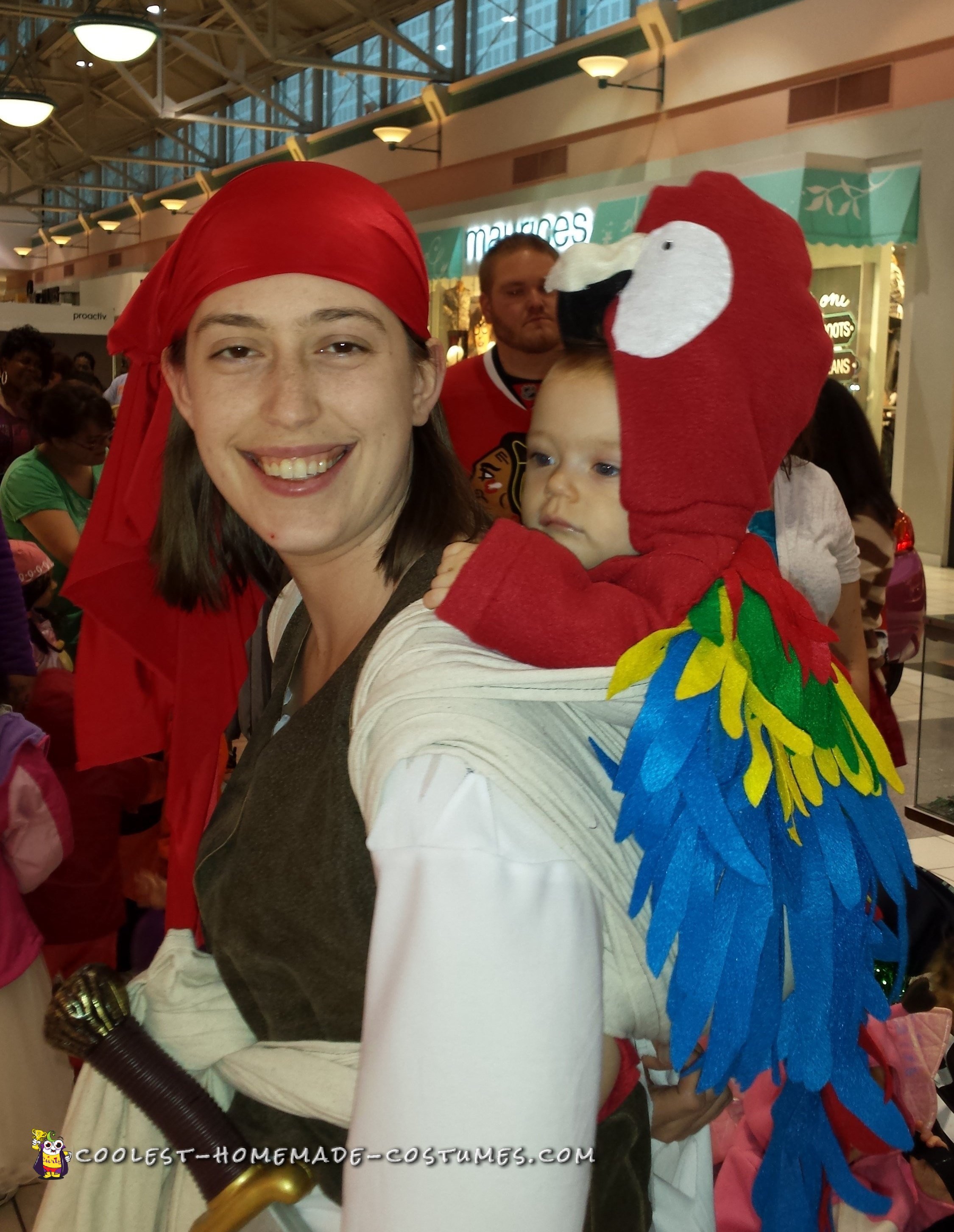 I had decided I wanted to do a pirate costume with my 10 month old as a parrot, but that costume idea is done a lot so I wanted something a little bit different. I like to wrap her on my back anyway, so I decided to make it look like the parrot was on my shoulder.

For my part of the costume, I mostly used extra fabric I had lying around. I sewed a basic white shirt and cut and tore it so it would look tattered. I made the vest out of an old brown leather coat we were throwing out anyway. The scarf on my head was just a long scrap of fabric that I tied up. I used a second old leather coat (this one was black) to make the tops of the boots, which I actually just attached to my jeans and pulled over the boots I wore. I did have to purchase the plastic sword, which I just tucked into a belt.

My daughter’s costume was a bit more involved. I had a pattern to make a hooded sleeper, so I made one from red fleece. Then I added a second, taller, layer to the hood and stuffed it so there would be room for the parrot face. I made the eyes and beak out of felt and googly eyes. The feathers were also made of felt. To make those, I cut out two pieces of each layer (one for each wing) and tried to approximate the shape of wings.

Starting with the bottom layer, I sewed each color to the next so only the top layer was actually sewn to the body part. That way, I could pull the wings out over the wrap when I had her on my back, but they would still be attached to her so when I took her out, she was still dressed as a parrot. I also made a tail out of blue and red which I sewed to the bottom layer of the wings so it would show over the wrap as well. In order to get her on my back, I wanted to use a wrap because it would blend in more than the buckle carriers you commonly see. For those that are into babywearing, I used a simple ruck carry but wrapped her just a bit to one side so she looked more like she was on my shoulder. I used a wrap I had previously made myself from undyed osnaburg fabric because I thought the color and texture fit with the costume.

The costume took a long time to make working exclusively during my daughter’s nap times, but it wasn’t terribly complicated, and it was really cheap. I think between the sword and the fabric for the parrot costume, I spent under $20.

We went to a local children’s costume contest at the mall. She didn’t win, but I wore her on my back while we were there and we ended up being on the front page of the newspaper. I, of course, kept a copy of the newspaper with her baby items. When she’s a little older, I think she will be much more excited about that than any prize she would have won. We also got tons of compliments on the costume while we were out. Lots of people stopped to ask me about it or tell me how much they like it. I even had strangers stop me and ask to take a picture of it. 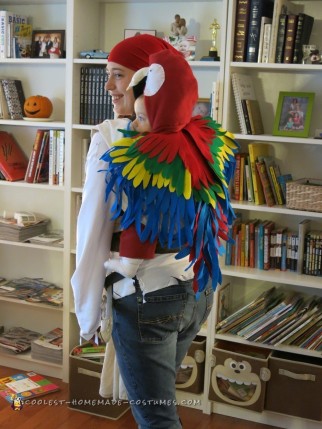 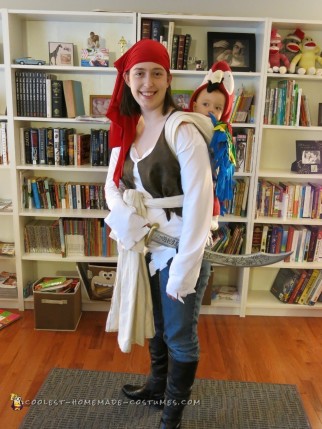 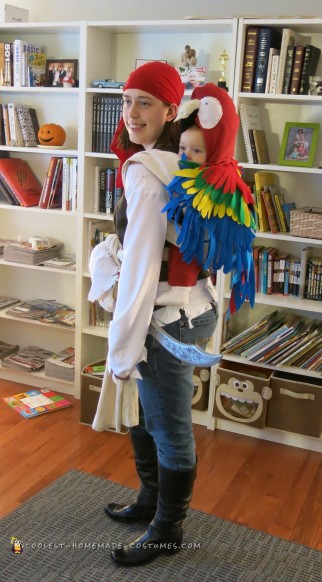 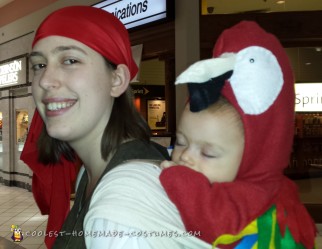 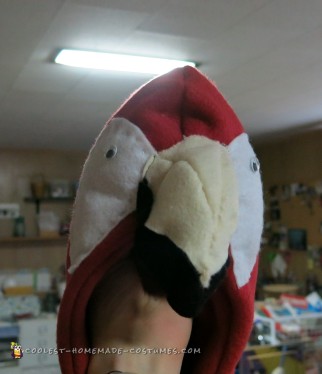 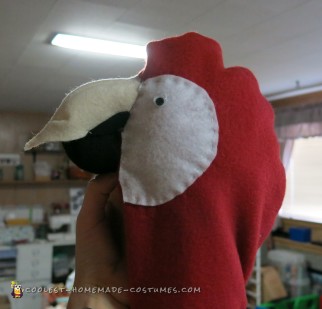 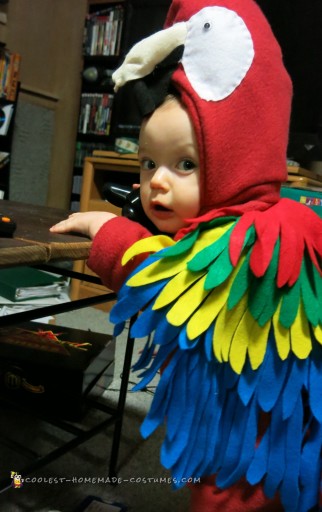 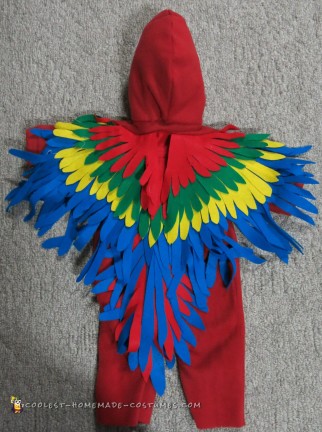