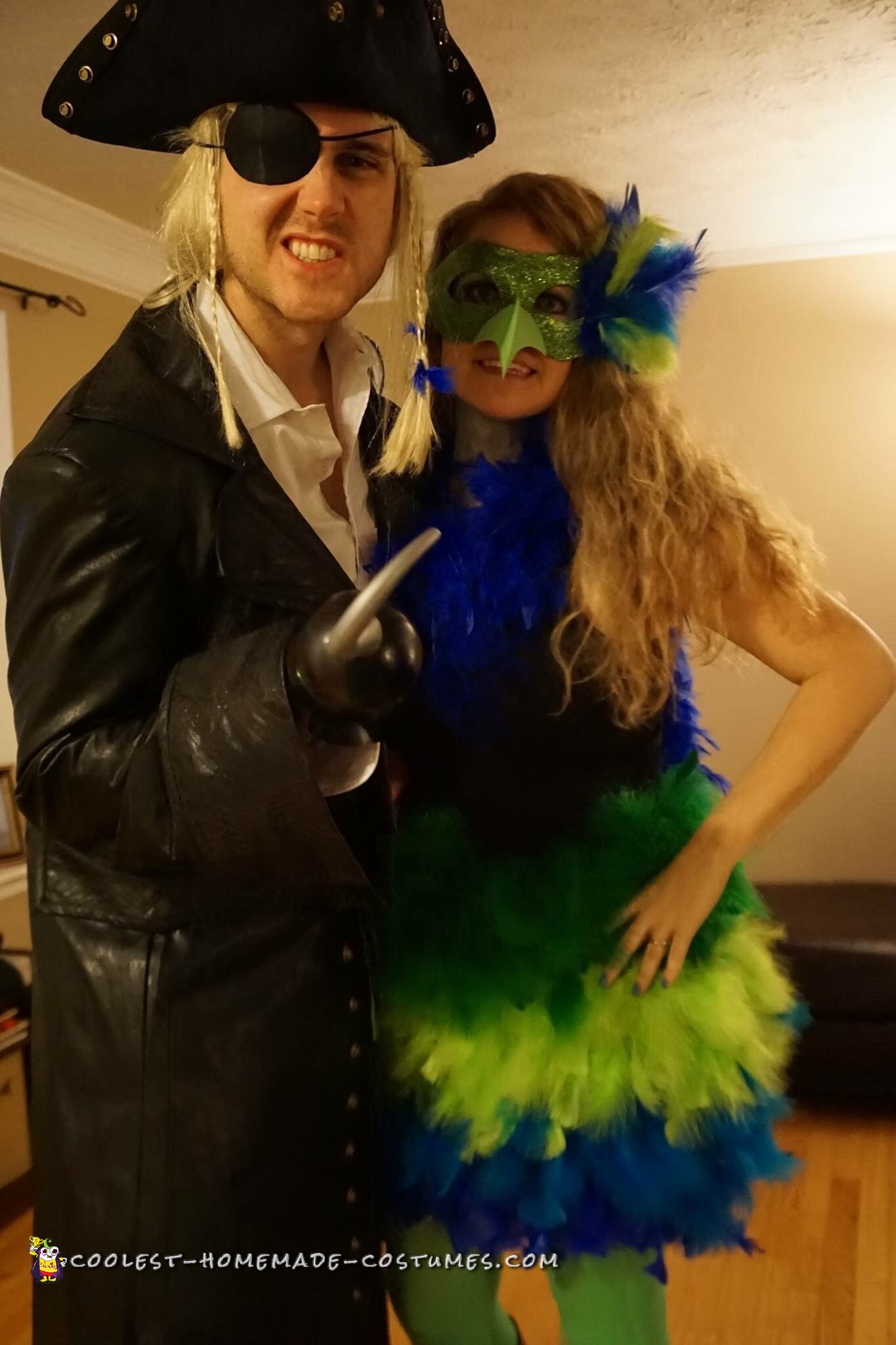 For Halloween this year I was a parrot!!! I have trouble getting my husband to dress up with me and I always like to do a family theme with my costumes. So finally he agreed on being a pirate (I guess that was simple/manly enough for him) and so by default I was a parrot!

The parrot was such an easy costume to make. I started with the mask. From Michaels I bought a plain white mask, green glitter, ribbon, and modge podge (Glue). On eBay, I bought the feathers and lots of them…lime green, kelly green, blue, and a blue feather boa. (You could be a red parrot and buy red, orange, yellow, etc.)

To make the mask, I painted the glue onto the mask then dumped the green glitter on. I let it dry then painted a second layer of glue over the glitter (it dries clear). I did the second layer so I would have glitter coming off on me all night. Using a hot glue gun I glued a few feathers in different colors on one side. I had some green scrapbook paper already and that I used to make the beak. I used the ribbon as a means to tie on the mask. Easy and cost about $3-4 dollars total.

Next I made the dress. The dress is actually a large and extra long stretchy tanktop (I’m normally a medium). Using my trusty glue gun I started at the bottom and worked my way up. I did a layer of blue, then a layer of lime green, then I finally the kelly green. It took me about 3 hours to glue all that on and feathers were everywhere in my dinning room. I glued them on all the way around (front/back). Total cost for the dress…about $30.

To complete the costume I wore green tights (another color would work but I already had the green from a previous costume) boots, and the feather boa around my neck. Both my husband and son were pirates. It was a simple costume, but I loved it!!! 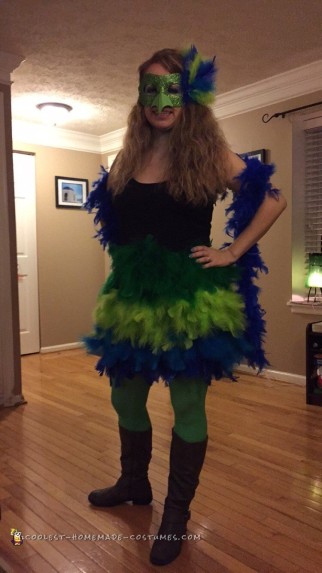 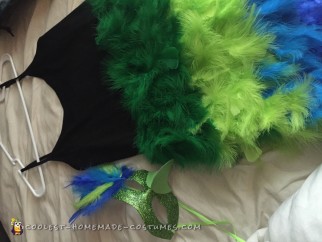