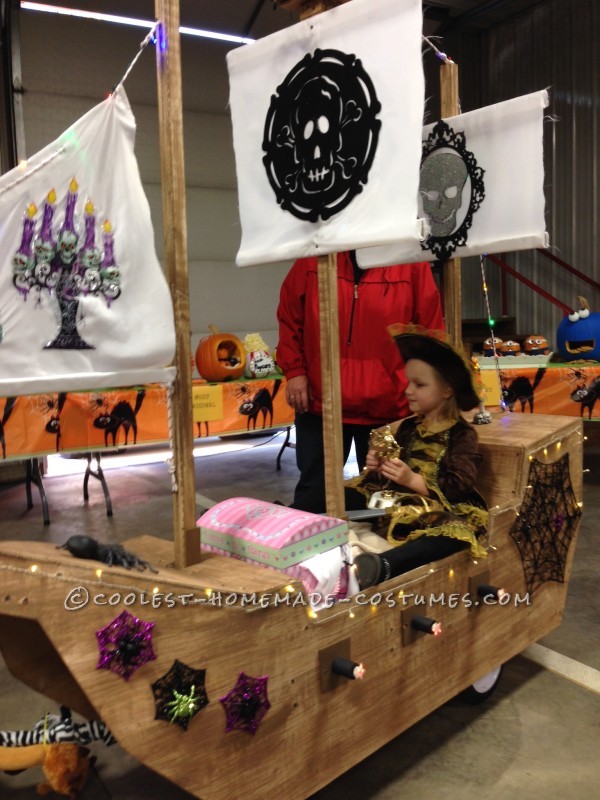 My daughter were brainstorming on what Grandpa Bemo could make this year for McKenley for Halloween.  We came up with the pirate ship.  When shown to Grandpa he stated *Mary that is way to big*  *What are you thinking?*  I said I thought that is would be awesome.  Please build it!!!!  The next morning he was at the store to buy supplies for the pirate ship.  It took about a week to build the ship.  While he was building the ship Grandma was out buying the accessories for the boat.  As we were hot gluing, stapleing, wire tieing ofted Grandpa would say where in the world do you want that? With his eyes rolled up he would help me out to put the many spiders and lights on the ship and sails.  We also lined the pirate chest with lights and candy to hand out.  It was awesome to see our grandaughter get so excited to win the trophy and throw candy out at the parade.  This whole idea was because last year a mother at the Albany Fire Department told her daughter and i quote “we will beat her next hear”.  I thought in my head  GAME ON.  LOL 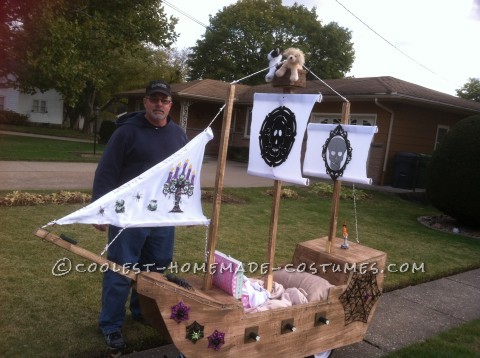 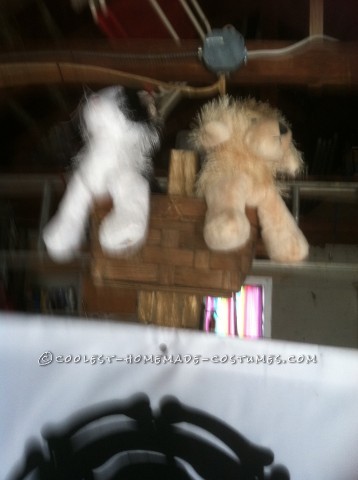 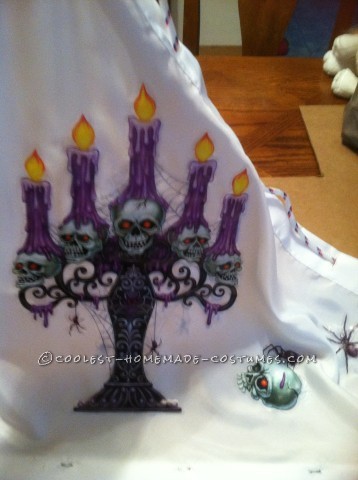 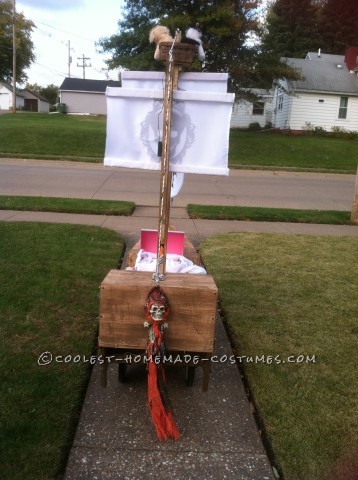 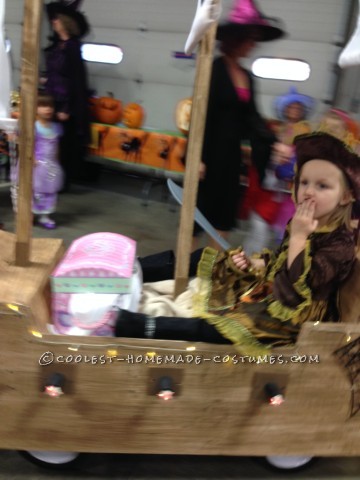 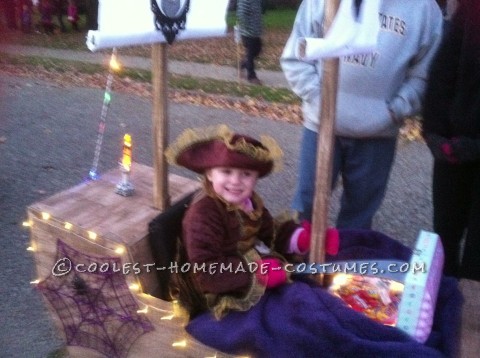 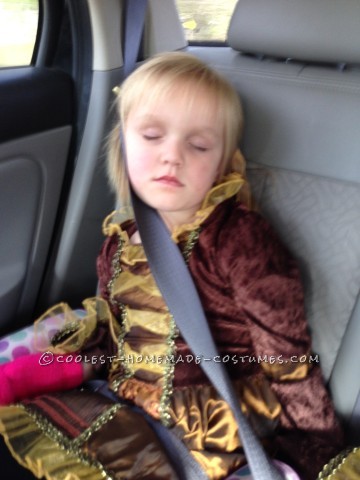 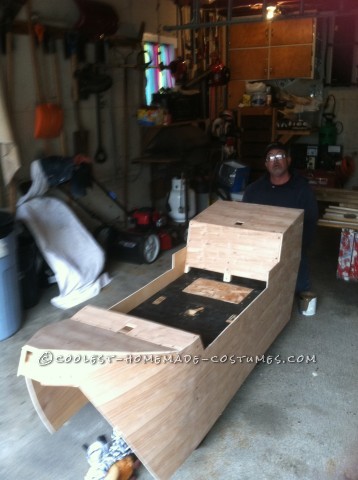