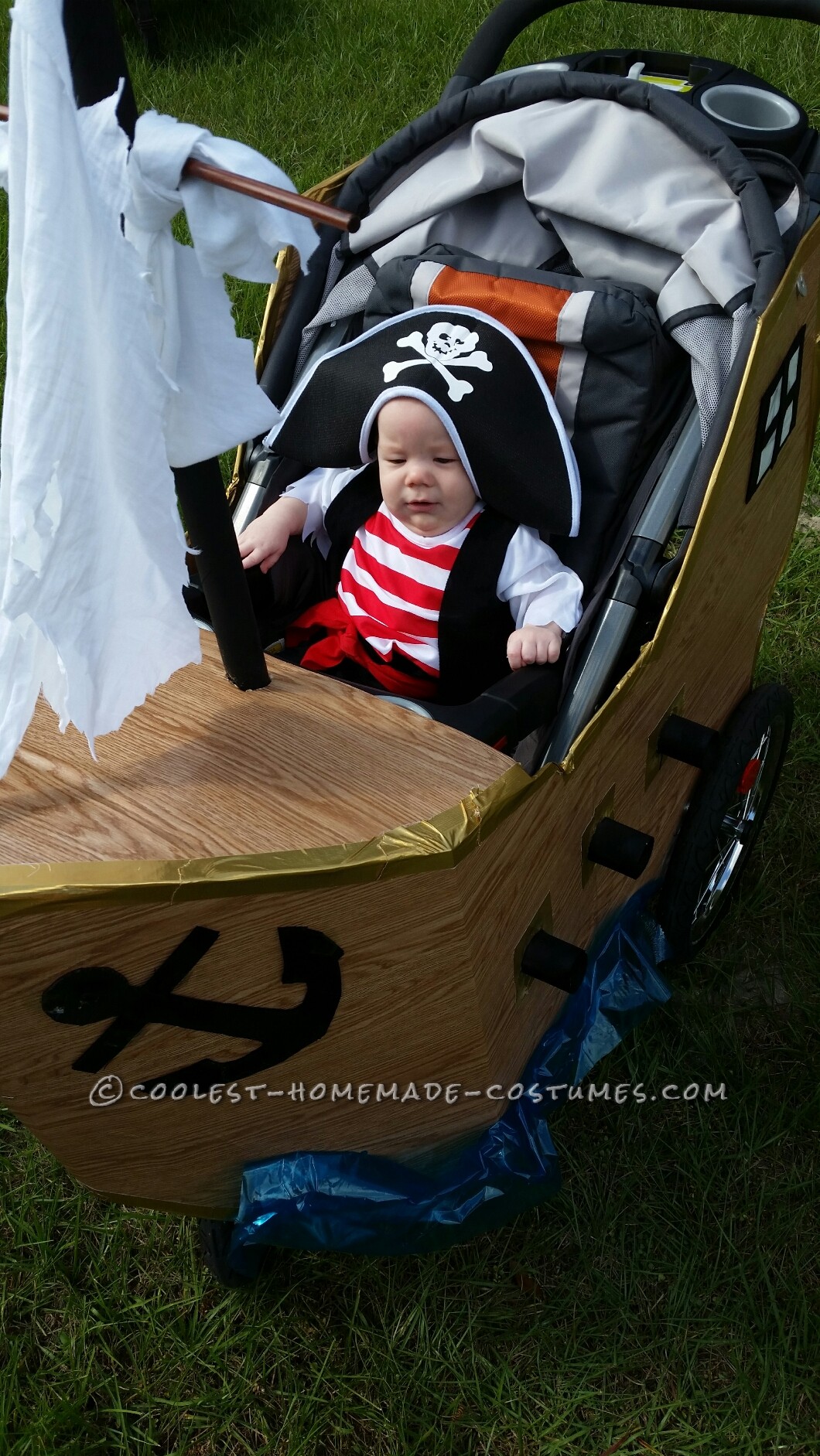 Initially I told myself my baby was only 4 1/2 months old, so I wasn’t going to dress him up in some over the top hot costume, especially because we live in Florida, and it is always hot on Halloween! But I kept thinking about him possibly being a pirate, then I could put him in a white shirt and some black shorts and that might not be too bad.

Then I began thinking about turning his stroller into a pirate ship. I kept putting it off and putting it off until about a week before Halloween, a friend,  who had no idea of my pirate idea for my baby, gave me her son’s pirate costume from last year! It was meant to be. So my husband and I then decided to go ahead and turn the stroller into a pirate ship. At first I thought to myself, how is this EVER going to work, and would people even be able to tell it was a pirate ship?? But it came together quite easily once we got started. For the body we used a big box left over from the baby’s car seat, this was a huge box, which turned out to work perfectly. We took the flaps off of it and simply wrapped it around the front of the stroller. We put  the vinyl paper that looked like wood on the cardboard to make it look like real wood. We bought some gold Duck Tape to go around the edges of the entire ship to make it look a little more clean and put together. I then made the windows out of black felt and white sticking paper that I stuck right onto the felt. Super easy! You can really make the windows out if anything that looks like a window, I chose that because it was easy to do, and cheap. We then cut toilet paper rolls in half to make the cannons on the side of the ship, spray painted them black and glued them to the ship over top of a piece of our gold Duck tape. My husband took a piece of wood and a piece of cardboard roll to make the cross for the sails, painted one of them black and left the other the dark wood color. We ripped up some old white sheets for the sails and secured it with fishing wire. We secured the cardboard ship onto the stroller by using some string. It turned out better than I thought it would for sure. We went to the local halloween festival where he won 1st place out of about 40 other kids. He was so cute! Everyone loved the pirate ship and complemented our work. Not the reaction we were expecting at all! 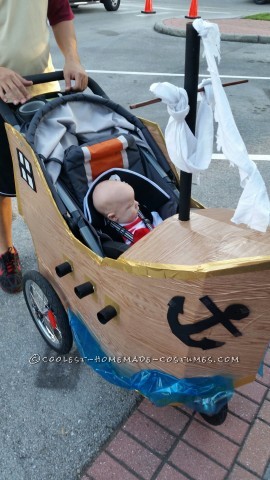 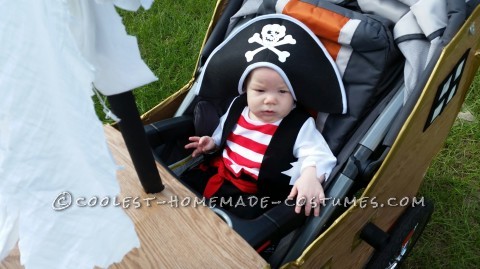 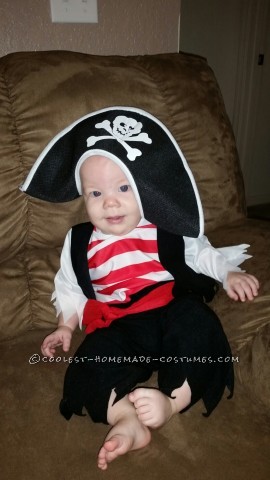 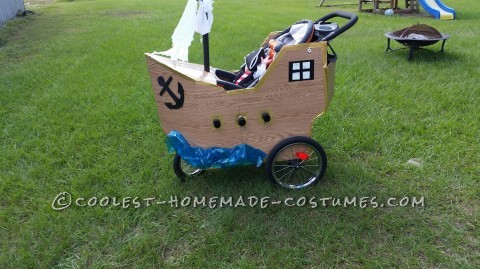 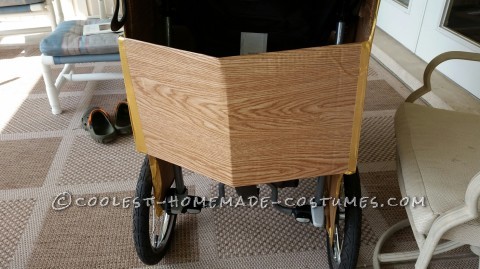 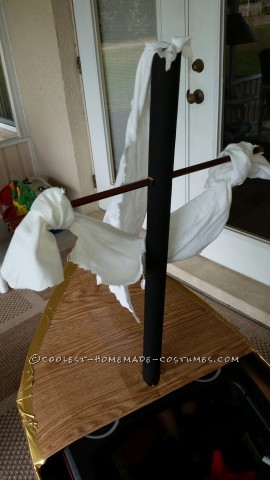 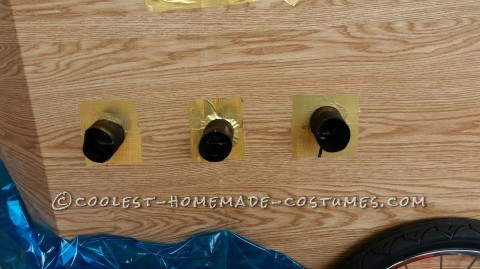 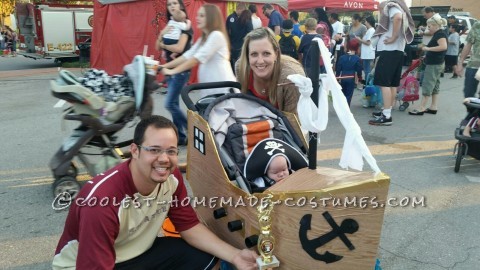 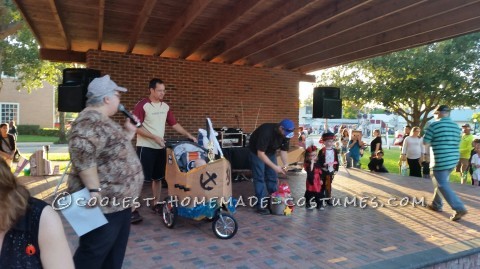