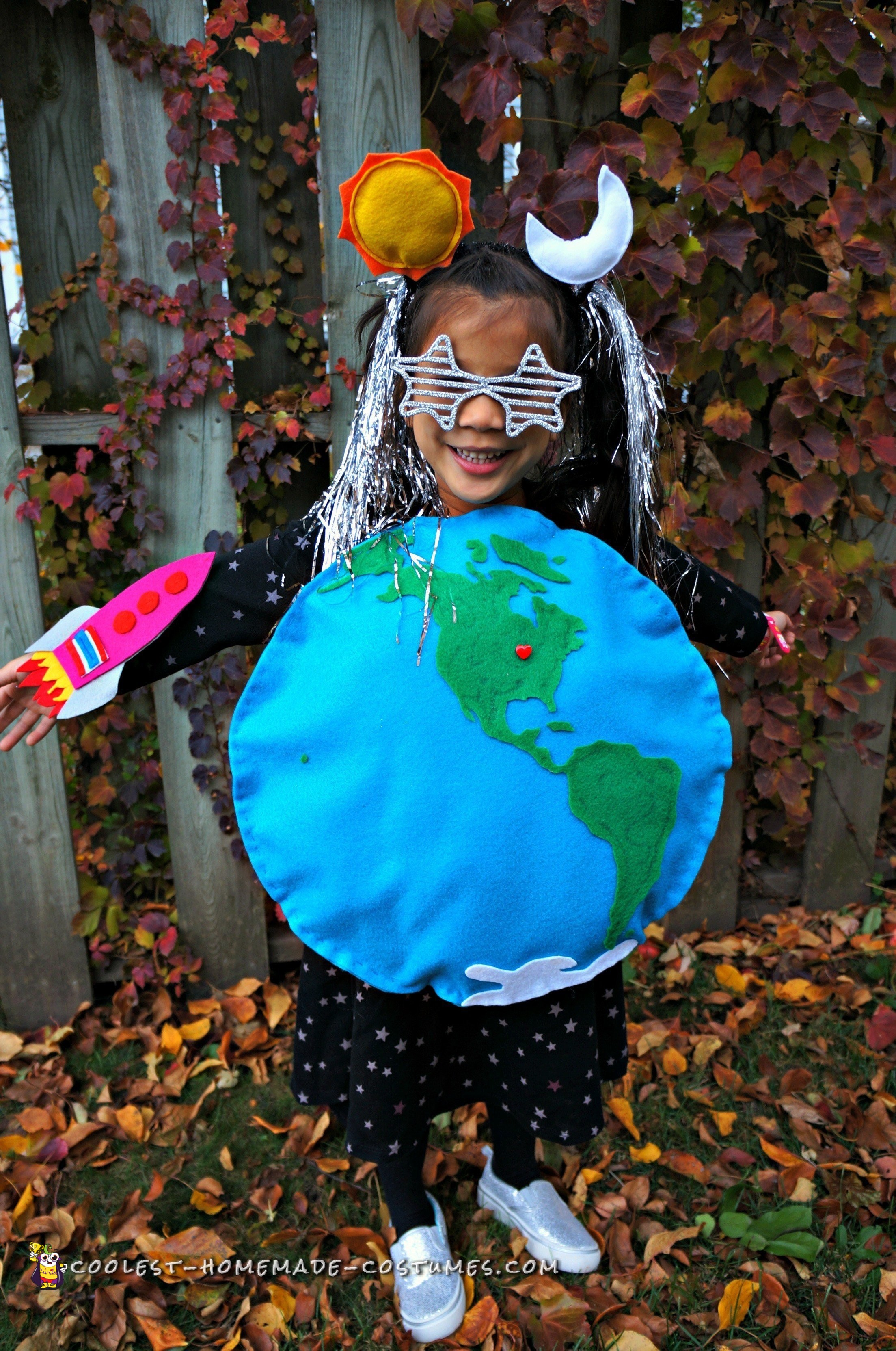 Let me introduce you to this far out little Earth, who is my 5 year daughter. She wanted to be the world for Halloween! She loves space and maps and because she is from Thailand and we have family around the globe, we often talk about how the sun and moon are visible at different times. We also jeep Thailand very close to our heart, and so with this costume, we decided to express that visually as well!

She wore her black dress with stars on it and black tights for the night sky. A $1 headband was used to a attach homemade stuffed sun and moon to each ear. The dollar store was a great place to find the star glasses and tinsel for her shooting star hair.

To make the rocket, I used a clip art image and then cut the pieces out of felt, sewed them together and safety pinned it to her dress. For the earth, I used felt as well. I projected an image of the continents onto a screen, traced them onto paper, then cut them out of felt and glued them to the blue (ocean) circles. I added a back to each and stuffed both the hemispheres for a pillow look. To attach them I used strips of black felt, so they pillows hung over her shoulders like a sandwich board. Then I added heart buttons over Minnesota, where we live, and Thailand, where my daughter was born-the two places our hearts live! You’ll see a Thai flag on the rocket, in honor of her birth country.

This costume came together for under $15. It was super cozy to wear and she received so many compliments! On the dance floor at a kid party, this little world was literally was revolving around her! 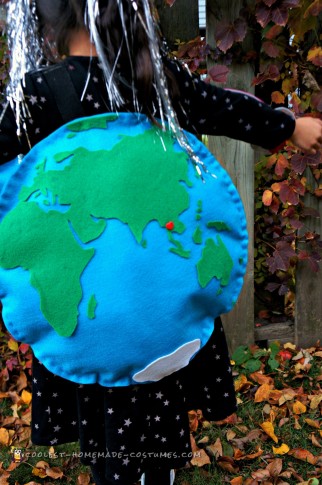