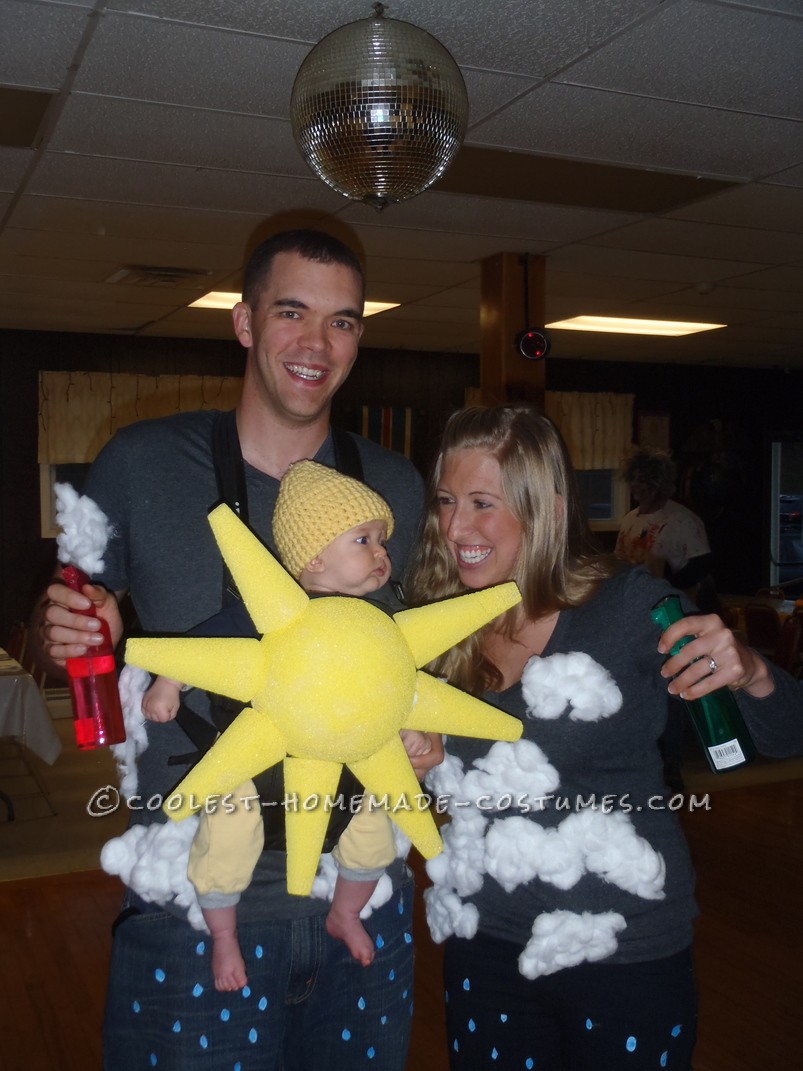 This year was the first Halloween that our son has ever experienced.  He is just barely three months old so I wanted to make sure he was cute and comfortable.  My husband is a Captain in the army and we had an event that was a costume party.  I knew it would be around the little guys bedtime so his costume needed to be extra comfy in order for the night to go well.  I investigated infant costumes but they all seemed to be bulky which made me think the baby would be hot and uncomfortable.  Our little one has brought so much light into our lives. He is like our beacon of sunshine and therefore thought it very appropriate to make our son into the sun!  I then thought about how we could tie this theme into our whole costume.  I came up with “Partly Cloudy with a Chance of Rain”.

Our baby loves to be in his baby Bjorn carrier.  I thought if I could make a sun to attach onto the carrier then he would not have to be in anything other than his carrier which he loves.  Here are the steps to make the baby into a sun.

After the baby’s costume was complete I then moved onto our costumes.  I needed to turn us into partly cloudy and then have a chance of rain appear.

The night of the event came around.  Our costumes were a HUGE hit!  Our baby was able to wear his yellow pajamas so that he was all ready for bed even though he was in costume.  The sun was easy to remove or stick back on so that my husband could sit down or I could nurse the baby if need be.  We had so much fun spraying people and everyone thought it was a hoot.  The best part was going around saying he’s our “sun”.  It was clever and fun. 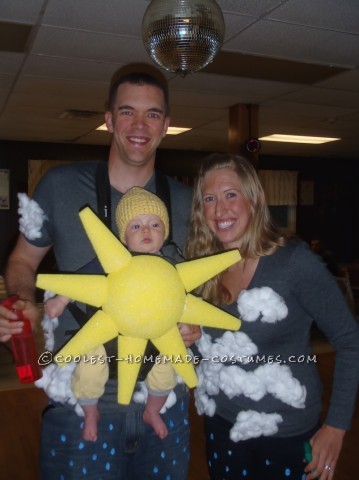 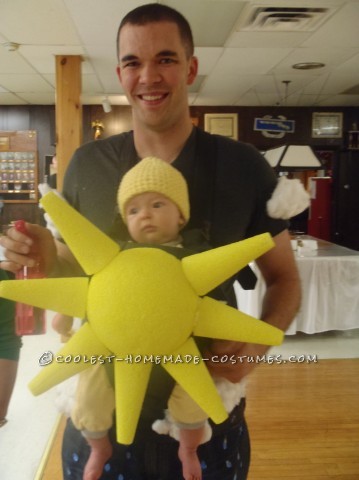 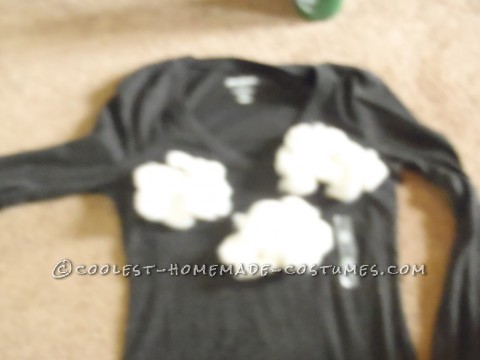 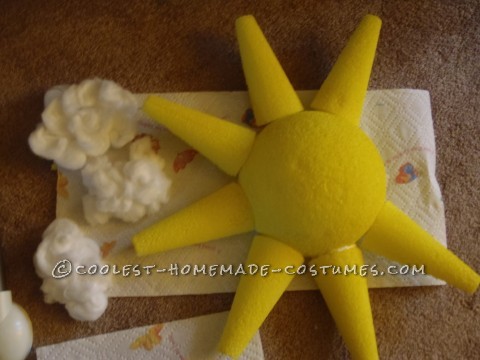 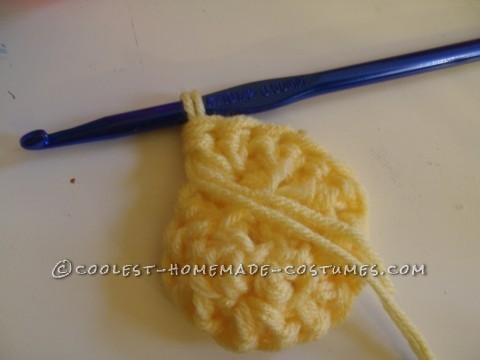 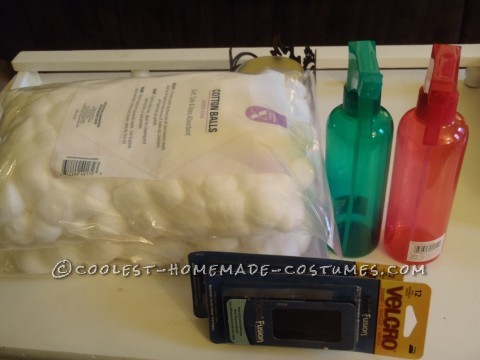 Partly Cloudy with a Chance of Rain Costume

Coolest Costume – Partly Cloudy with a Chance of Showers