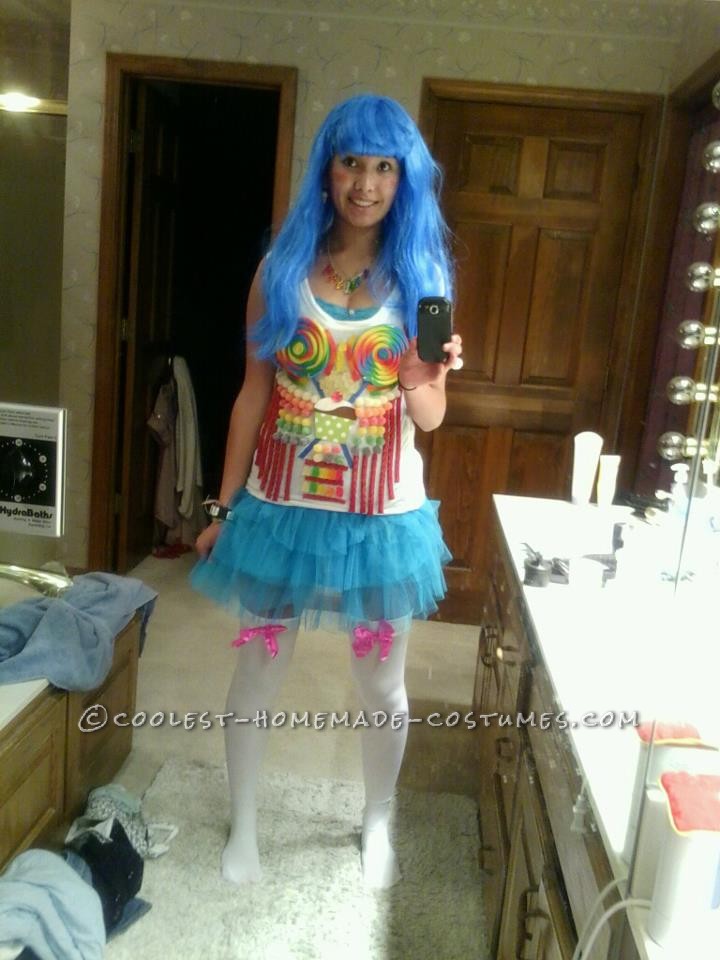 Alright, well it was my senior year in high school and we had spirit week. One of the days was celebrity day and so OF COURSE I was going to go all out and be one of my personal heroes, Katy Perry. I wanted to do something more original and make my own costume, so I decided that I would do something that was inspired by her “California Gurls” music video. Once I figured that out, I decided that I wanted to use REAL candy. So, here is pretty much the steps I took.

1. I bought a cheap white tank top, a blue tutu (pink or blue are the best because it’s like cotton candy), some thigh high socks, and a blue wig.

2. Of course I bought several different types of candy, a lot of those two for a dollar bags or whatever at Walmart.

3. Then there was the assembling of the shirt:

*note: I did put the shirt on and glued everything to me to make sure it would lay flat.

-I then used gummie worms, gummie bears, gumdrops, licorice, and various other colorful candies and glued them all over the top to make it almost look like a corset!

4. My accessories: I strung rainbow gummie bears on a necklace and then found the cutest little ice cream cone earrings at Claire’s.

I also wore some sparkly flats and did my make up with red cheeks and LOTS OF GLITTER.

5. After everything was glued, the next morning while I was getting ready, I used a glitter hair/body spray, and gave my WHOLE costume a once over for that sparkly candy look.

I absolutely LOVE the way it turned out and wound up winning the costume contest for that day out of the entire school and had a write-up about it in the yearbook (-: 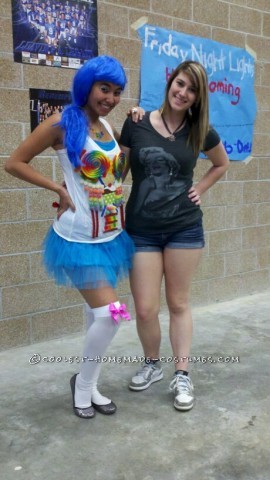