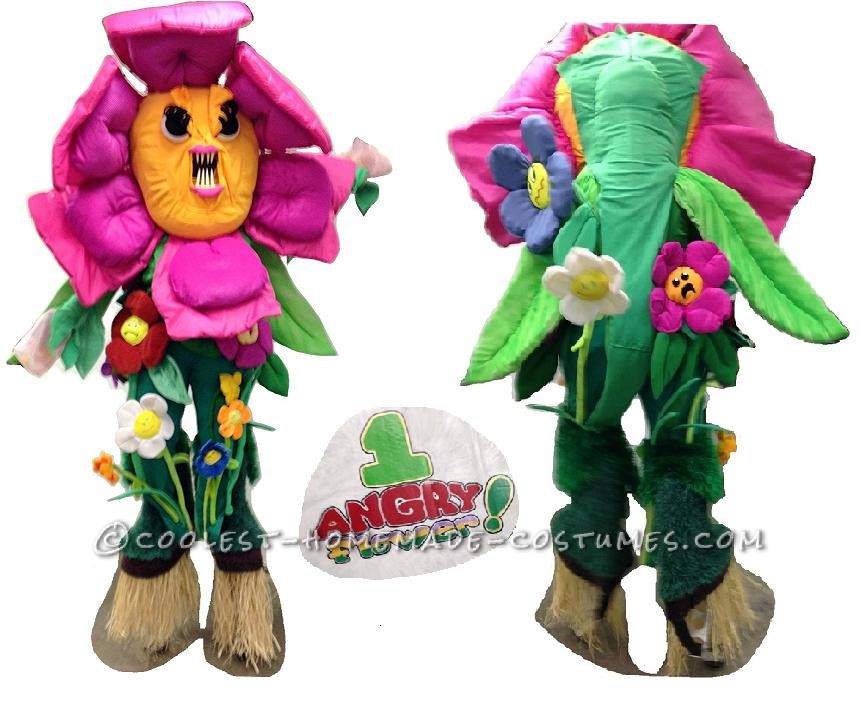 Having collected these smiling stuffed toy flowers for years, my initial costume plan was to be a giant “Happy Flower”.  But I have a tendancy to put a twist into all my costume ideas – resulting in original, never seen before characters.  I thought, “What if not all the flowers were happy?”  Thus sparked the creation of “One Angry Flower”.

Overall reactions were mostly stares, dropped jaws. People don’t really know what to say when they see a brightly colored 10ft. ANGRY flower coming at them.  Roots dangling (straw grass attached at bottom of stilts), this huge headed petal pusher has plucked herself up out of the ground and is on a rampage!  Along for the fun is a bunch of happy flowers, oblivious to the scene taking place, and some “not-so-sure-about-this” worried flowers – their expressions indicate trouble arising!

The entire costume was handmade from scrap fabric pieces found mostly at thrift stores, the head frame started as chicken wire found in my backyard. Stuffing from an old pillow. Half sphere Styrofoam balls for eyes  And the jumping stilts I found on eBay.  Since I had no pattern, the whole project was a “trial and error”, then “fix it” basis.  I started in March, and slowly worked out problems along the way.  The added bonus was the great workouts with learning to move around on the stilts. I really wanted to create a costume that “stood out” amongst a crowd, and almost bought a pair of drywall stilts.  But then I discovered jumping stilts, and after some research I decided I may as well benefit with more physical activity and use them for more than just my costume.

The majority of time spent was hand sewing. Creating the additional flowers with the “uh-oh” look on their faces was a must. Then positioning everything and again, more hand sewing. And the jumping stilts required some necessary physical core strengthening, they give quite a workout! 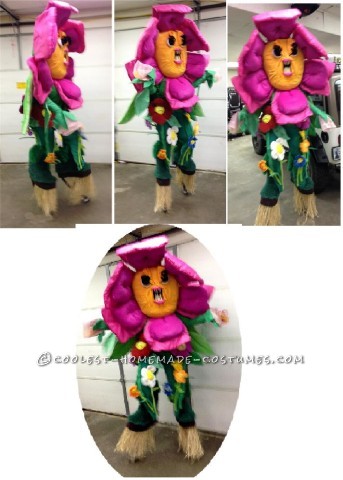 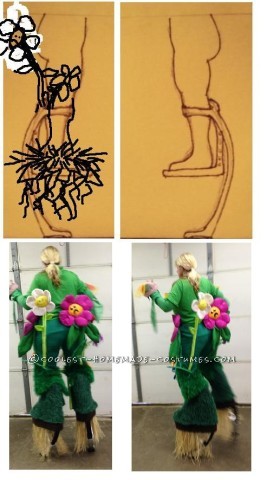 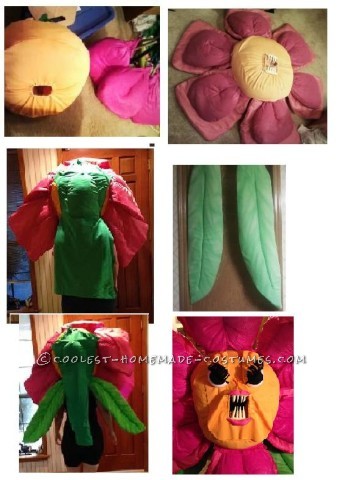 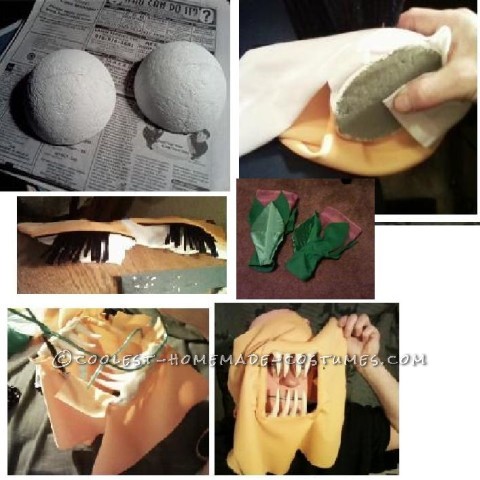