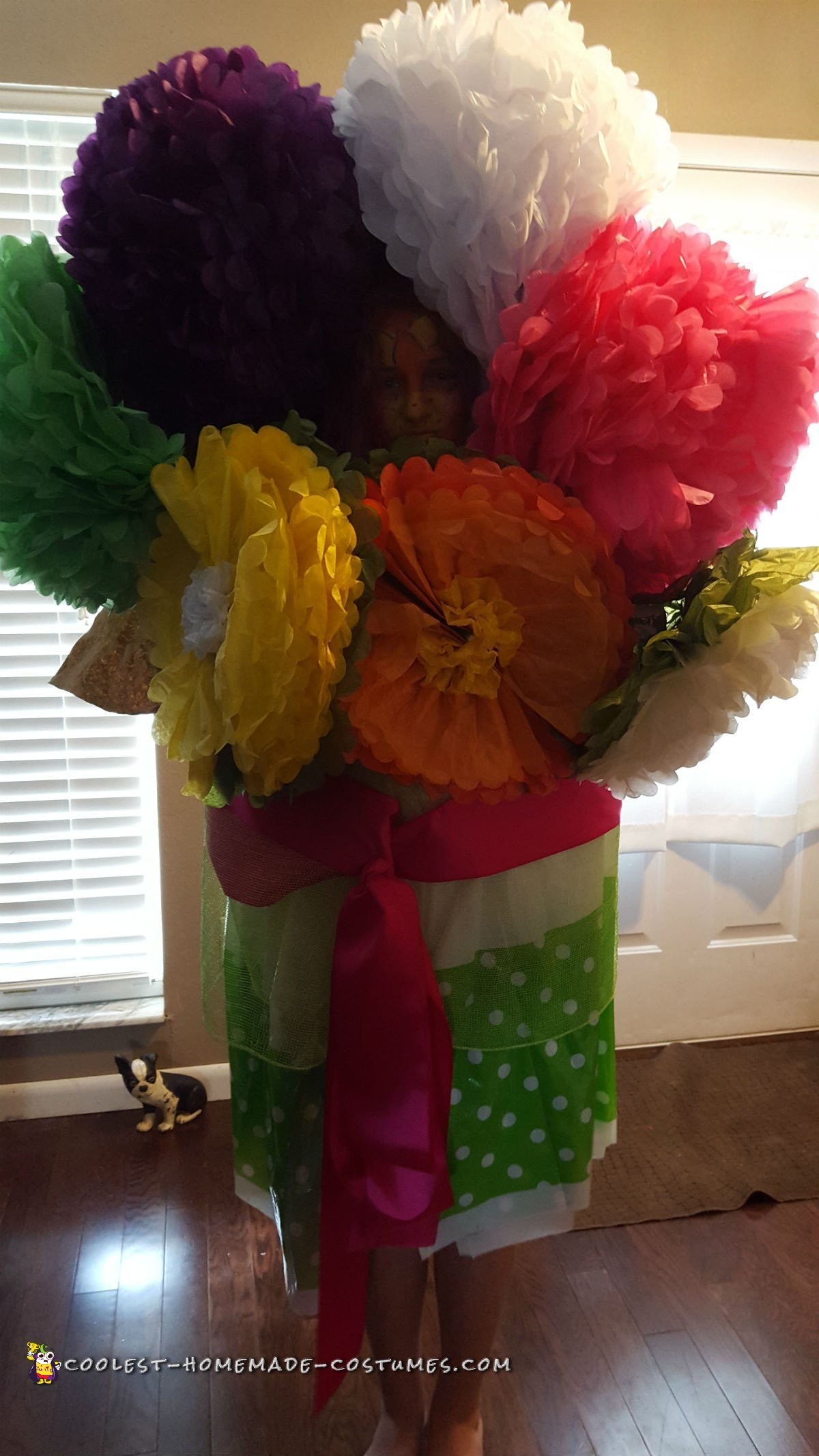 I thought of this idea last Halloween after my daughters won for their 7th year in a row at a local costume contest. We like to brainstorm the night we win on the drive home. Usually I make costumes with a box, but this year we thought outside of the box to win again! The costume was amazingly lightweight and comfortabe. It morphed quite a bit due to being so fragile and worn so many times. I have included several pictures to showcase how it morphed. I just knew I wanted to make a giant walking bouquet of flowers. It was fun and challenging to make.

I started by making the tissue paper flowers with my daughter. I then created a shape for the top rpw of flowers to be attached to. I had to glue and sew the flowers in place on the structure. I taped the cardboard structure to a lightweight toddler size backpack and made sure it had height. I glued the plastic table cover  high around the back of the flowers so that it would wrap lower at the front of the costume. After the first wearing though, I had to create a new wrap around the flowers because the 1st one started ripping. But I just improvised with the pieces I had left of plastic table cover. For the lower row of 3 flowers I attached those to a brown roll from a wrapping paper. This made it easy for the child to pull the flowers up to her face and surround herself in the bouquet. It also freed up her hands one at a time to hold her trick or treat bag. I secured the green floral netting with safety pins to allow it to be removable. I also atteched the big pink bow with safety pins for the same reason. You will be able to see from the photos how the flowers changed from one event to the next.

Even though it was quite a mess by the time the costume contest started, my daughter won 1st place for her age group. Jaws were dropping to the floor when  she walked by as a massive and beautiful bouquet of flowers. It was so much fun to make. The compliments just fuel my ambition as I enjoy making others smile from our homemade creations. The bouquet looked different on Halloween night for trick or treating, too. However, not the usual amount of people got to see it because the neighborhood has aged out for kids. But she was a huge hit garnering many laughs and oohs and ahhhhs. 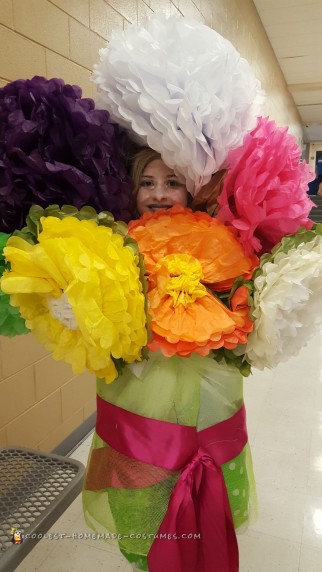 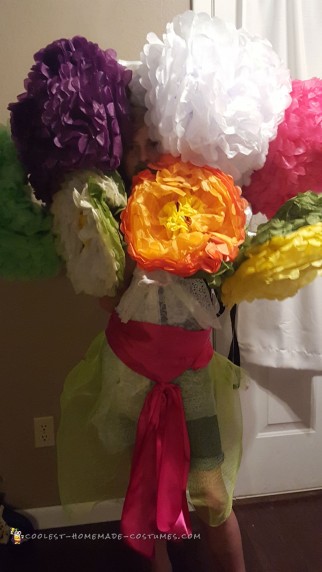 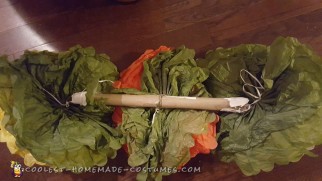 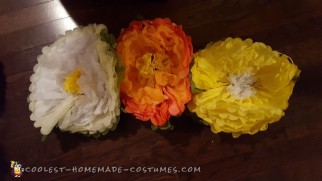 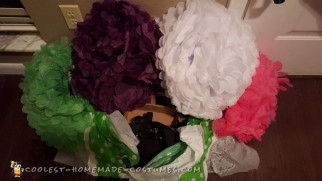 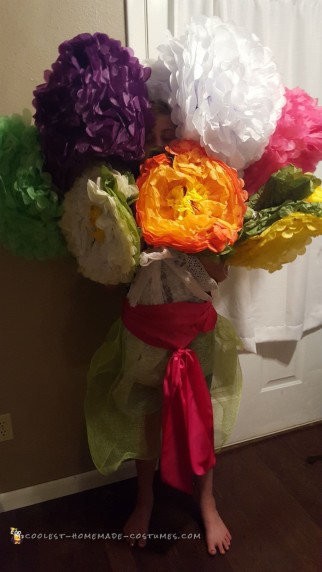