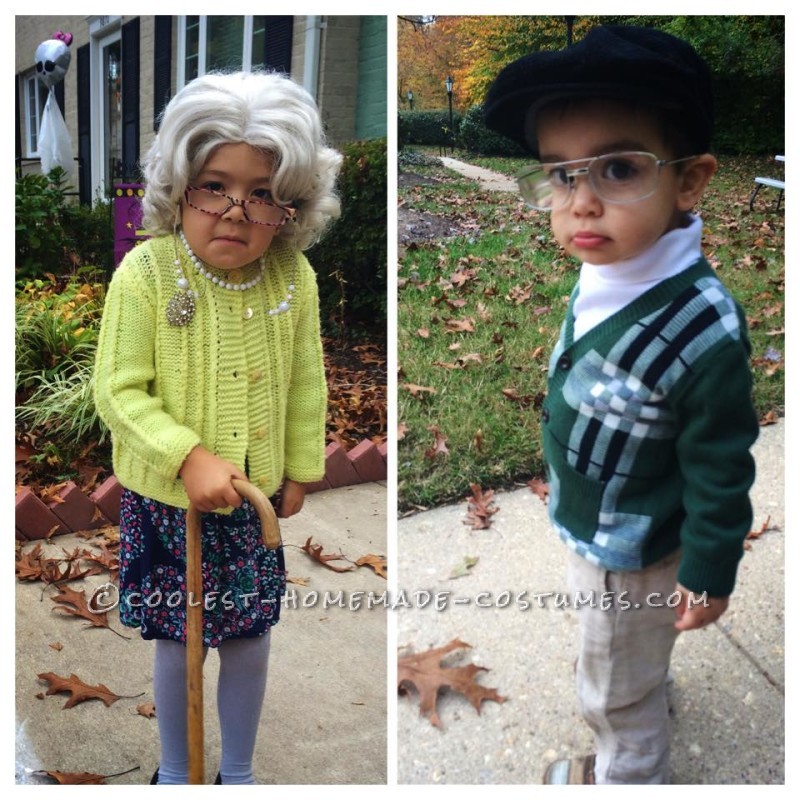 Bianca (5) and brother Luca (2) dressed up as an elderly couple for Halloween this year.  They took their costumes very seriously and played the part well!

Bianca came up with the idea in mid-June and we started going through her closet and our house to compile the perfect “old lady” costume.  She wasn’t too keen on wearing a wig, but I ensured her that she would be a hit and really look like an old lady.  She wanted her brother to join in the fun, so we decided to get him on board with a costume as well.

Bianca had all of the pieces to her costume at home except the glasses.  We cut a cane that we had for a scarecrow display to fit her height perfectly.  Luca practiced an old man voice and telling people that he was an old man.  The kids had a great time and they were excited to dress up and act like their great-grandfather who is ninety-five and in great shape.

The kids had a blast and really liked not being in one of the pre-made generic costumes.  DIY costumes give them a sense of creativity and imagination that I hope to instill in them for their future.  I am happy to fulfill their costume dreams to the best of my ability.  This year was pretty good, and they were a huge hit with every house they went to.

The funniest part of the costumes and Halloween night was that the glasses were from the Dollar Store and had a very weak prescription in them.  Luca by the end of the night was looking like he might fall over, so we popped the glass out of the glasses and he was good to keep on trick or treating.  The kids enjoyed Halloween immensely this year and got a kick out of everyone’s reactions to them! 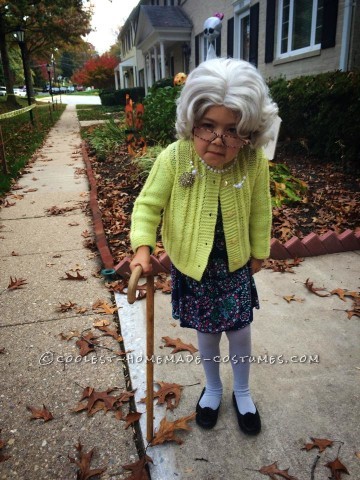