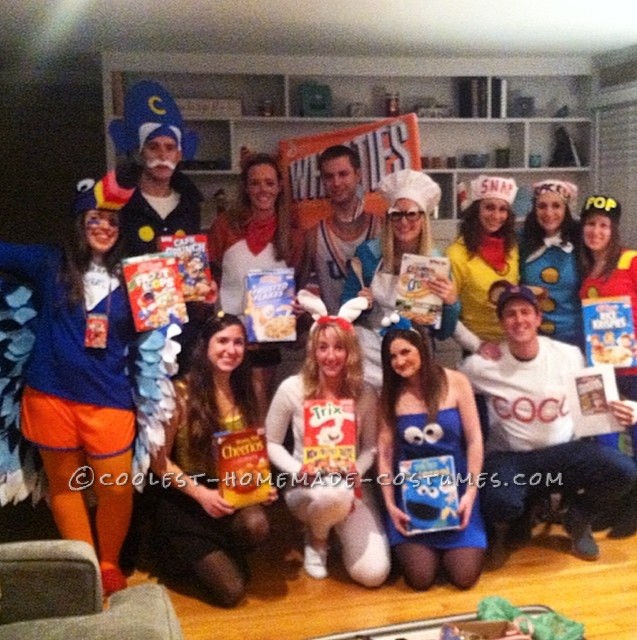 When you are 24 years old, in entry level jobs, and moving away from home, it’s hard to carry traditions carried out from when you were in middle school. However, one tradition that my friends and I never fail to come together for is Halloween. Since age 13/14, we have made Halloween our passion, picking group costumes that ‘went there’, were handmade, and won the school Halloween contests. Our only qualifications are that they are nostalgic for the audience around us which included old nicktowns some years, the grinch and the whos, and so many more. This year, we decided to do Cereal character mascots and we each picked one that fit our personality one night at a reunion dinner, began building them on our own, and showed up on Halloween hoping we all fit the part.

We managed to create Toucan Sam from Fruit Loops, Captain Crunch, Tony the Tiger, Chef Wendell from Cinnamon Toast Crunch, Snap Crackle and Pop from Rice Krispies, the Honey Bee from Honey Nut Cheerios, The Trix Rabbit from Trix, C is For Cereal Cookie Monster, Coco Krispies, and Wheaties. I myself was Toucan Sam and in order to make my costume (living by myself and in the process of moving), I laid down on my empty apartment floor on large blue fabric and stretched out my arms to mark where they landed. I cut a semi circle from this fabric and began making my wings. I then cut out 100s of blue, white and navy feathers from felt and began hot gluing to construct a big wing that I could sew to my arms. The hat was the hardest. I could only find Styrofoam to do the job, so I bought a large cone and chiseled away to form a beak. I nailed and glued it to a ski cap and the rest was history!

Some notable moments of the night was hitting everyone with my beak, especially while dancing. The funny part was so no one seemed to care. Girls and guys alike would come over and tap me on the back and say. “I just had to come tell you wow. Thank you for doing this. This is amazing. Can i touch your beak?” Most people spotted Captain Crunch from a mile away and throughout the streets, were screaming his name and when they saw the group, they would yell to their friends “omg, omg, it’s the cereal characters”. Some people asked us to take a photo with them! I think the biggest attention we got was through social media and with a need to do something big every year, not to sound too conceited, but I think some people wait to see what we post (at least I can assure you my mom does :) ). 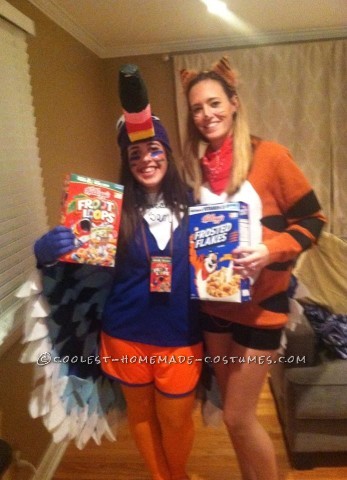 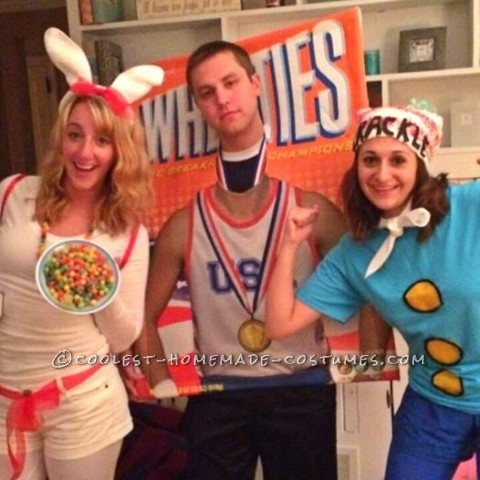 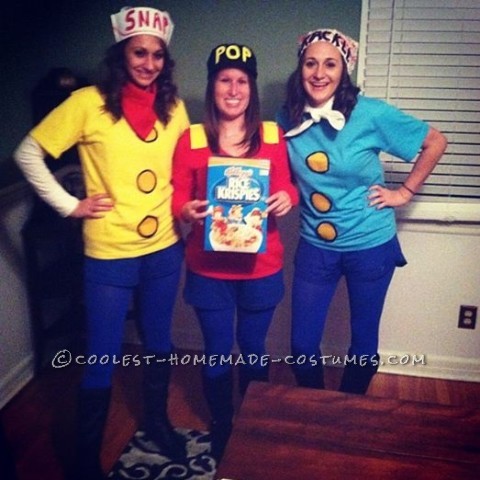 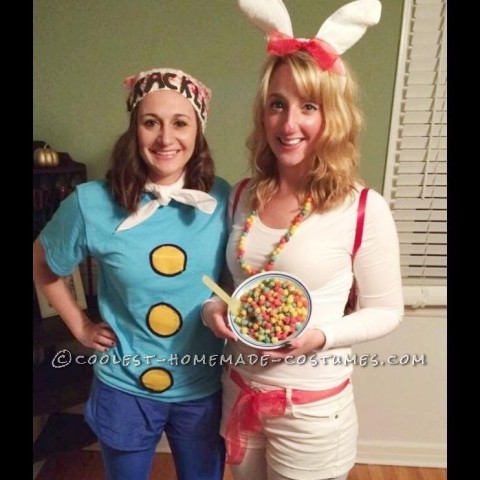 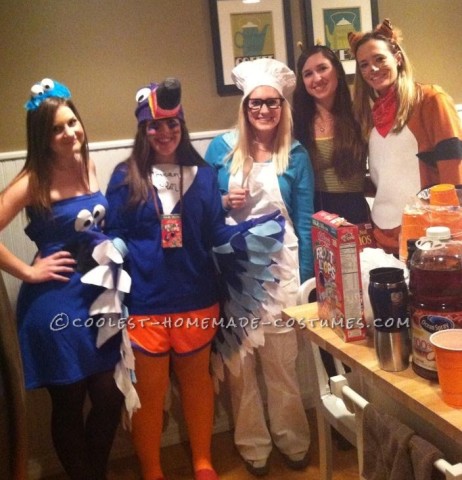 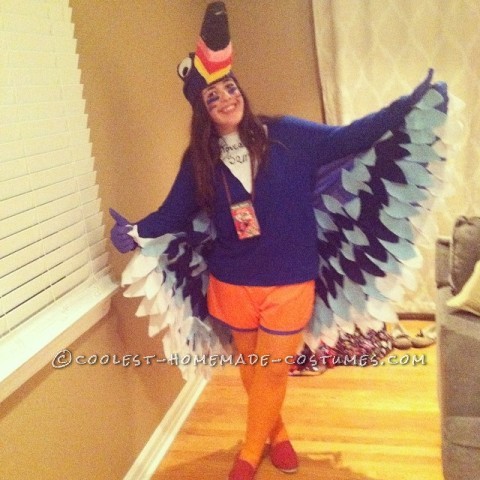 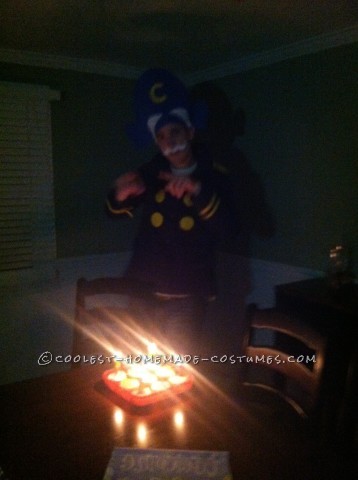