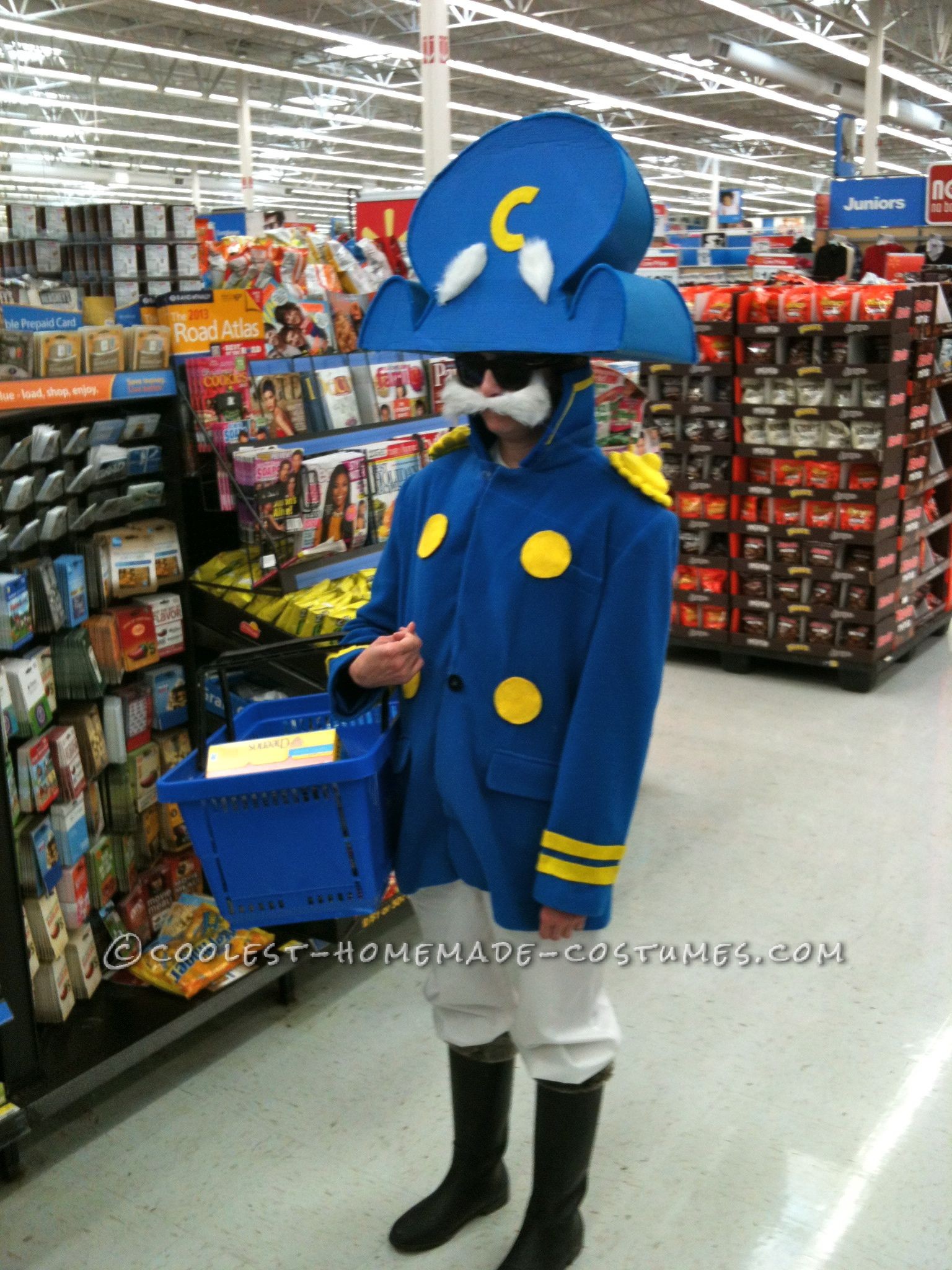 I had a hard time picking a costume this year, but once I settled on Cap’n Crunch, I knew I had my work cut out for me.  It took about a week to finish, but it was definitely worth it.

Here’s everything I used for this costume:

I already had a pair of black rain boots and boot socks, so I started by hitting up Goodwill with my box of Cap’n Crunch and finding the most perfect blue blazer to use for the coat.  I really lucked out by finding one that was the same shade of blue as on the box.  The scrub pants came from Walmart, and the rest of the items came from my local craft store.

The first thing I did was make the shoulder pieces out of modeling clay since they needed about 3 days to dry. I tried using fabric first, but it wasn’t giving me a good 3D shape, so I switched to clay. After the shoulder pieces dried (3 days later), I hot glued them in place on the coat’s shoulders.

I used yellow felt for the buttons and sleeve strips.  That part was easy. Since the Capn’s coat doesn’t have lapels, I folded the blazer’s lapels in and hot-glued Velcro on the insides of each side to get it to lay flat while I was wearing it. For the collar, I hot-glued blue felt onto poster board and used yellow felt for the lining.  I glued all this onto the jacket.

The hat was by far the trickiest (and most impressive) part.  It’s made out of cardboard (front, back, and bottom), blue paper (sides), and pipecleaners (edging).  The blue paper is glued onto cardboard strips that help give the hat its shape.  The ‘C’ is made of yellow felt and the eybrows are white crafting fur.  I’m really stinking proud of this hat.  It held up all day at work, all evening while I was running errands, and all night at a costume party.

I wore my costume to work and then out grocery shopping on Halloween, and I had a lot of people ask to take pictures with me.  It was a big hit and I had a ton of fun making it!