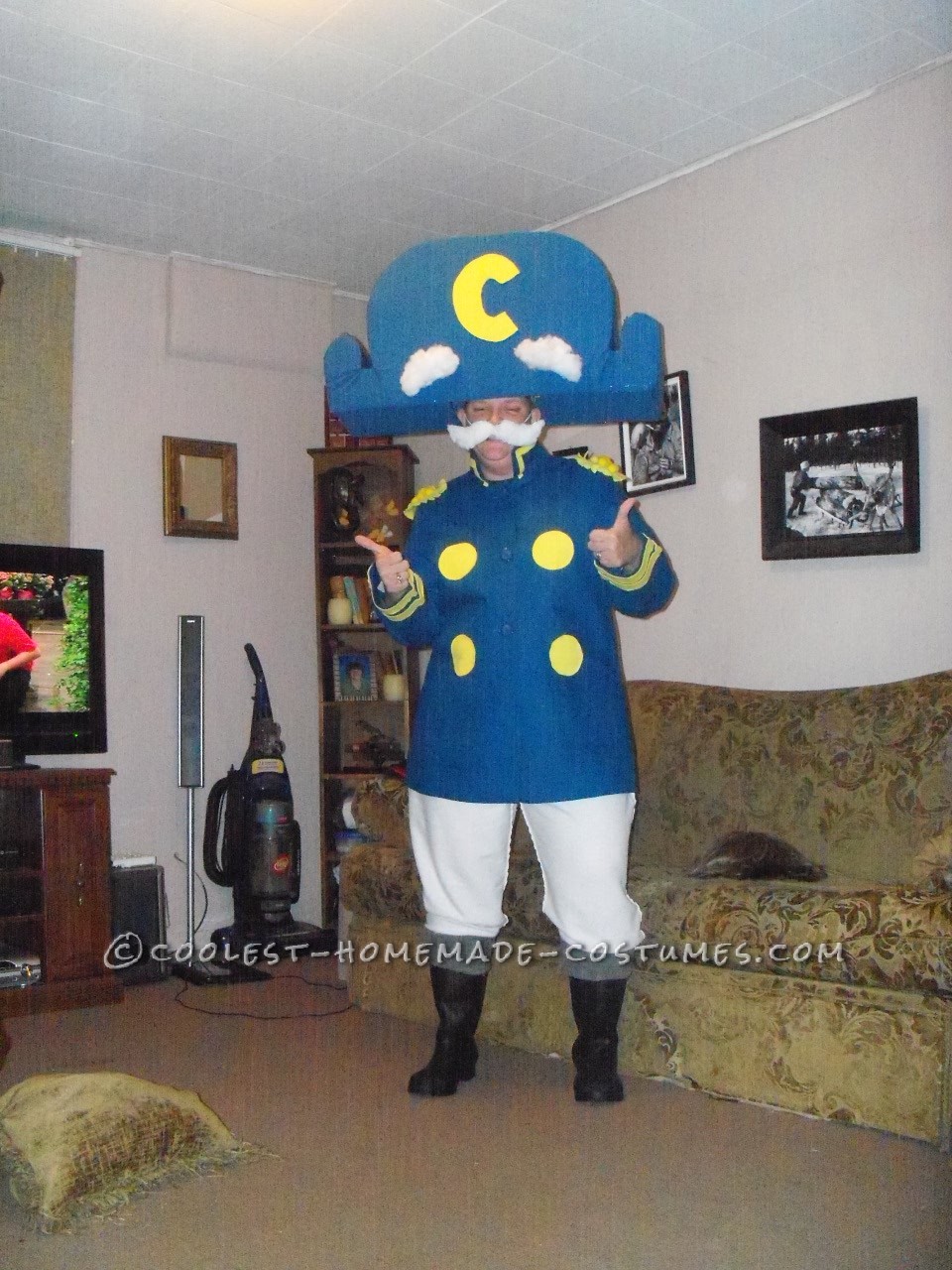 I love making homemade costumes as do my girls. I got this idea for a Captin Crunch Halloween costume from this site. I needed a costume for three parties I was going to and I wanted to win best costume, so I needed a very rarely seen costume.

I made my husband dress up as Sugar Bear ( he hated it, he doesn’t like to dress up ever, but he did it for me). He kept it on for about 15 minutes.  I started by looking for a jacket at a thrift store. Luck was on my side. I found the perfect one and it fit great (lets just say I’m a big boned girl) and perfect color.  I found a matching material for the hat and yellow felt for the embellishments.

The hat was a little bit of a process.  First I made a template out of paper. Traced it on to cardboard and cut it out, one for the front and one for the back.  I put cardboard in between the front and back, wide enough to fit my head and hot glued it all together.  I took and old baseball hat cut off the brim and hot glued it to the inside of the cardboard frame, it worked great.  I made sure to position the hat so that it sat just level with my eyebrows.  The hat didn’t move around a lot, stayed on great.

I covered the hat in bubble wrap to give it a softer look then covered it in the blue material with hot glue same for the letter “C”, cut it out, hot glued it. Same for the eyebrow. I used some white stuffing and hot glued them on.  Same for the shoulder puffs, the cuffs on the sleeves. The buttons on the jacket, cut them out and hot glued them on.  I had the white pants and black rain boots too.  I took some old work socks grey ones turned them inside out pulled them above the boots, they looked perfect.  I made the mustache by cutting out of cardboard, hot glued some stuffing on it, glued an elastic so it would stay on (like an eye patch).  Same for the side burns, cardboard glued on stuffing, hot glued them to the inside of the baseball hat.

My husband’s costume was easy, red shirt, brown pants, brown shoes and brown gloves.  I made the hat out of an old sweater, cut it out in the shape of a hat, added some bear ears, painted his nose black, and then we had Sugar Bear.  I won at all three of the parties I went to.  1st one I won a basket of candy, the 2nd one I won $15.00 and the 3rd I won a gift certificate.  So all the time spent (3 days total) was worth it in the end.  I love Halloween and making my own costumes so hope you enjoy my little tale  and my experience with making it.  I had fun making it and wearing it and winning from it. 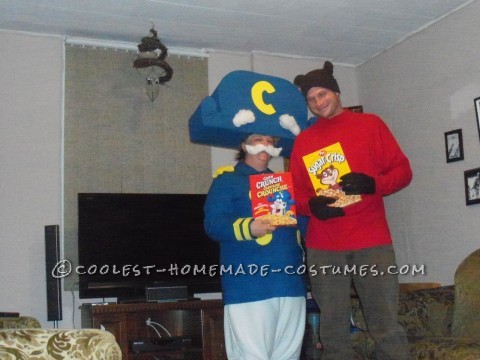