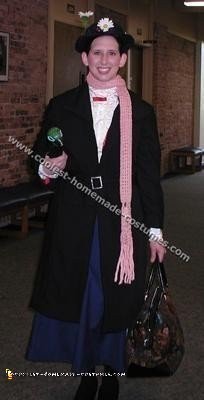 My park district was doing a Sing-a-Long with Mary Poppins event and I got nominated to portray Mary Poppins. I decided to make the Mary Poppins costume she arrives in. I sewed everything but the shirt and scarf. I found the hat on eBay and added flowers and cherries from a craft store (you can see though that the hat didn’t fit too well.) The total for the hat was about $15-$20.

The scarf was from a Salvation Army store for $.90. It was originally white and I dyed it pink. I attempted stripes but the color didn’t hold in the scarf so it ended up just pink instead of pink and red. Dye was $5. I also picked up shoes at the thrift store for $2. (In that scene she only wears black heels not button-up boots.) I also found a shirt at the thrift store for $2 and bought black tights at Target for $5. The thing that cost the most money was the material. I had originally tried to sew the shirt from an 1891 pattern but the material I bought didn’t lay right. I sewed on the yellow ribbon to match Mary’s shirt in the first scene – that was very time-consuming but it made the outfit much more authentic.

I made a red bow out of 1/2″ wide red ribbon. I also added 1/2″ wide lace to the collar of the shirt (turning it up instead of letting it lay flat) and the cuffs. Because the shirt that I got had hidden buttons I sewed on several buttons to the front. I made the skirt out of twill and sewed on the purple ribbon by hand. The coat was difficult but fun. I altered a pattern from Simplicity to include a red lining. I also sewed on the pocket flaps (I didn’t make actual pockets.) The carpet bag was borrowed from a friend and the umbrella was a loner from someone who got it as a souvenir from a Mary Poppins stage play. 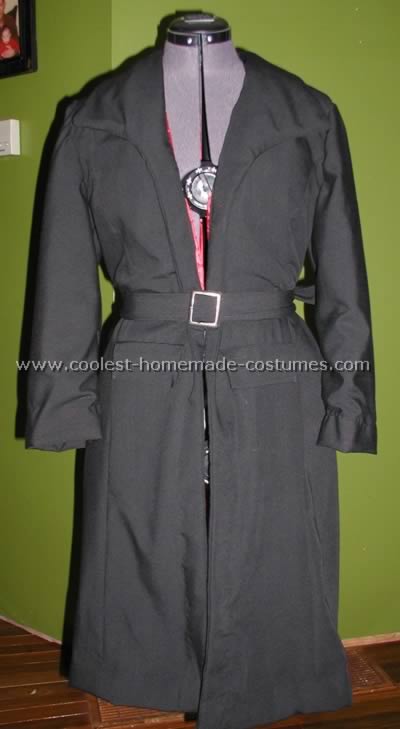 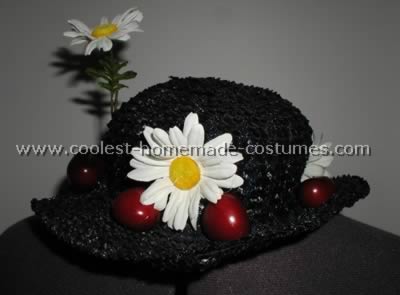