My main reason behind my costumes this year is my love for Disney….

I have always had a love for Mary Poppins and I’ve been told I look like her. Well it just so happens that my boyfriend kind of looks like Bert! With the new Mary Poppins movie coming out in December (called “Saving Mr. Banks) I decided to get ahead of the game and be them for Halloween this year instead of next. So luckily my boyfriend had all the necessary clothing for Bert and I made his chimney sweep and scarf.

As far as Mary Poppins goes I found pieces of my outfit from savers and altered them to fit me. I also added the ruffles on the shirt, made the bow-tie and turned a little girl’s white and pink hat into my Mary Poppins hat. I found a cane handle from a thrift store and made a parrot head out of it and also found my carpet bag at a thrift store! We won a couple costume contests from our friend’s parties and people couldn’t believe how legit our costumes were and how much we looked like them(yes we even talked with a British accent for the night and I always made sure my feet were turned out). It has been by far my favorite costume to date! 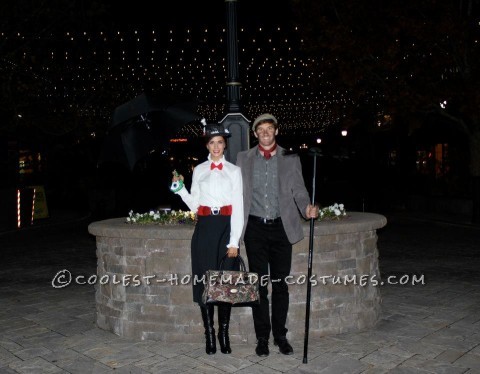 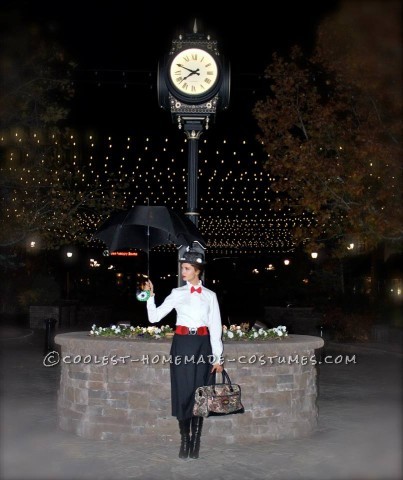 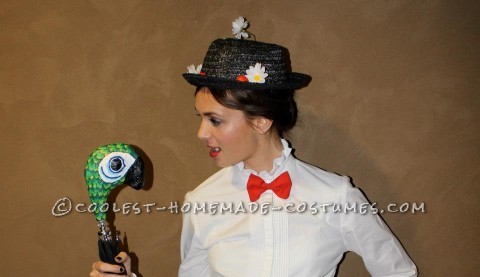 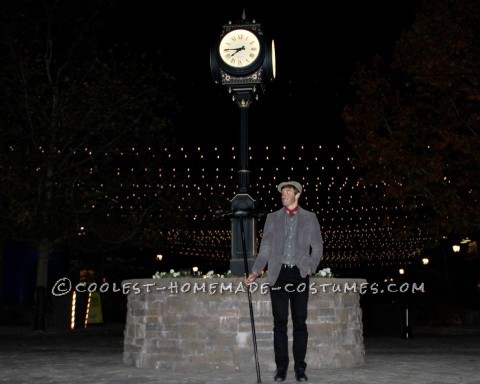