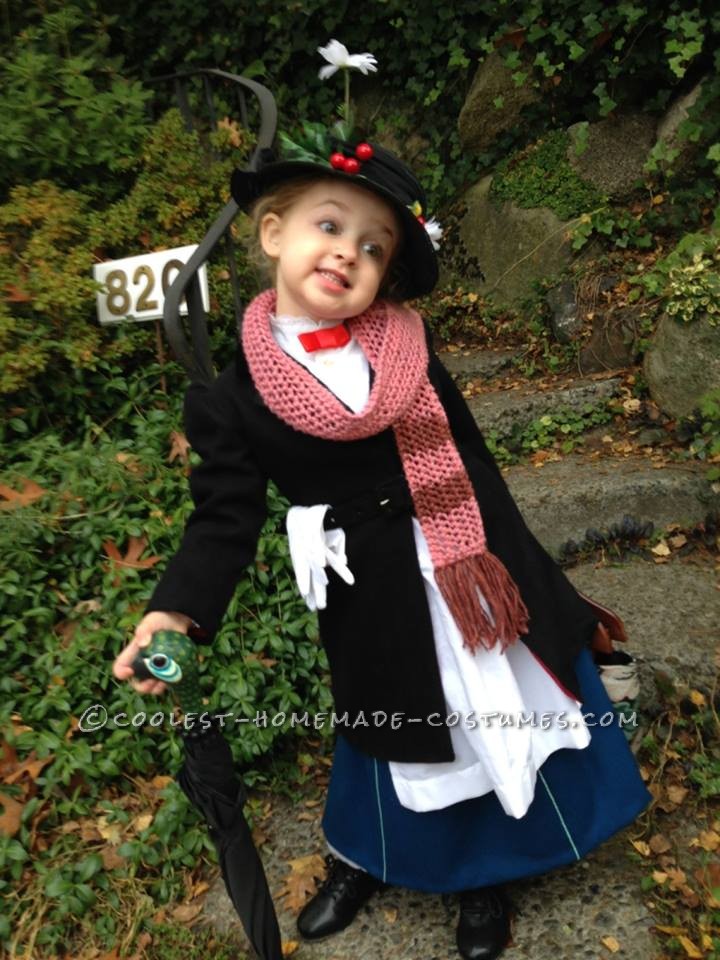 When my kids were growing up, I always made their Halloween costumes, so now that I’m a grandma, my daughter expects a homemade costume for her daughter, but it’s a lot tougher these days to come up with something special due to the plethora of commercial costumes available! So this year we were pleased when my 3 year old granddaughter asked to be Mary Poppins, because all her little friends wanted to be princesses, which is a fad we both abhor.  Luckily after seeing the movie, she was enthralled with Mary Poppins and has even memorized all the songs.  We also liked the idea of a Mary Poppins costume because the itwould include a topcoat and an umbrella, handy for a typical cold and rainy Halloween night in the Pacific Northwest.

The first thing I had to do was download the video (Amazon.com) and watch the movie over and over because I knew my granddaughter would notice any discrepancy in a Mary Poppins outfit.  So would my daughter!  My husband and I had already scheduled a shopping trip to Portland, where I was able to find the perfect fabrics as well as a pattern for an appropriate topcoat.  The only coat pattern I could find that I liked was for a “Biedermeier” circus ringmaster type of coat for a boy from burdastyle, which I adapted by changing the sleeve caps from pleated to gathered, removed the middle lower back panel, and reduced the amount of cut-away from the front panels.  The smallest size available was a boys 7, which I had to downsize a bit for my granddaughter who wears a size 5.

I found a black herringbone wool blend remnant, black silky velvet for the collar (and added touch not on the original), and a luscious red silky fabric for the lining at the Mill End Store, plus a beautiful blue wool crepe at the Pendleton Wool Outlet.

I knew I would only be seeing my granddaughter a few times before Halloween so had to make the most of my time to finish as much as possible before each fitting.  After modifying the pattern, I made a sample coat to test the fit from cheap black flannel and after a first fitting and some adjustments, set out to sewing the real thing.  Cutting and sewing both the black flannel and the coat wool covered my sewing room in black lint!  The red silky lining was incredibly slippery and hard to sew but with perseverance, I was able to complete enough of the coat for the next fitting.

I drafted a 5 gore Victorian type walking skirt pattern and actually cut it out of the Pendleton wool before doing a test fitting, which was a mistake because it turned out to be too full and heavy and I ended up reducing considerably the size of the gore panels (a waste of expensive wool, but will be used for doll clothes later).  I also had to shorten it because she has no waist and it drooped, making it too hard for her to walk with it so close to the ground.  I made the piping down the center gore from light blue fabric I had on hand.  Her ruffled petticoat is attached to a bodice so she won’t have additional elastic around her waist. The victorian style blouse is made from white cotton with a subtle woven stripe that I had left over from a Gibson Girl blouse I had made years earlier for my daughter.

Since she would be removing her topcoat at her preschool Halloween party, I made the apron that Mary puts on when she sings “A Spoonful of Sugar,” not only to help protect her costume from spills, but to also give her a more defined waist and hide the droopy skirt waistband.

After about 3 false starts, I finally found two yarns and a pattern that I liked for the scarf.  I found a cheap black straw hat and tore it apart to remake in a Mary Poppins shape of her size.  This also had to be done twice because the first attempt was too big.  Daisies and cherries purchased at Michaels were wired on and I was reminded that it was important that one of the daisies stand up taller than the rest…

Final touches are a self-fabric belt, white gloves, umbrella and a carpet bag.  The gloves are purchased but are way too big for her little hands, so are hung from the belt, just like the picture of the real costume in the Disney archives.  Her carpet bag is from another burdastyle pattern that I adapted for wooden handles so it would be easy to hold open for Trick or Treating.  I found the tapestry fabric at Joann’s. Last but not least is a red satin ribbon bow at her collar and a parrot umbrella purchased from the Disney store.

When Halloween finally arrived, she was very proud of her costume and received lots of compliments.  While trick or treating, some people even stopped to take her photo.  My daughter was very appreciative and proud that her daughter was not just another pink princess for Halloween.  Hopefully the costume will fit next year but I’m already worried about what I can make to please them both in the years to come! 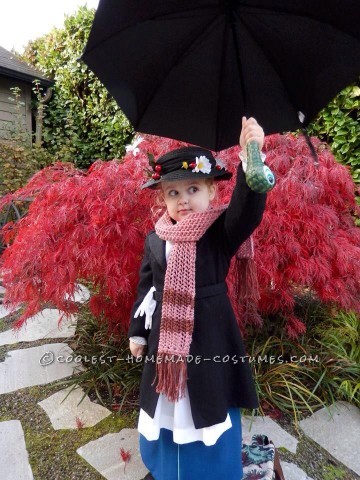 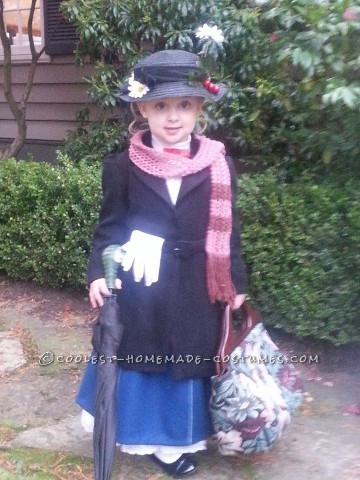 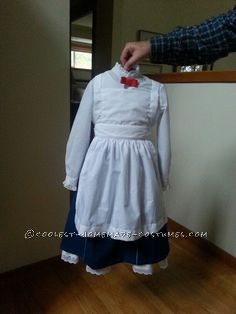 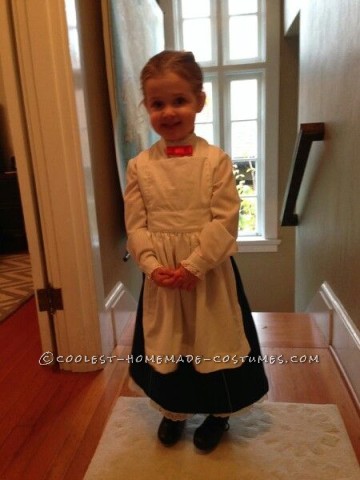 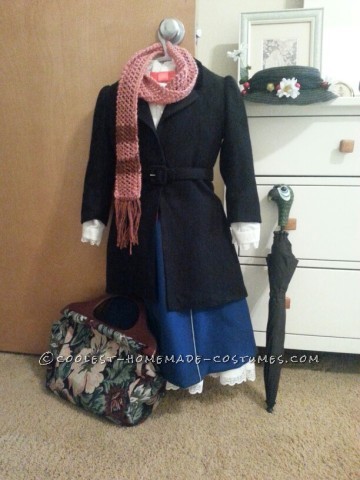 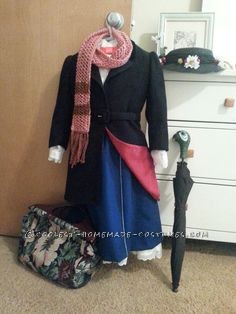