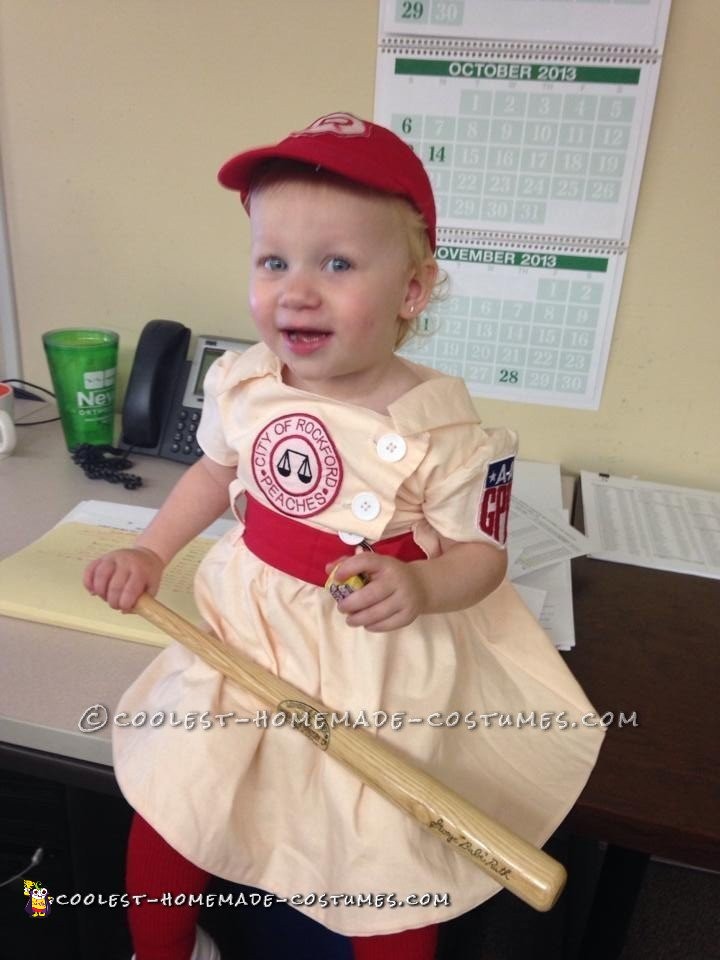 I saw this costume on Pinterest and completely fell in love with it. Unfortunately, there was no tutorial and the only ones I could find on Etsy were $150. I’m a perfectionist and a HUGE A League of Their Own fan, so I decided to make one myself. Using my daughter’s clothes, I made the top, which turned out surprisingly well. I had a pattern for a collar and skirt, and used those to complete the costume. I purchased the patches on Etsy and made the matching belt and hat. I found red socks at Old Navy after a long desperate search and purchased some white Keds. I was SO excited with how it turned out! And, the big bonus was I got to see Tom Hanks in all his glory many many times while I made it.

We took her to several events for Halloween and the costume was a huge hit! Everyone wanted to take pictures of it. I love original costumes and this was by far my favorite. I have no idea how I’m going to top it next year, but I’m thrilled with how well it went! The only downside was that she had a weapon. That bat may be small, but I promise it hurts! She also tested out the sturdiness of the sidewalk everywhere we went. Thankfully she refrained from hitting anyone other than me, so I have no pending lawsuits.

After Halloween, we entered several contests, all of which she won. Of course, she loved all of the attention. The only downside was explaining her costume to anyone under the age of 25. People, make your kids watch this classic! It’s only the best baseball movie ever. Possibly the best sports movie ever, rivaled only by The Blind Side.

I do plan on making a tutorial at some point. Search for it on PInterest! I’m more than happy to help :) 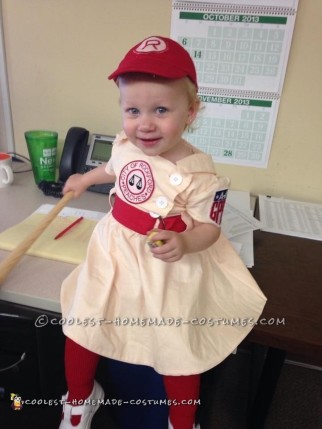 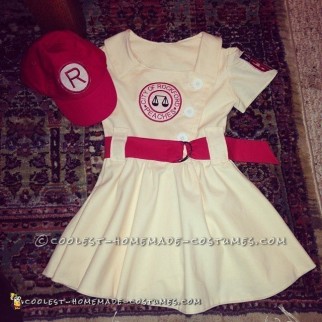 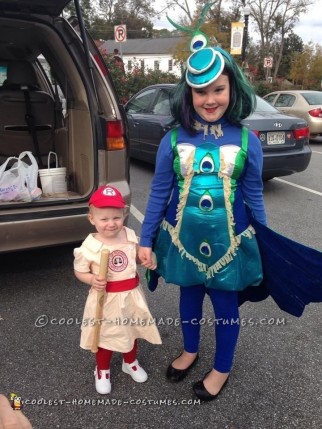