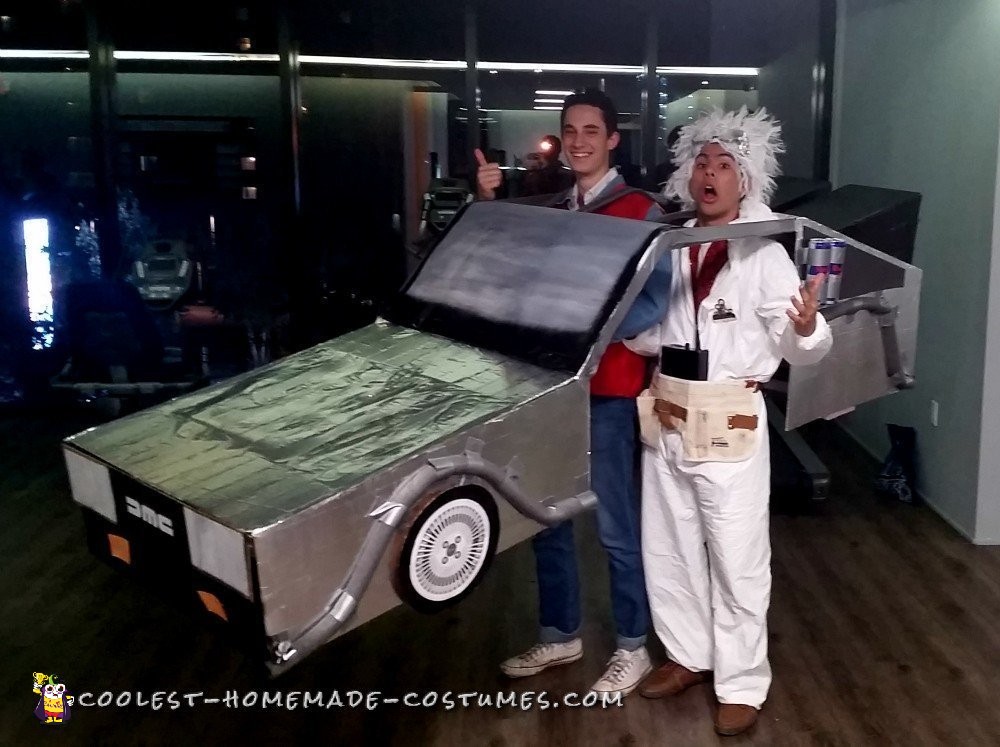 Coming from a family that always made handmade costumes, creating homemade costumes runs in my blood. This year was the first time I would celebrate Halloween outside my home as I am a freshmen in Cleveland Institute of Art. I traveled from sunny Miami, FL to cold and rainy Cleveland, OH. Besides being in a new environment, I was also confronted with new peers, faculty, and customs. As time went by I was able to assimilate with Scott (another freshmen student) who now is a close friend.

Flash forward a few weeks ahead, and its mid-October. Working on an assignment together, I asked what exactly he wanted to dress up as for Halloween. Without hesitation he said we should be Marty Mcfly and Doc Brown from the Back to the Future Series. The idea amused me but coming from an art school where Halloween is the opportunity to go over-the-top with costumes the competition was going to be intense. “If we are going to be ‘Back to the Future’, we need to make a frick’n DeLorean”, I told him. We had a total of 1 week (on top of our normal school curriculum) to create the 8’x3’x2’ vehicle. It would seat two people in the middle of the car and resemble a DeLorean.

We really hyped our costume to the rest of our peers. But as much as we excitedly told people our outrageous idea, we received a lot of skepticism. The idea was just too big to execute on top of the school’s rigorous assignments. To Scott and I, this was simply adding fuel to our motivation to prove the rest of our peers wrong.

Our first night working on the DeLorean seemed hopeless, we scavenged the school for all the pieces of cardboard to try and mimic the angles and proportions that would best resemble the DMC car. With a utility knife and half a roll of duct-tape we created a simple mockup and determined the spacing of the costume around the two of us. Although we roughed out an idea of what it might look like, the car didn’t have the necessary support and it looked like a hot mess. Scott assured me that Friday night he would leave to his home and bring back wood, and pink foam to create a sturdier structure for our vehicle.

On my downtime it was simply getting all the costume components for Doc Brown while Scott got the ones for Marty Mcfly. I ordered myself a white jumpsuit with a wig and tool belt that was sent from me home. I borrowed my friend’s Hawaiian shirt and googles and I was good to go.

That same Monday, Scott came back and I was heavily stressed with my classes for which I hadn’t finished any of my homework. I go to check my email to receive confirmation that there is in fact no class on Monday or Tuesday. At that moment I knew that I was meant to work on this oversized arts and crafts project.

Without a doubt, Scott had returned from home what he promised, narrow flat pieces of plywood and a huge board of pink foam, I breathed a sigh of relief. We took the pieces of wood to our schools woodshop and created the basic structure for the vehicle. We made a preliminary sketch and then transferred the dimensions to a full size replica which was drawn onto a long piece of brown paper. We overlaid the drawing with the pieces of wood we had and hot glued all the joints together. Now with both frames done, the next day we went to Home depot to get the rest of the supplies we needed for the car. We hopped on the public bus that Tuesday and immediately stormed the store looking for insulating tape, foam tubing, spray paint and of course, more duct tape.

The extensiveness of the project was soon dwelling on Scott and I. We had not accounted to how much work we had put on ourselves. Our process was first with our two wood frames on either side that made the car (shown in the pictures. Once that was complete, we hot glued pieces of pink foam to either side to create the width of our vehicle. We needed the car to be as light as possible and refrained from using cardboard as much as possible. As an alternative we used Bristol paper which is almost as sturdy as cardboard and it allowed for us to spray paint, cut, and shape to our desired shapes. It was a fraction of the weight of cardboard and made it easier on us when we had to lob our vehicle through the room.

With all the materials we had, we wrapped our entire structure with the insulating tape that gave the vehicles shiny complex. We glued our front windshield, headlights and back headlights which had been painted prior and were added to their corresponding spots. We got the foam tubes and cut them through the middle and taped them around the edges of where our wheels would go. We printed rims and the DMC logo and glued them onto our cars exterior. And for the final details, we added red bull cans to convey the message our car was really flying. And a minuscule detail was the license plate with the year 1985 as a tribute to the original movie.

Saturday October 31, 2015, the day of  the Institute’s Halloween Party, was judgement day for me. Sprawling outside my dorm room is a cloudy rainy day with no signs of clearing up. Our journey for that day was to walk about 4 blocks up the street to reach the location of the party. It was a short walk but at the same time the elements would be at our disadvantage. “That’s why we used the insulating tape, to withstand the rain and wind”, Scott jokingly added to my distress. At that point, the only thing I was hoping is for the car to get to the venue in one piece.

Back in our dorms common area, it was time for the faithful moment to move the Delorean out of its resting place. Just looking at the thing the elevator was out of the question as it was too narrow to contain an 8’ prop inside it. Our only way out was too move it out the stairwell and carefully maneuver the car down 4 flights of stairs. This was something that neither Scott nor I had accounted for. With a whole crowd of students behind us watching in awe and curiosity, we eased our behemoth through a 3 foot doorway holding the car on its side. We walked down the stairs with the aid of 2 other people until we finally get outside. But that was the least of my worries when a gush of wind almost knocked us over. The people that aided us going down the stairs accompanied us as we made our trek to our final destination. We treaded through local bars and restaurants and the reactions on the people was priceless. The best reaction was passing by Corner Alley, a bowling alley, with glass walls that allowed customers inside see anyone walking down the sidewalk. It was at that moment that we slowly started making heads turn as they see a bunch of college kids lobbing a DeLorean. In all directions people started taking their phones out to document this bizarre scene. The reactions were a combination of excitement and happiness to completely weirded out.

The vehicle would tock back and forth getting pushed by the wind around all sides. Scott and I kept the car as steady as trudged onward. It was soon when we caught a glimpse of our destination. We near the venue and quickly ease our vehicle through the narrow entrance once again. It was truly a Halloween miracle when Scott and I were finally inside the establishment with our pride and joy. We enter the party and are immediately received by a standing ovation from our fellow peers as well as employees. It was my 20 seconds of fame and popularity and I never thought it would be achieved with a homemade DeLorean.

The party is really kicking in, the food was nothing short from amazing, and the other costumes didn’t come close to our creation, or so we thought. Halfway through the party was the costume contest with various categories to participate in. It was set up as a nomination voting and people would vote for who they think deserved to win in each category. Ideally there was the duet costume category which was consisted of 2 people. Immediately I thought to myself we are going to sweep this competition. It finally came down to announce the winners of each category. They started with the scariest category, then the most creative, best group costume and last but not least, the best duet costume. I listened attentively to the scratchy speakers to finally hear the words, ‘Back to the Future, you win! ‘. “Alice in Wonderland and the Mad Hatter you have won the duet costume category, congratulations”, and just like that Scott and I were completely dumbfounded. My jaw dropped to see the generic Party City costume present themselves before the whole crowd of people.

And that was that, we had lost the contest to a Halloween-store-costume. It was probably the saddest two minutes of my life. But in retrospect, it was truly what went into making this costume that I learned about different materials, my work ethic and the ability to go above and beyond with anything. Also I was able to make a new friend which is always a plus. And although it was a goal to win in the end, the expressions of all the skeptics that doubted our Delorean dreams, was completely priceless.  They were probably even more dumbfounded then Scott and I when they saw the car at the venue. 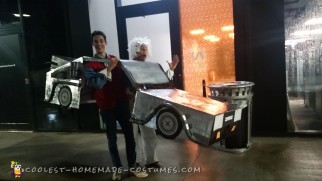 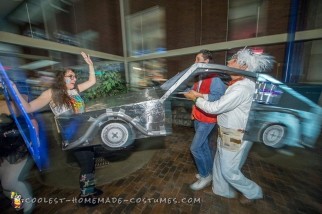 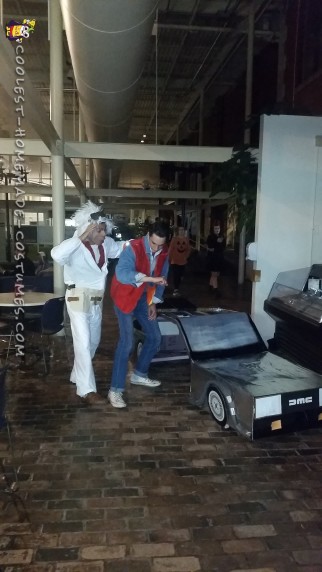 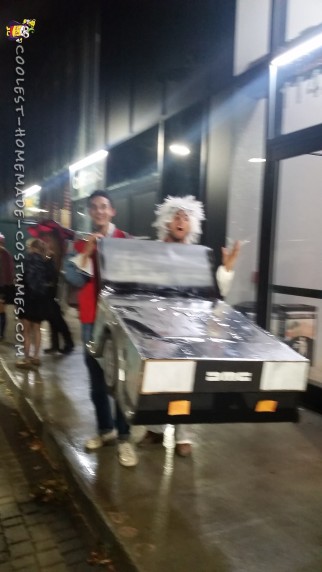 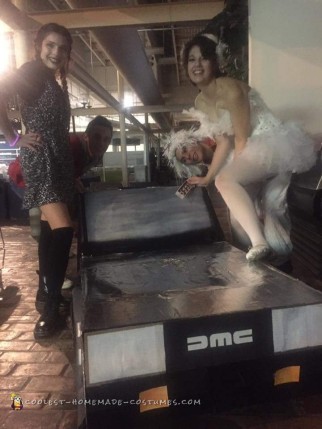 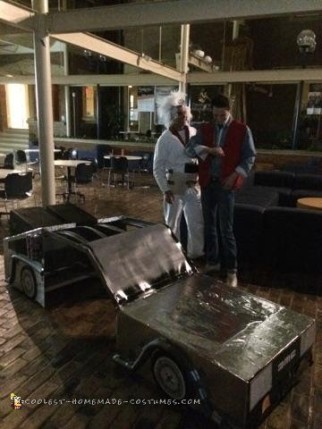 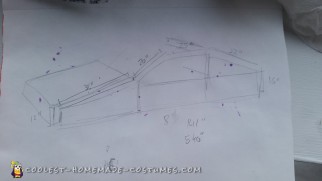 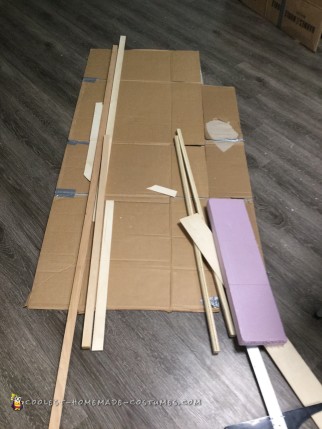 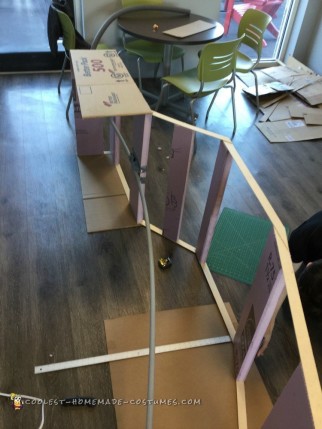 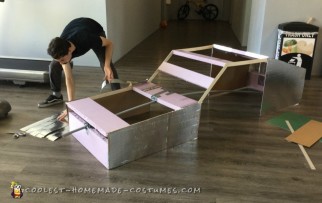 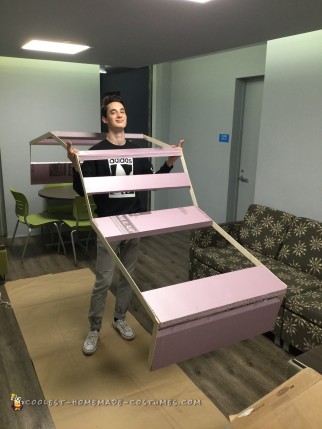 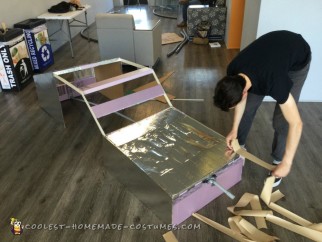 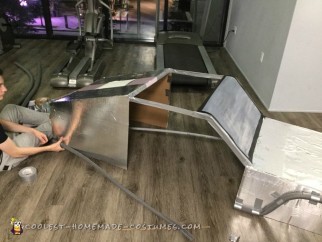 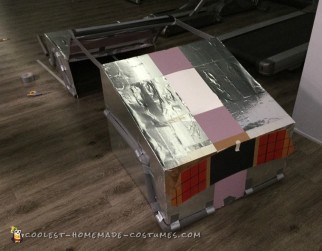 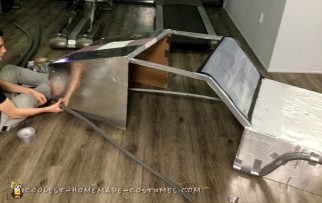 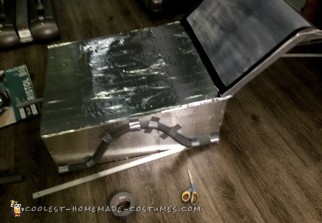 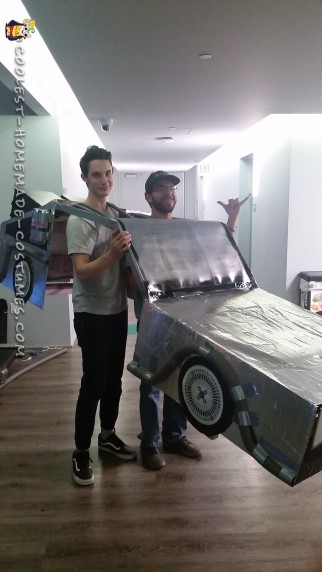 DIY Back to the Future Delorean

Great Scott! What a Costume! It’s 2-Year Old Doc Brown from Back to the Future

The Libyans from Back to the Future in Their Van