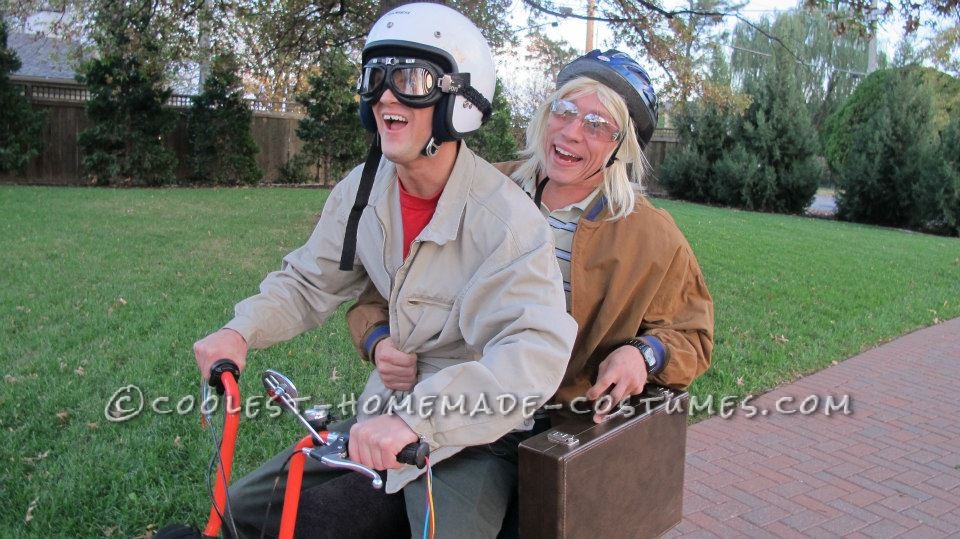 Dumb and Dumber (Harry Dunne & Lloyd Christmas) was an idea I had for Halloween for 2012. I was trying to think of something not only fun and clever, but also something that I could also pull off resembling. I wanted to be original too, not just wear the typical blue and orange tuxedos you can buy, but make and piece it together with normal clothes that they wore in the movie.

We got so many compliments over the Halloween holiday and even afterwards. People could not stop laughing, and even one girl loved it so much she cried! Lol! People thought it was hands down the best and funniest costume they had ever seen. Everyone wanted pictures and a were quoting lines from the movie each night out all night long! There were several people that approached us on the weekend following Halloween that recognized us outside of costume in normal clothing and complimenting us again on how awesome and so good we were.

One afternoon, my friend and I just dressed up in costume and rode up and down one of the busier streets in town on our little scooter. People were honking, taking pictures outside their windows, and even speeding up ahead of us to pull into a parking lot to wait and ask to take a picture with us. Was so fun and funny!

At a bar on Halloween night we were riding the scooter around in a circle on the outside of the dance floor and we had a train of 50+ people following behind us.

In putting the costume together I went to several DAV thrift stores, finding the perfect shirts, jackets, pants, and shoes to match the movie.  I also found the perfect white helmet and goggles for Lloyd and a bicycle helmet and clear glasses for Harry.  Found an old briefcase and stuffed it full of IOU’s I made from some notebook paper and stuffed my jacked with two pairs of gloves…”yeah, we’re in the Rockies!” I also got some black tooth-out liquid to make my tooth look chipped as Lloyd. I even cut my hair to look like Lloyd Christmas, ha!

I also found a little scooter on Craigslist, put a little bike bell on it, mounted a bike taillight, a rear view mirror, and made some streamers out of ribbon…“can get 70 miles to the gallon on this hog!”  This scooter didn’t have a battery that I could hook up a headlight to, so I just bought some driving lights from Walmart, removed the bulb from one and drilled a slightly larger hole to snugly fit and replace it with a small little LED flashlight. 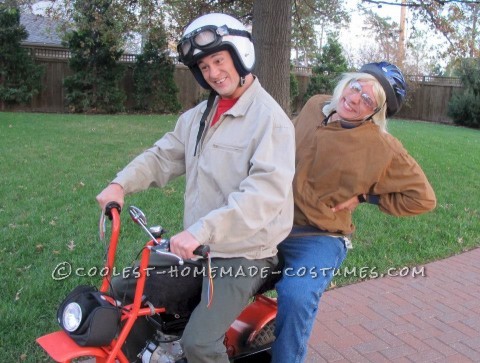 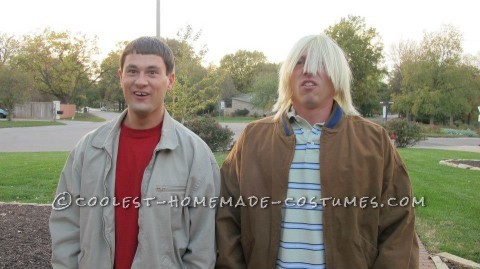 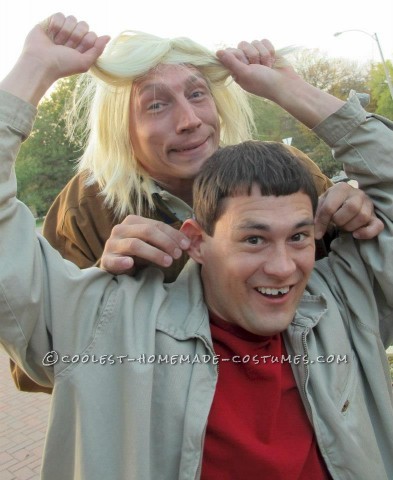 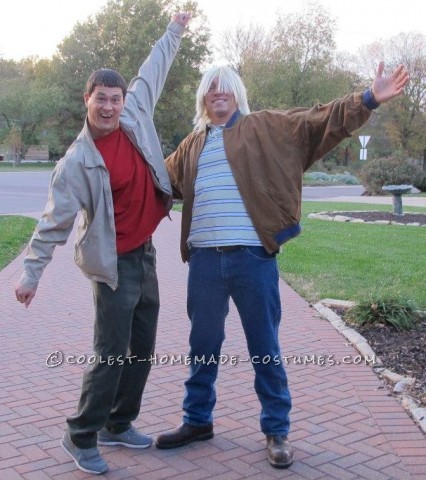 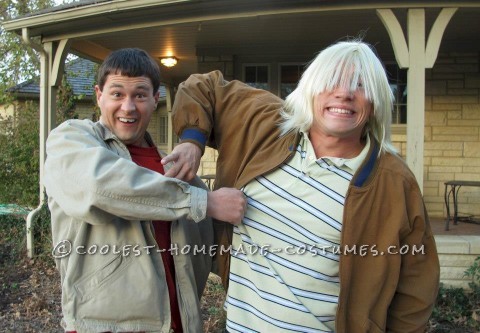 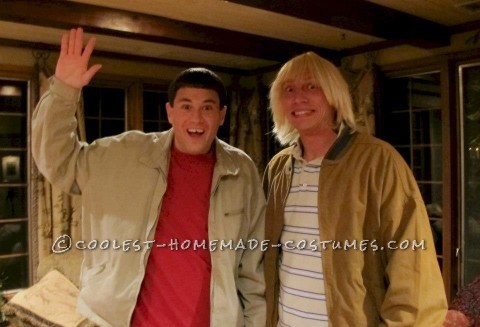 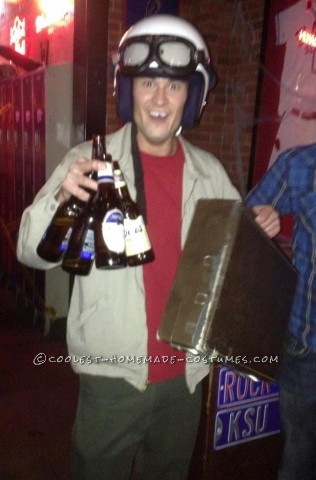 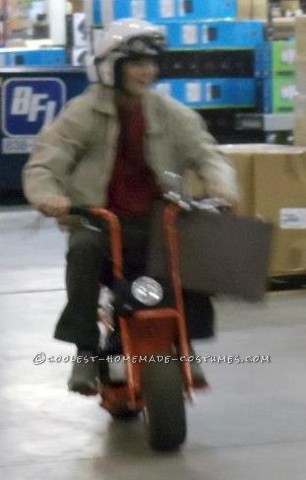 Harry and Lloyd Twin Girls Costumes Ride in a Sheepdog

Cool Harry the Hunter and Voodoo Shaman Costumes from Beetlejuice

1 thought on “Best Dumb and Dumber Look-A-Like Costume Ever!”