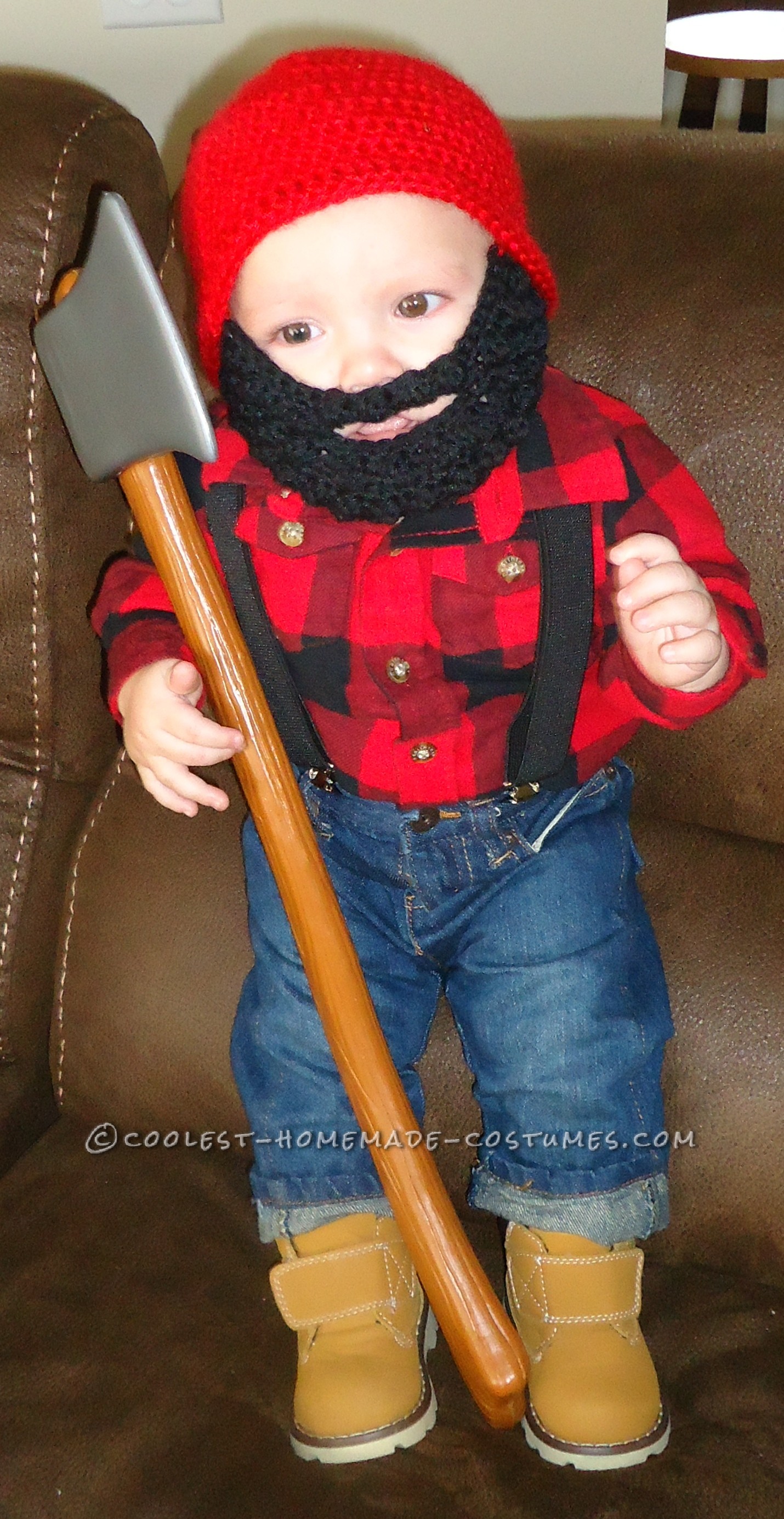 I looked for weeks for the perfect costume for my 8 month old little boy’s first Halloween costume! I wanted something that was not common and wanted him to stand out! The little lumberjack’s name that I am telling you about is Eastin Cade Sackett. One day I was looking through his clothes and came across a onesie with a lumberjack on it and said “THAT’S IT!”

Everyone tells me he looks just like his daddy so I thought if they think he looks like him now then wait until they see this baby with a beard on!! His daddy has a big beard and I knew it would make him feel good if his little buddy matched him :)  Boy was I right about them looking like twins,  they looked so so much alike!! It was just too sweet. I had to crochet the hat with the beard which was the hardest part but that is what made the costume so cute! Everywhere we would go people would stop and tell me how cool it is!! He definitely did not like the hat at first but after putting it on him all week he got used to it!!!

It was just to cute not to take him to all of our local events with his lumberjack outfit on!! After the beard was done I looked around for things that a lumberjack would wear and use! I got him an ax and put together an outfit. I also took him to our local Food City Halloween costume contest and he ended up winning 1st place!!! I was so excited that he won!!! I also took him to our local Kroger but they have not picked a winner yet so I am hoping we win that contest or this one!! We have had so much fun with our little lumberjack this Halloween!!