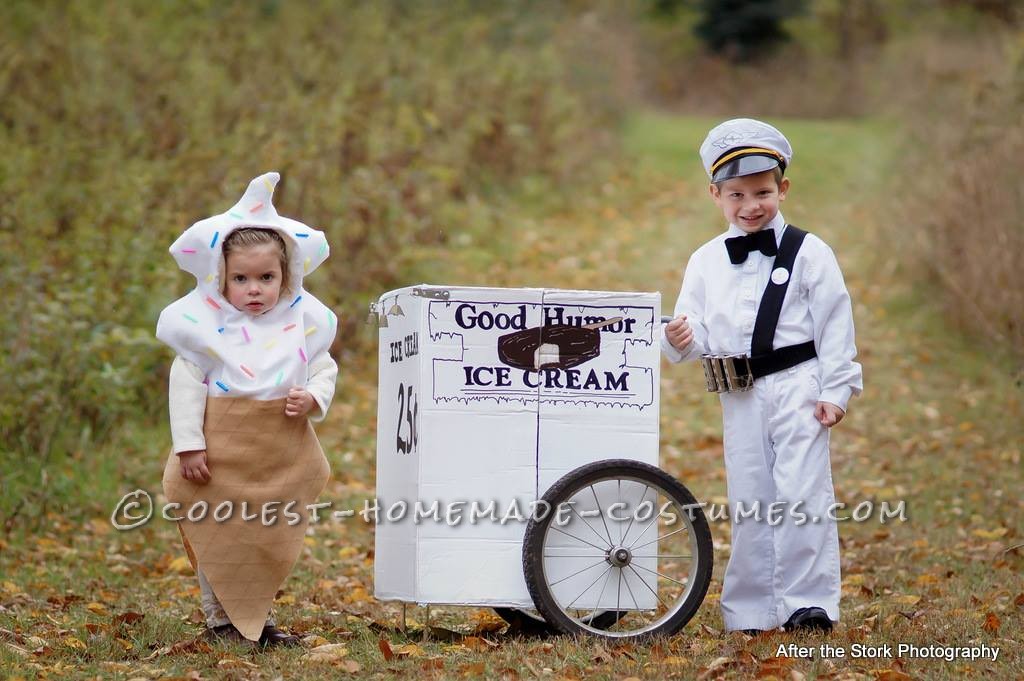 This Ice Cream Man Ice Cream Cone costume was inspired by the fact that we live just down the street from our real-life neighborhood ice cream man. My children are endlessly fascinated by him and they squeal with delight when the hear the happy music of his truck (which, incidentally, is not really a truck but rather a train-shaped body powered by a Cushman engine with a smokestack fashioned out of an old tuba and the letters ICRR emblazoned on the side). He is a sweet old widower who is shy and retiring, and it seems that his ice cream route is a way for him to connect with his community.

So, to pay homage to our dear neighbor, we decided to dress my son as the ice cream man and our daughter as his ice cream cone sidekick. She’s getting a little tired of always being the Best Supporting Actress (last year she was the monkey and he was the organ grinder), but she’s only two, so she has plenty of years ahead of her to play the lead.

Since I can’t sew, I have to rely upon my trusty hot glue gun to get me through my Halloween preparations. In  my experience, there is little that cannot be accomplished with some felt, Velcro, and hot glue!!

Thrift store white pants and shirt were the base of my son’s uniform. I then used black felt and Velcro to fashion his bow tie and belt/shoulder strap. His finishing touches consisted of a vintage coin changer on his belt, and a white captain’s hat with a Good Humor logo glued to it.

To be honest, I was initially feeling only  “ho-hum” about this costume idea. I was lying in bed one night wracking my brain for ideas on how to jazz things up a little bit, when I suddenly had a vision of the broken down old lawnmower parked behind our garage.  “Wheels!!”, I thought. “We can make a pushcart!”  So, the next day found  me in the backyard disassembling the old lawnmower.

Once I had the wheels and axle off, I had only to find a box that was about the same width as the axle, and the pushcart started to take shape. A little paint, a few odds and ends of hardware, and yes, more hot glue, and we had ourselves a pretty official-looking Good Humor ice cream pushcart.

Then it was time to turn my attention to my daughter’s costume where felt, Velcro and hot glue would really have their chance to shine. I made  ice cream and cone patterns on paper and then traced them onto felt, then cut and glued everything together. My dear, sweet two-year-old daughter was not super excited about trying her costume on for me during the process so I could see how the sizing was going, so I had to make my best guesses and I got pretty lucky. After we spruced her outfit up a bit by adding some sprinkles (made out of colored straws cut to size and affixed with glue) she became a more willing participant.

Once we had everyone outfitted, we put our handsome little ice cream man at the helm of his pushcart with his  ice-cream cone sister at his side, and hit the streets at a local fall festival and Halloween parade. People all over town were delighted by the darling duo. They seemed genuinely touched by the nostalgic flair of this costume. We even got chased down by a couple of teenage girls who were panting from having run several blocks to get a better look at the costume. Several people gave my son nickels and dimes to put in his coin changer. We beat out a mummy, a couple of cheerleaders, and a giant chocolate bar among others for first place in the childrens’ costume contest.  This netted us $15 to deposit directly in the college fund.  But the greater prize was the enjoyment these costumes seemed to bring to everyone who saw them.

Then we wandered down the street to show our costumes to the real ice cream man.  He is a quiet, gentle man of few words, but I think he was touched, and I might have seen him dab his eye as he turned to get a treat for the kids. 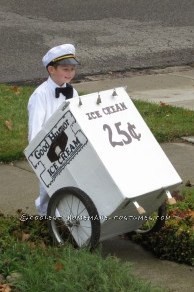 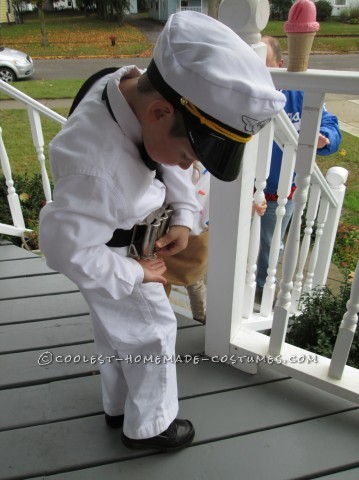 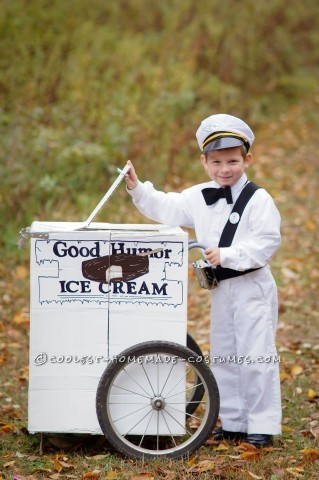 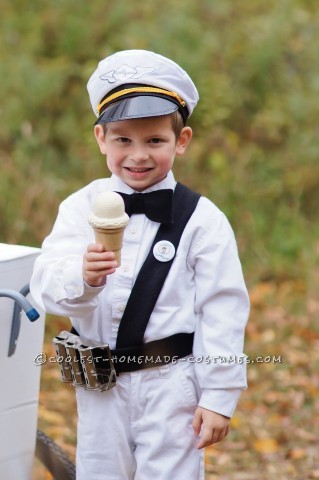 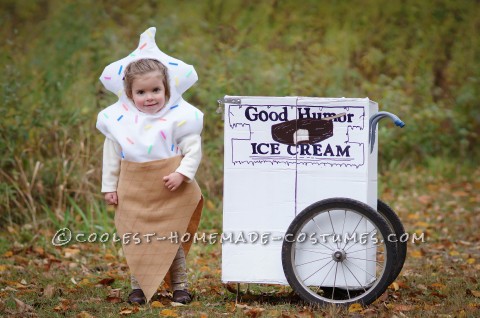 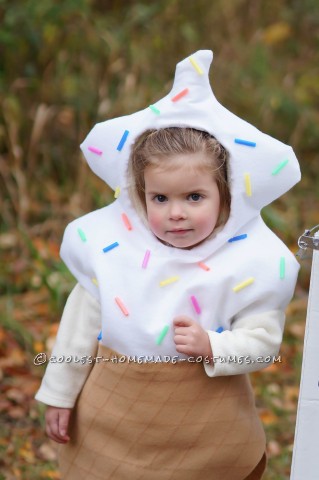 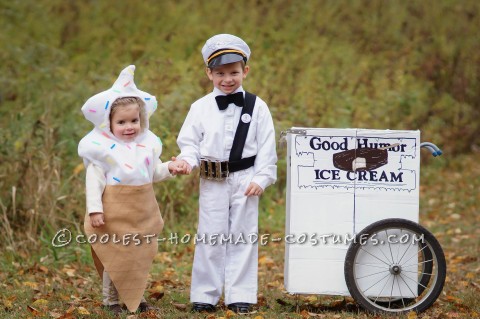 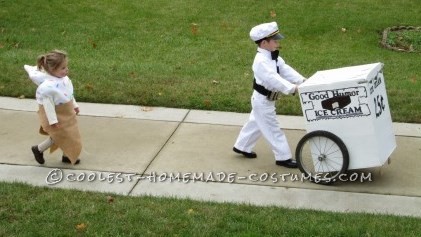