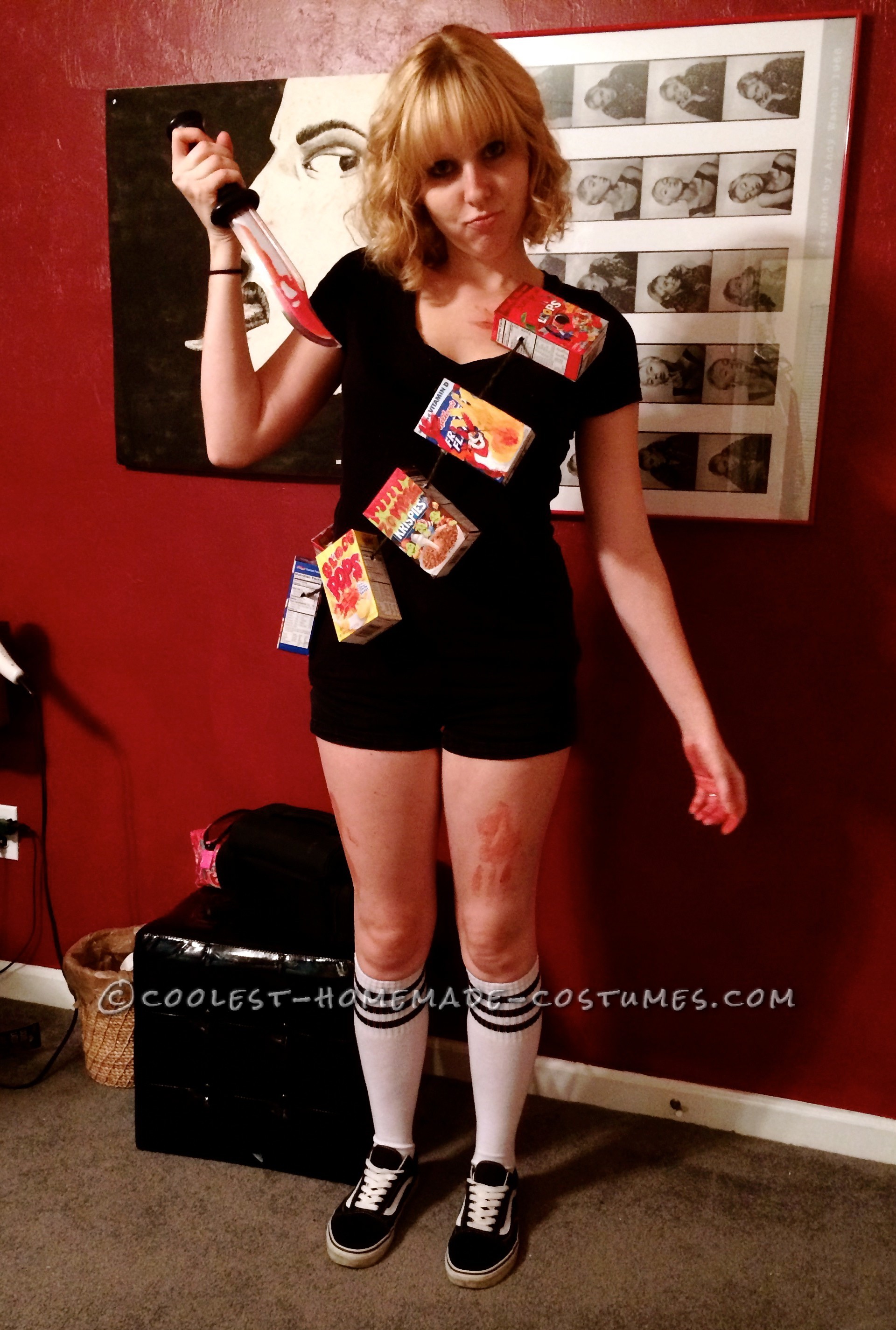 For Halloween last year I wanted to be something funny, but also something no one else was going to be. It took me awhile to figure out what I was going to be, and by the time I figured it out I only had two days to make my costume. Luckily, my Last-Minute Cereal Killer costume was simple to make.

My Cereal Killer costume was a total success that night! It may have taken a few seconds for some people (mainly the drunk ones) to understand what my costume was, but everyone laughed and told me how great my costume was all throughout the evening.

Making my costume was super easy, here’s how I did it:

1) The first thing I did was empty out all of the cereal boxes and poke holes on the two smaller sides of the boxes, that way I could lace the string through them all later on.

2) I decided that I wanted to make the cereal boxes a little more “Halloween-y” by painting some blood and changing the names of the cereal (ex: Bloody Flakes)

3) I laced all the the boxes on the string I had, and tied a knot on each side of the boxes to make sure they wouldn’t move around.

4) Smear fake blood all over (I had the most fun with this step).

All together making this costume probably took me about two hours. If you skip the painting step, I’m sure it will take a lot less time. 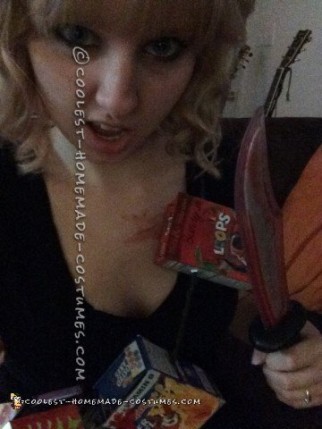