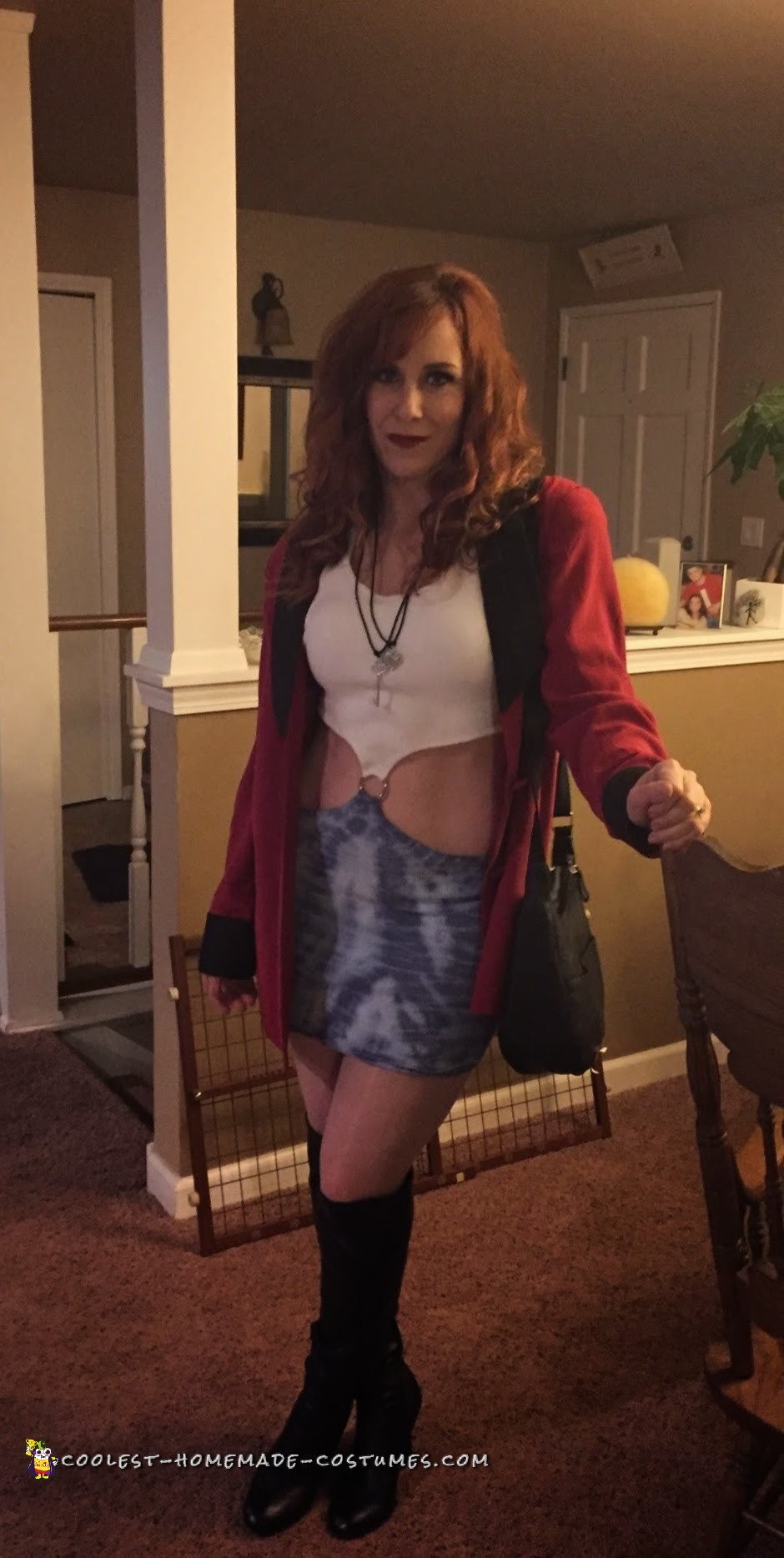 Honestly, I ran out of time to make a costume this year – just didn’t get around to it. Ack! What to do?! I can’t buy a premade costume – the horror! So, I needed something fast and easy. That’s when it came to me. What’s “faster” and “easier” than a hooker? I asked my husband if he’d mind just wearing one of his business suits for Halloween. He’ll do pretty much whatever I ask of him for Halloween, so of course he didn’t mind!

I thought of it on a Saturday and went to the store to buy the three things I figured I would need: men’s “wife-beater” A-shirts, blue Rit dye, and metal shower curtain rings. I made it the following day (during the Seahawks v. Panthers game – go Hawks!) by cutting the men’s A-shirt through the middle. After cutting in half, I cut the curved side cutouts. The shirt fabric is a bit thin so I used two and doubled them up, sewing them together along the cut edges and turning right side out. I then tie-dyed the bottom with the blue Rit dye. I got nervous that it would soak through my rubber band ties so I took it out after 10-15 minutes but it was fine and could have gone longer.

Once that was done, I rinsed and dried the blue tie-dyed bottom piece and connected it to the white top by wrapping the middle ends around the metal shower curtain rings and sewing by hand. Voila! I had my Vivian (the hooker with a heart of gold) dress.

The next day, I was able to find a red blazer at a thrift store, so I crafted a black collar and cuffs to add to it so it would look more like what Julia Roberts wore in the movie. I also made necklaces similar to hers out of some cheap charms and black cord ribbon. I already had the boots so I stuffed some colored condoms (which I had to go buy lol) in them.

She was a major hit at the fundraiser Halloween party we went to. Unfortunately, there was no contest but everyone knew who I was! It ended up being a super fun costume. 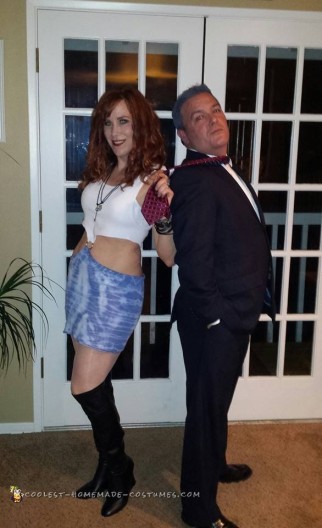 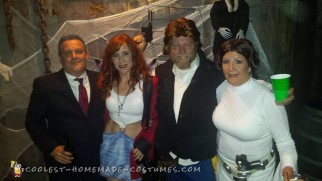