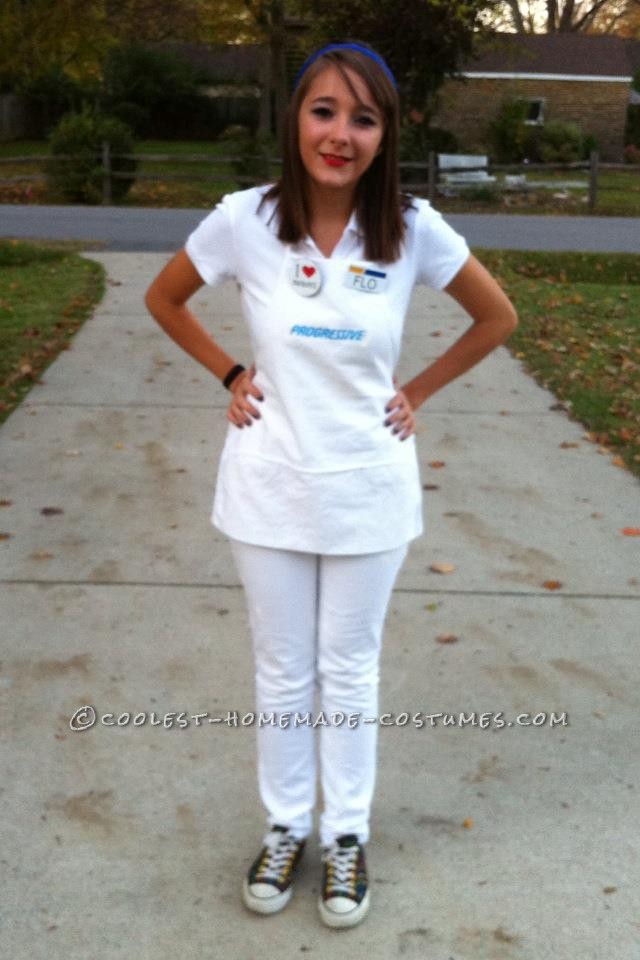 Around Halloween last year I was undecided about what I wanted to be. Halloween is my absolute favorite day of the year no doubt, and I was tired of the classic vampires and witches. So I was watching television one day when a Progressive Insurance commercial comes on. It was Halloween themed if I remember well. And it gave me an idea! I was going to be Flo the Progressive Insurance Girl for Halloween! It could be a very easy homemade costume that would definitely get people’s attention, which is exactly what I was looking for.

So I went to Wal-mart and bought a white pair of jeans and a white collared t-shirt. I also bought a white jacket because it’s cold down here in Tennessee around Halloween. I then went to a local craft store and bought a plain white apron. A friend and I carefully wrote “Progressive” on the apron with a navy blue fabric marker. I went to Progressive’s website and they had a print out for the button, which I printed out and glued over old buttons I never used. I bought a navy blue head band from Wal-mart to go in my hair. All that was left to complete the outfit was a pair or black converse, but any kind of shoe would work.

For the hair and makeup, it’s very simple. You can tease your top layer of hair into a small bump, or just buy a ‘bump it’ like I did. For the makeup all you have to do is winged eyeliner (if you even want to) and bright red lipstick is a must. False eyelashes are also an option.

This is literally all there is to it! I’s amazing, and really cute. You’ll be getting all kinds of comments, and most likely win every costume contest you enter. I entered one at my friend’s local church. No one knew me, and I still won over some amazing costumes. One being my best friend dressed up as Facebook (in the picture).

My high school marching band lets us dress up in costumes at the home football game closest to Halloween. We also put on a pretty cool Halloween-themed half time show that night too. We play Halloween themed music and had a lot of fun. I went in my Flo costume and everyone loved it. While we were performing I saw many people in the huge crowd pointing me out and saying, “Wow, that’s so cool.” I’ve now earned the nickname ‘Flo’ around my school.

This costume is so simple and creative and people are guaranteed to love it. It’s definitely worth a try! 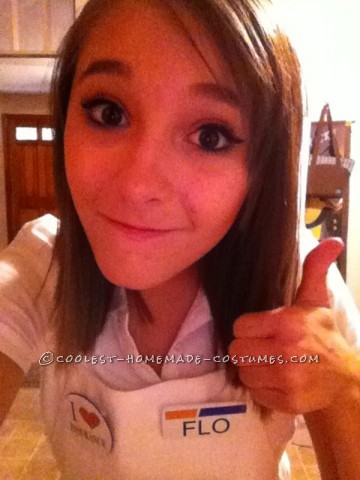 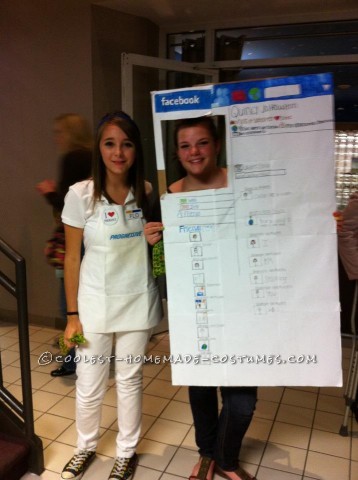 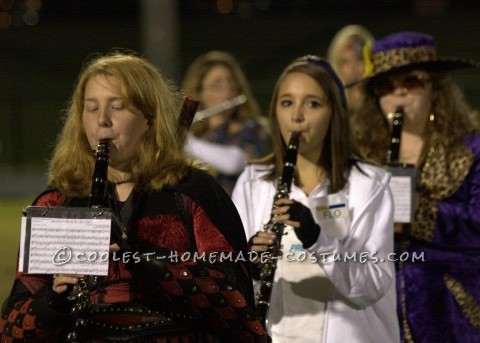 Go with a Flo from Progressive Costume