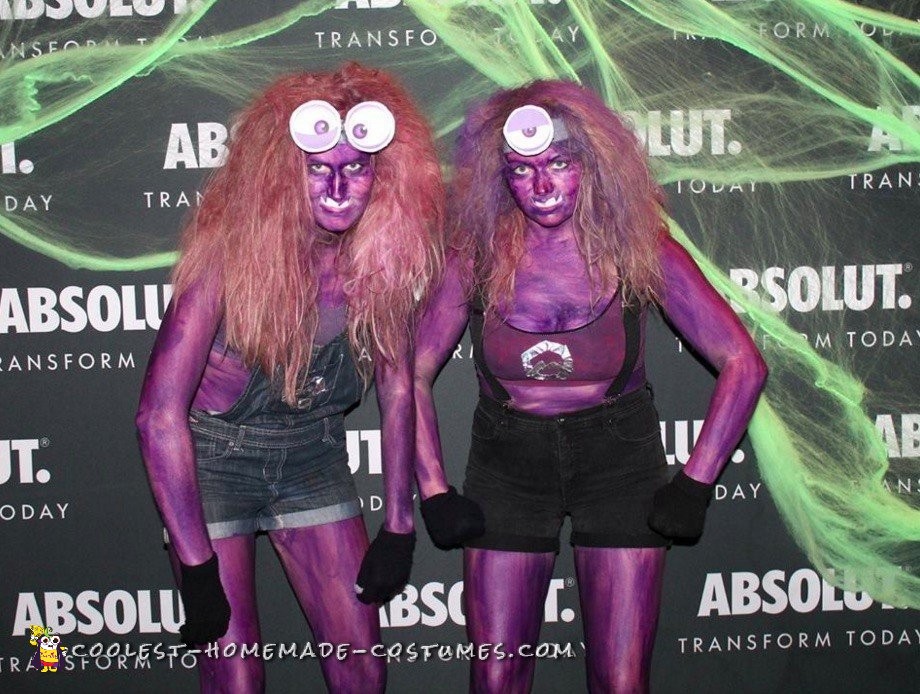 My cousin and I have been inseparable out whole lives and every year for Halloween we do some sort of duo costume. Since she is moving across the country next month and this was realistically our last Halloween together for a while, we decided we wanted to go out with a bang! We wanted to be virtually unrecognizable and creative. We wanted to take a twist on the classic minions from Despicable Me and Despicable Me 2.

We spent less than $20 for both costumes. We made the body paint to cover our entire bodies with supplies we had in our home (a small amount of purple paint, Elmer’s glue and lotion). After two coats of our paint mixture, we sprayed our bodies with hair spray to keep the paint in tact. We already had the overalls, shorts, suspenders, tank/sports bra and shoes. We dyed our tank/sports bra purple with a mixture of blue and red RIT dye which we already had in the house from previous costumes (roughly $3.00 a bottle). We used silver duct tape to created the “M” in the circle on our chests. We used McDonald’s styrofoam cups to create the eyes and printed the actual eye from Google images. We attached the styrofoam cup to an elastic band with a metal wing clip (that we pulled off of manila envelopes). We then teased our hair with a comb and lots of hair spray (no wig, that is just hair). We bought 4 cans of purple hair spray for $3.99 each ($15.96 plus tax).

We had around 35 strangers ask to take their pictures with us.

We heard about a Halloween party at a bar we have downtown and were asked to enter the costume contest. We did and won 3rd place! After the contest we went to another next door and were pictured as we walked in and were told about a costume contest taking place in 30 mintues. We won 2nd! We won two cash prizes for a basically free costume. We had the best night! 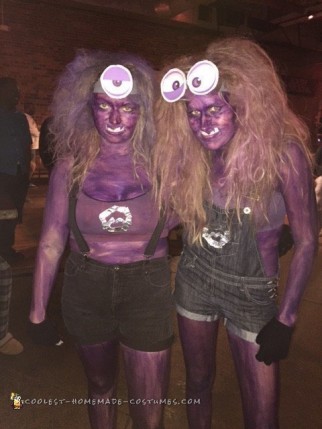 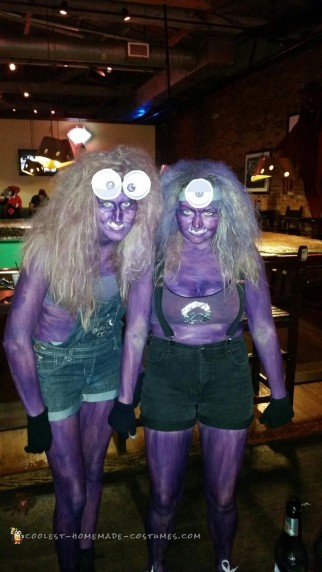