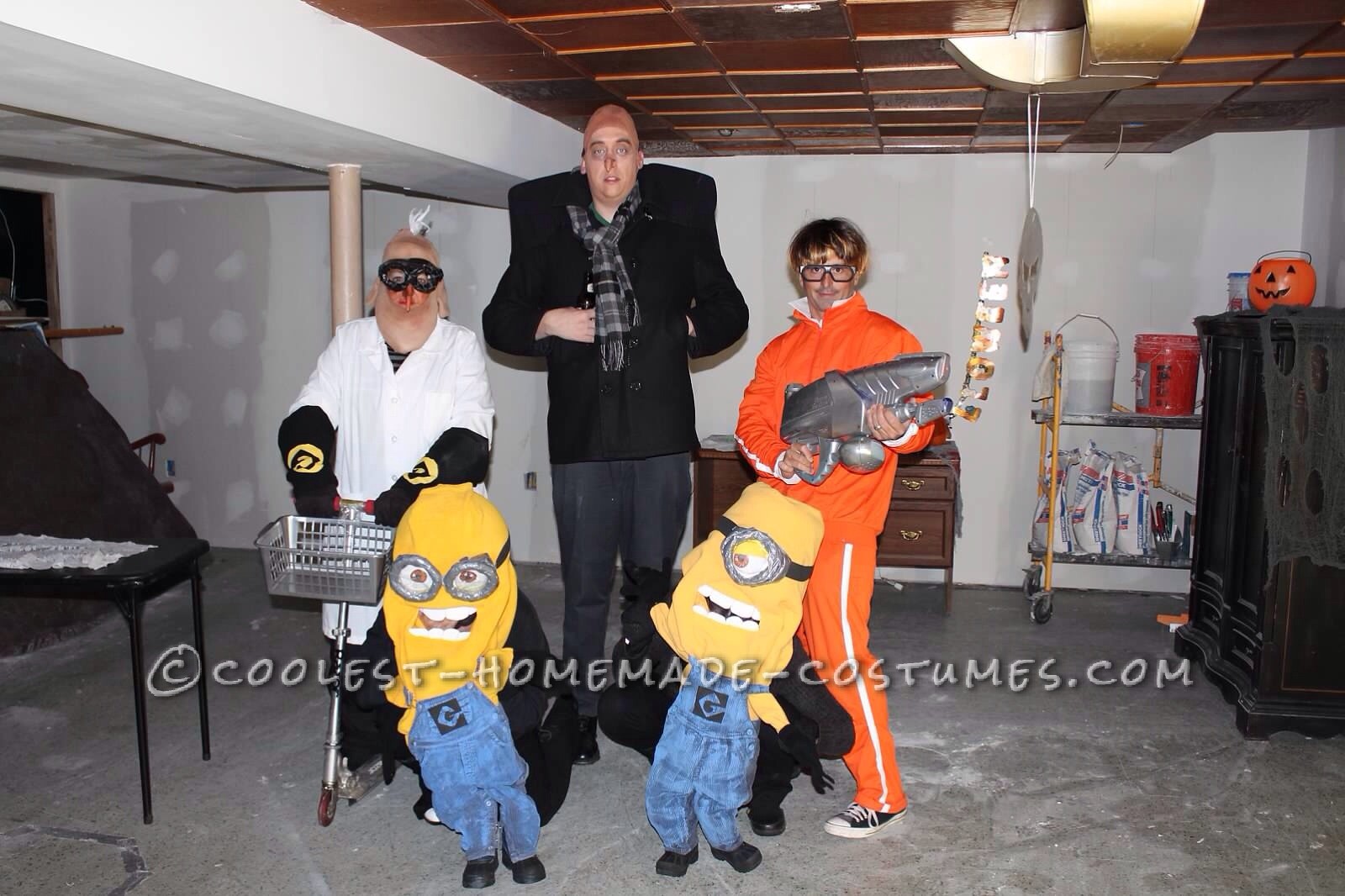 We have serious appreciation for unique, well constructed homemade Halloween costumes! I am the oldest of six “kids” – ages 37 down to 24- and our spouses and friends all love HALLOWEEN! My brother and his wife host the annual “Aftermath” Halloween party… Everyone goes all-out for it! You’d think there was big money prizes on the line but nope… A homemade trophy, a sash and bragging rights for the year to come. It gets seriously competitive. Nobody tells anybody else what they’re planning to be so when you show up to the party… It’s a surprise unveil! The amount of time and energy (and sometimes money) that we put into making homemade costume is a little ridiculous. We are all adults with film time jobs, married with kids… So it’s pretty funny to get it all together with such serious intent.

This year we were the Despicable Me group. The planning started with some group texts back in early August. We started to formulate the plan, get the visuals and list of materials- slowly but surely. A trip to the goodwill store got the helmets and yellow fleece for the minions. The eyes were made of some household materials – and of course, duct tape and hot glue. Baby overalls and baby boots made the body stuffed with stuffed animals from our kids playroom. The full body hung in front of us so we wore black in the back. My mom was Dr Nafario who was made of nylon and makeup and a razor scooter with a basket. Gru grew some big shoulders with old padding and felt material over them. My brother in law is already 6 foot 7 inches tall so that was easy and he put on an old “skull cap/penis head” which was an old costume. Vector got an all orange track suit, lined it up with white duct tape, spray painted the super soaker all grey blue.

We were in character all night and won for “best group”. It wasn’t comfortable or flattering to be a minion all night so partway through the night, my husband and I switched Vector for minion and people didn’t notice it at first so the reaction was priceless!

We had so much fun! Halloween is over now and the clean up begins. Haha. 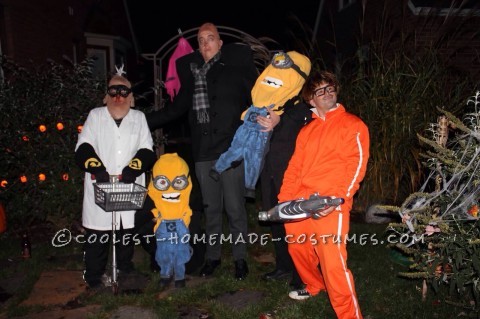 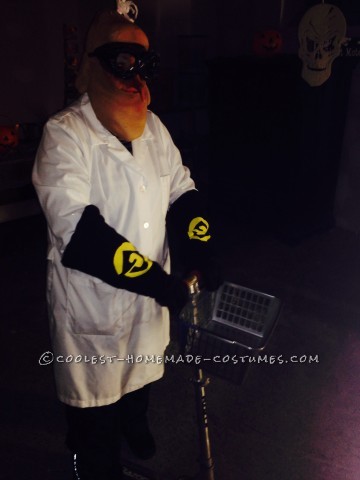 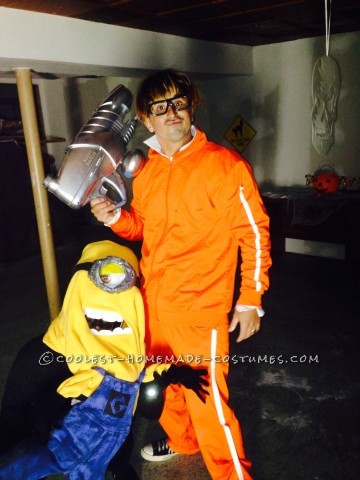 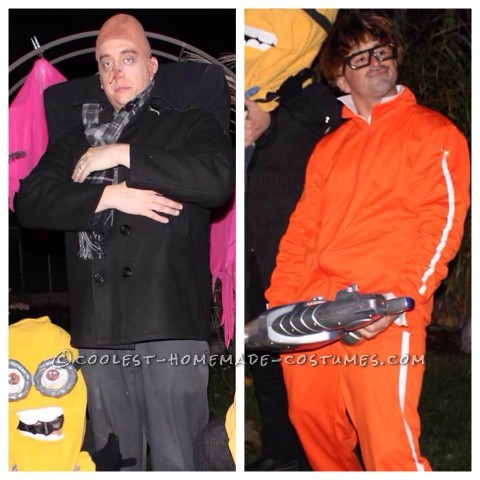 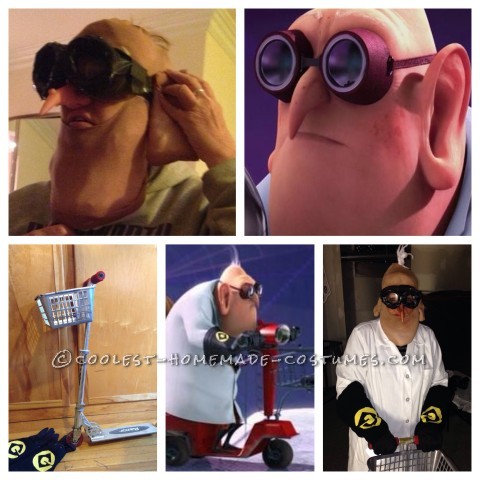 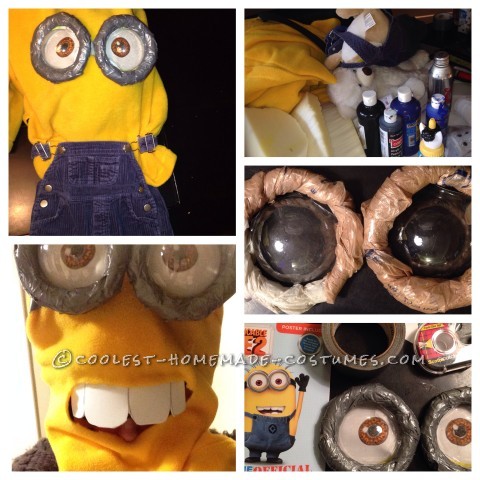 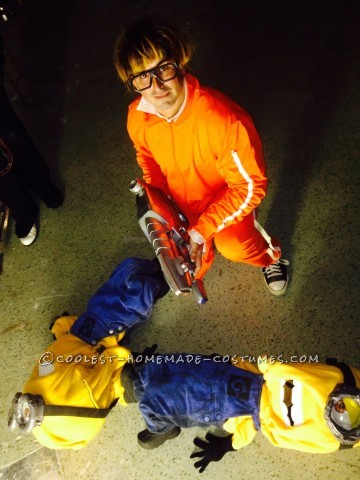