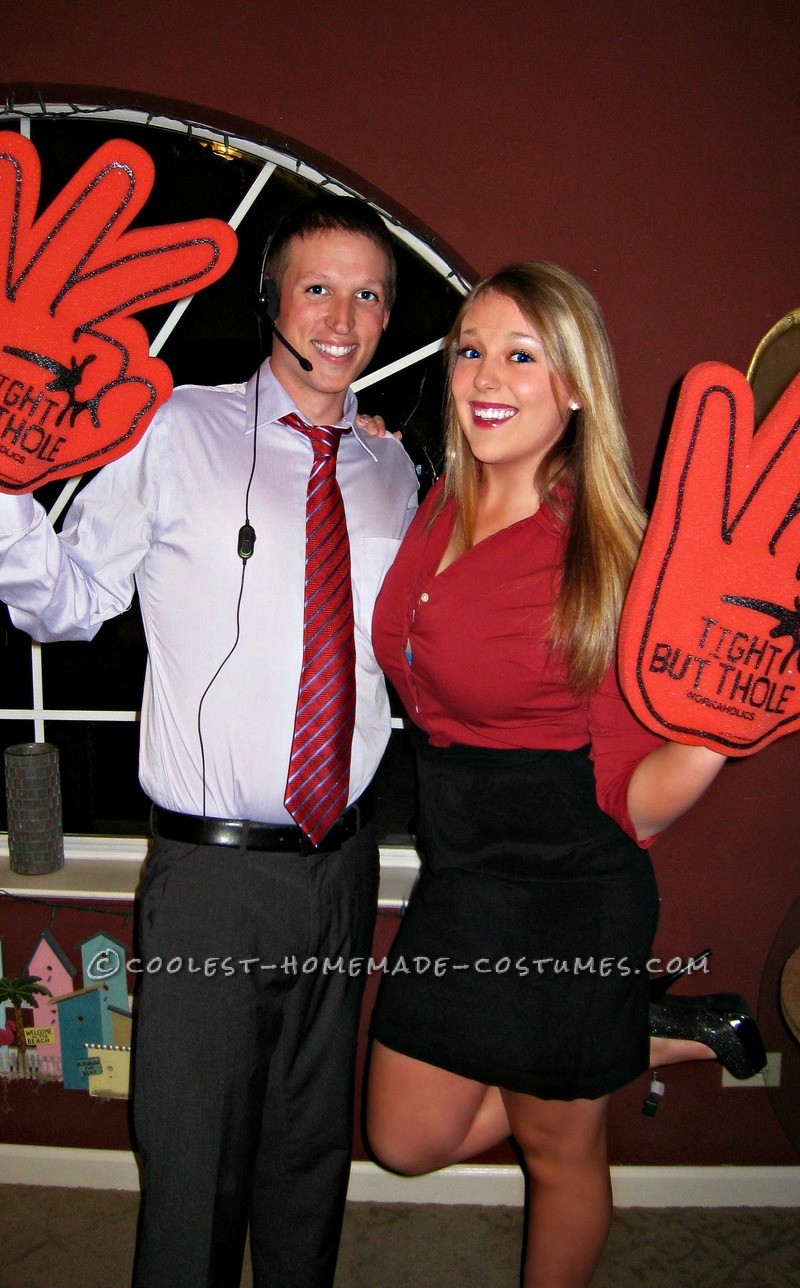 My boyfriend and I wanted to do something fun and original for this Halloween so we decided to dress up as our favorite show’s characters Ders and Jillian from Comedy Central’s Workaholics (a show about a group of friends that work at a telemarketing company, they live together and raise hell together as well). This was a last-minute workaholics couples costume.

We went to local thrift stores to get his tie, shoes, button up shirt, my button up and my skirt we spent a total of $10.50! We already had the headset and the heels lying around the house, wooo hoo!! We got the foam hands from the comedy central store online.

People have loved this costume, nothing but positive feedback thus far. Overall the costume was fun, easy, and cheap to make! I would recommend to anyone who doesn’t want to spend a lot of money and wants to get some good laughs from people who watch the show! 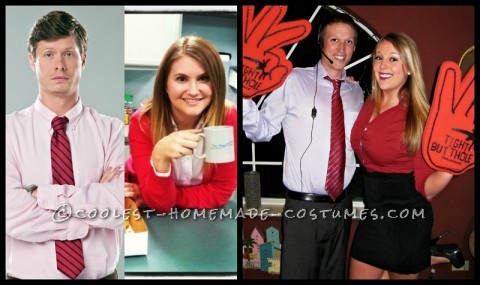