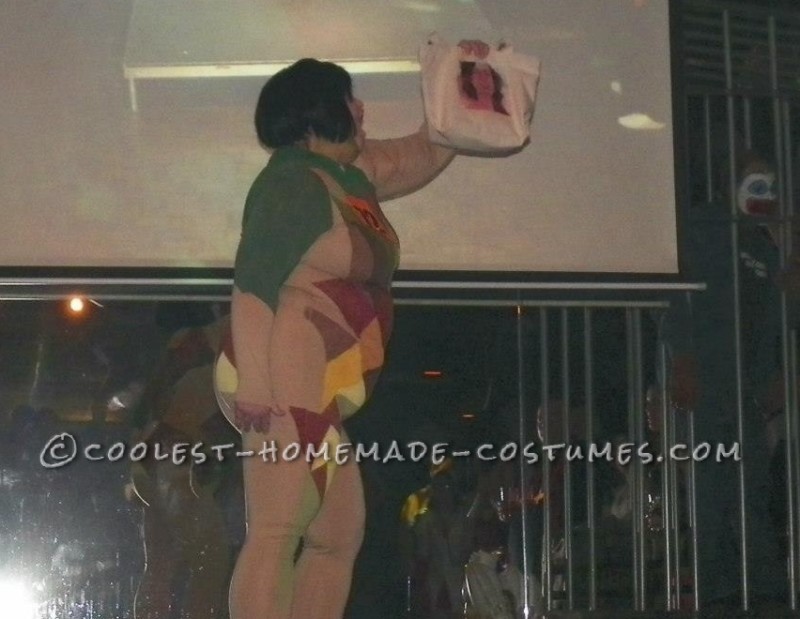 So this song blew up that summer and me being not afraid of anything took on the challenge of making this costume and wearing it as a big girl with pride. I first bought a skin suit in nude, I will tell you that when I walked out of the dressing room the store staff and my friends were dying laughing and trying to convince me this was not a good idea

I looked naked. I screamed, “that’s the point”! lol anyhow I ended up cutting off the hands and head Of suit. Many times I wanted to give up because the making of this was time consuming. I first had to watch the Award winning video like 100 times studying the most important triangles and colors. I used fabric paint and a dummy to trace and create the patterns. Then I put on suit and went to my mom’s for her to draw some basic shapes over my goodies so it wasn’t a hot fat mess. I also used iron on transfer to fuse Gotye’s face to a purse so I could “sing” to it like the video. The reaction was slower than expected, but some who got it were blown away. Once Goyte’s won “Song of the Year” for it, I reported the pic and got a lot more ohhhhs and ahhhhs. 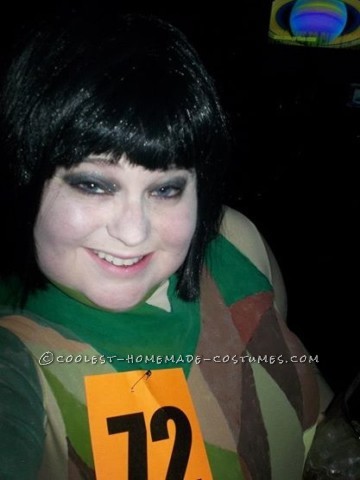 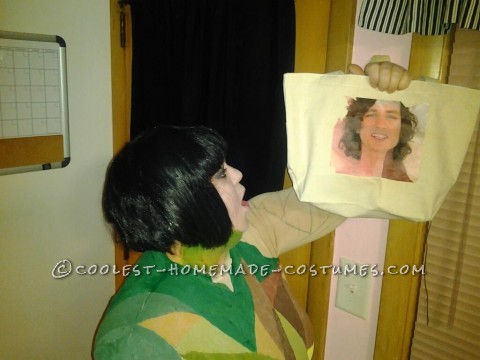 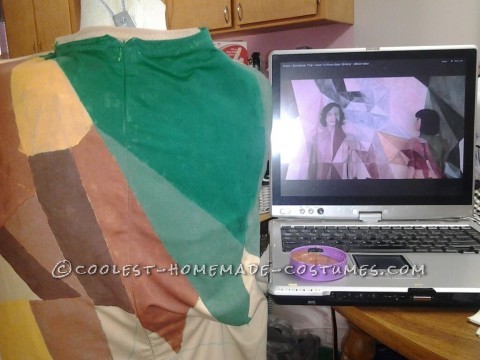 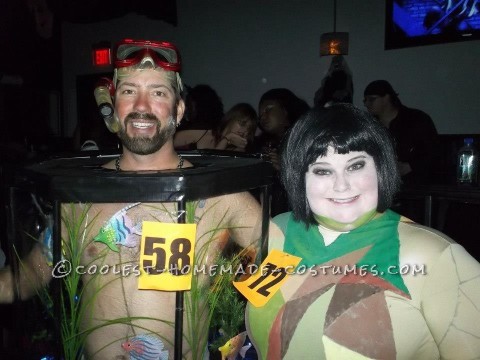