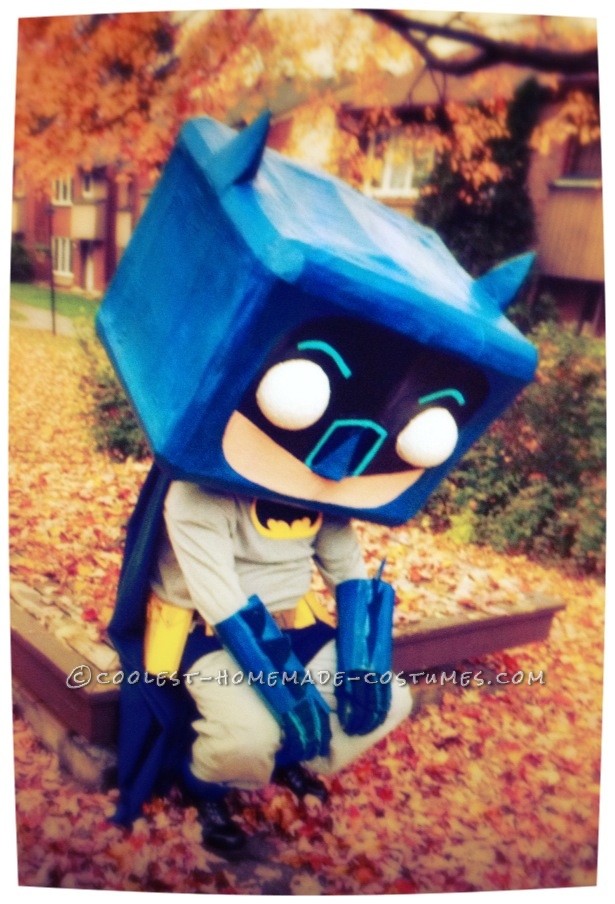 My brother’s son, my nephew, was having a superhero theme birthday for his 4th yr party, a week before Halloween. I wanted to do a batman costume that he would find super fun. I love the “pop” series toys, basically pop culture characters, small body big head.

I am 6ft and 255lbs, so the head has to be very large to make my body seem small. I set to task and got two large cardboard boxes of equal dimensions so that the two boxes together would make a seam in the middle to support my head, rather than one huge box. I would recommend a thick box, not a thin box, it will weigh more but the sides of the box started to sag because of the wet paper mâché. Use masking tape instead of packing tape (paper mâché and paint doesn’t adhere well to the plastic tape). I needed to bevel the edges and form ears and a nose. I paper mâché the structure with four layers of newspaper and added paint ( if you use flyers or junk mail for a paper supply, avoid using the glossy pages, toll paint in the small bottles from any craft store works great, but buy extra paint for touch ups). I cut holes in the cardboard head near the character nose, which was at my eye level and covered the holes with mash material to conceal my face. I found grey pants, blue shorts, and over-sized grey shirt. I painted a bat symbol on cardboard and super glued it to the grey shirt. I worn light weight hockey shoulder pads underneath the shirt to make my shoulders seem larger and help hold the head up. I needed to make a pair of larger than normal hands to match the over-sized head. I covered a pair of hockey gloves with cardboard and sprayed them blue. I used masking tape to hold the cardboard cuff together, but I found it would peel off the cardboard too easily. If I planned better I’d would have used duct tape and paper mâché the gloves as well. I attached cardboard and poly foam board to an old belt to make a “batman utility  belt”. Attach the parts of the utility belt to the leather belt using string. Tape will eventually come apart, and you don’t want a malfunction on your big day. I made a cape out of a bed sheet to finish off the costume. I am super happy with the result. Hope you like it as well! 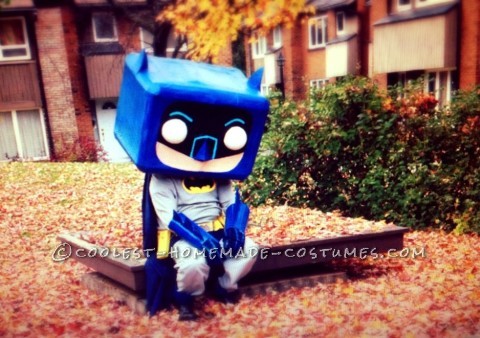 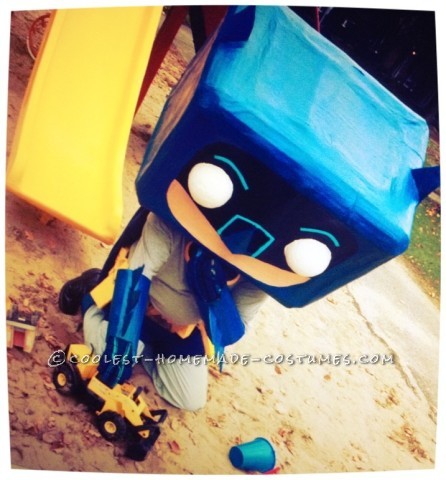 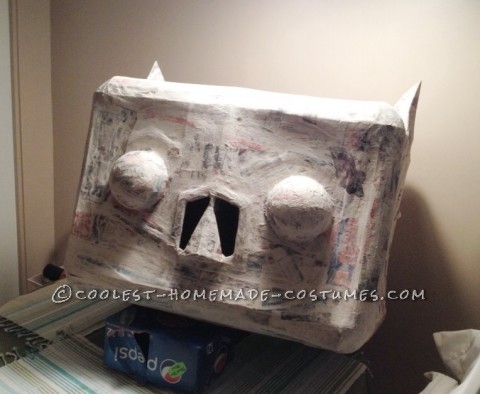 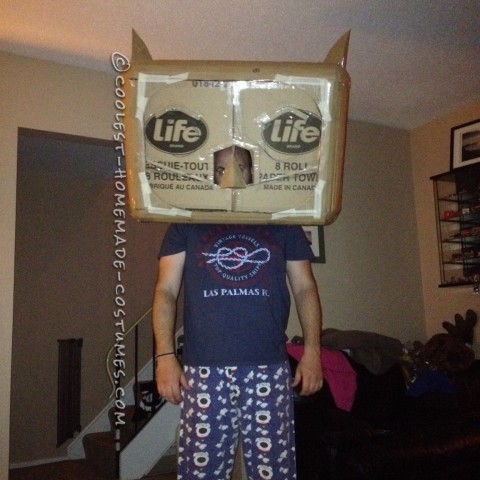 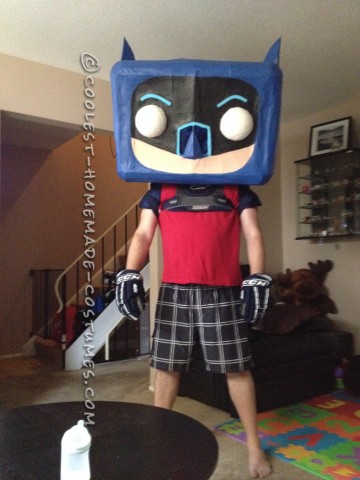 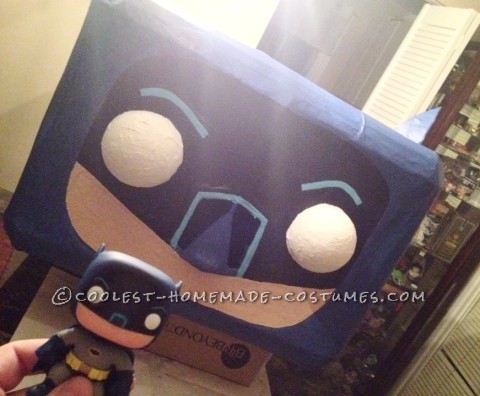 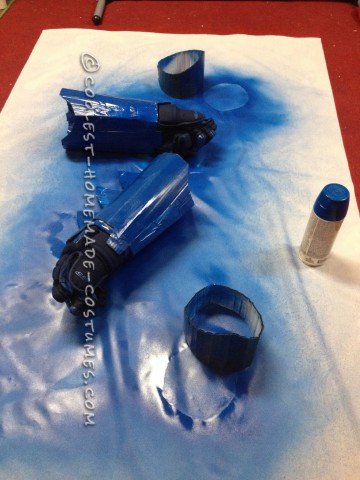 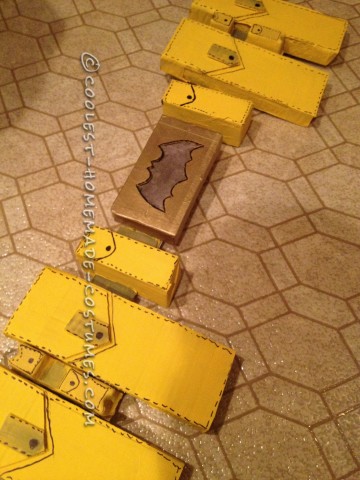