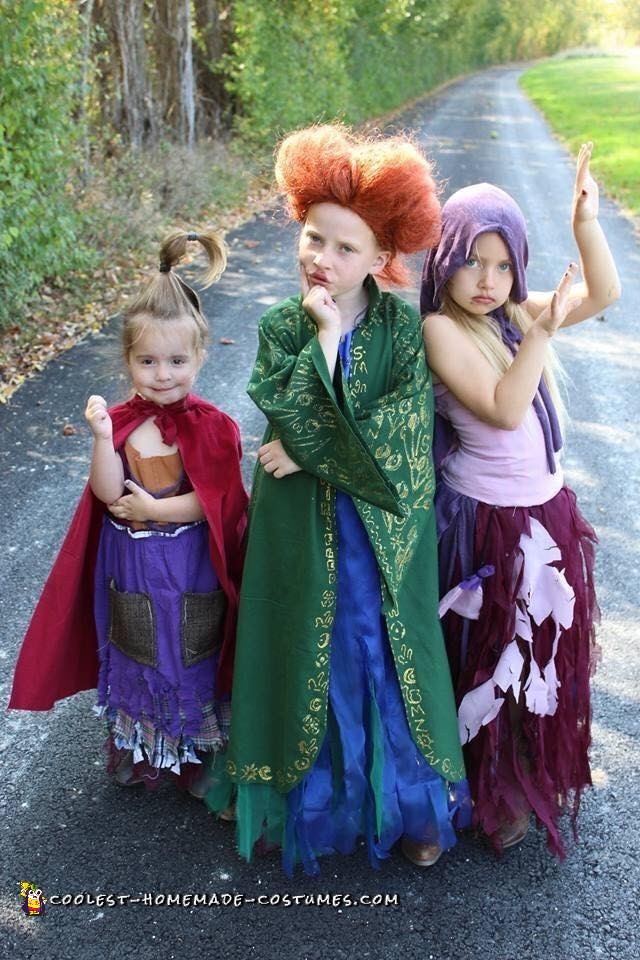 I have been obsessed Hocus Pocus since I was a young girl. Now, my four daughters are obsessed with it too!

I started making these Hocus Pocus costumes in September 2015. They are completely homemade/handmade. I am a big time crafter and I make all sorts of things. The best part about making these costumes is that my daughters had so much fun acting their Characters out and having my sister do a photo shoot with them!  The funniest part was making my daughter’s face look like Winifred Sanderson because Winifred has the weirdest lips and no eyebrows!

The Hardest part was getting Winifred Sanderson’s hair right so I went and bought a mad hatter wig from Alice in Wonderland and transformed it to make it look like Winifreds hair.  I bought fabric and sewed, hot glued, and used glitter glue.

For Mary Sanderson’s costume I used my mother-in-law’s old shirts. I cut and put together a dress and sewed it. For her hair I used a Styrofoam cone I cut it in half and put in A piece from a wire hanger so that her hair would stay in the right position.  Then I took some maroon fabric and made a cape.  Sarah Sanderson’s costume is made from fabric I sewed into a dress. I shredded the bottom and I used one of my old Corsets and covered it with pink fabric and sewed them together and bought purple fabric to make a purple cape.

Winifred Sanderson’s costume is made from blue and green fabric I bought and made a dress and shredded also. Then I made a green jacket with witch sleeves from using a pattern I bought at Walmart.  I bought gold glitter glue and just went with it, making all kinds of symbols all around the green jacket. I also crochet so for my youngest daughter I crocheted her a black cat hat and I also crocheted her black tail and glued it  onto some black pants I bought from Walmart. For Winnifred Sanderson’s book I use tan fabric from an old shirt, also used an old book I read about 10 years ago. I cut the fabric to fit the old book and then cut slits into it and sewed it back together.

For the eye I use cotton underneath the fabric and used green felt and a black button to make the eye then I went back and ran my hot glue gun all over the fabric and it gave this glossy old skin look to it, it could not have turned out any better!  I had so much fun making these costumes for my daughters!

These pictures of my Hocus Pocus costumes are on my Facebook and everyone cannot believe how good they look! Their reactions are awesome they love their costunes and almost 80 people have already liked the photo album!  Let’s just say Facebook is blowing up! People are telling me that I have done a great job!  People have told me to put them in Halloween contests, so here I am!  Thank you for letting me share our story!  Happy Halloween 2015! 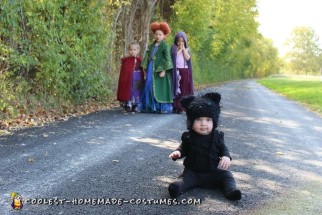 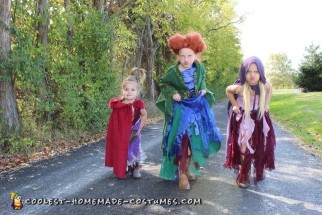 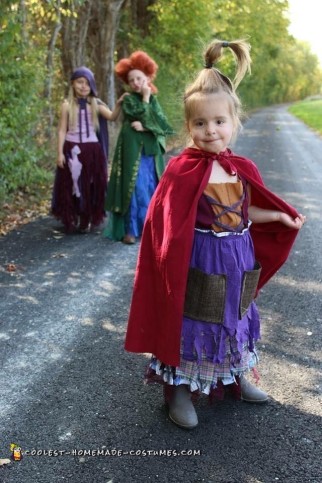 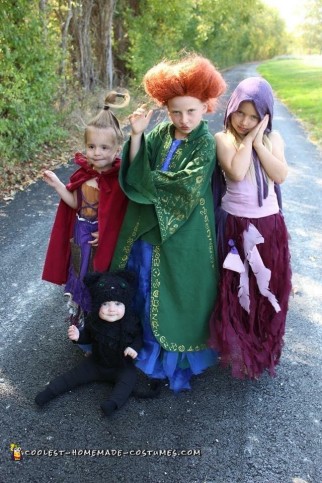 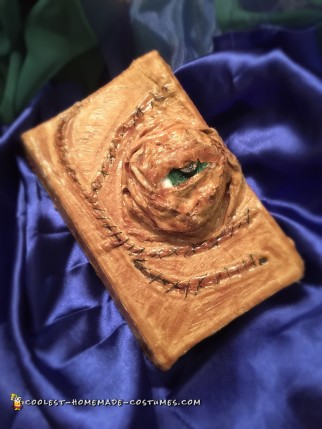 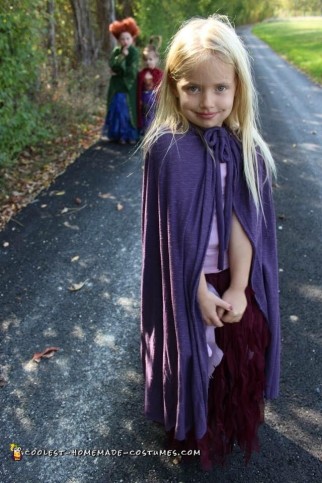 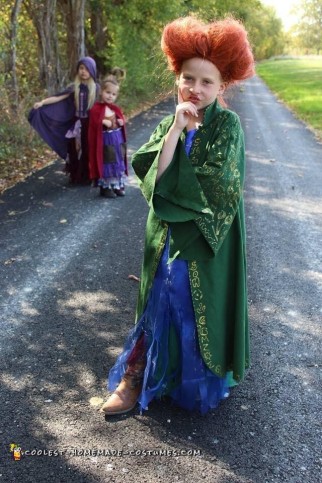 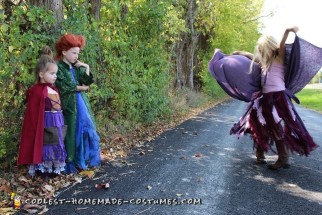 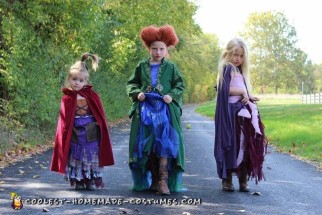 4 thoughts on “It’s Just A Bunch Of Hocus Pocus Costumes!”