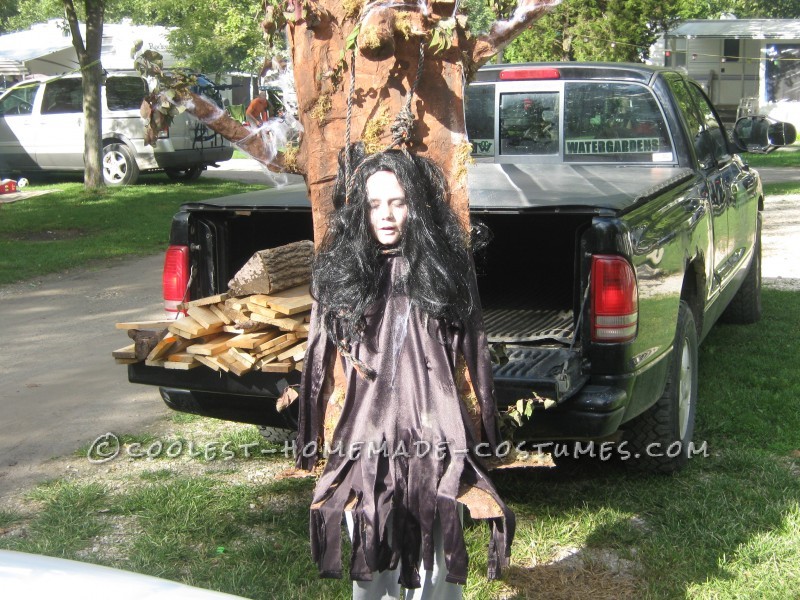 This costume was made to enter a costume contest at our summer camp. We used the idea of a headless person but added a twist. Using a large box as the main prop in this costume we were worried about how heavy it would be, luckily our daughter is a trooper and didn’t mind. We first used tissue, school glue and water to paper mache the box, to give the look of bark. Next we added some branches using paper towel roles, a ton of tape and more paper mache.

We cut a hole out for her head and then added some finished touches to the tree, including spider webs, real branches and moss. Once the tree was complete we then stapled and old dress to the tree to give the illusion of her hanging from the main branch. The costume was somewhat of a project, only because we had to wait for each layer of paper mache to dry. The kids enjoyed helping us make costume and my daughter had her picture taken by many campers and was the peoples choice winner. 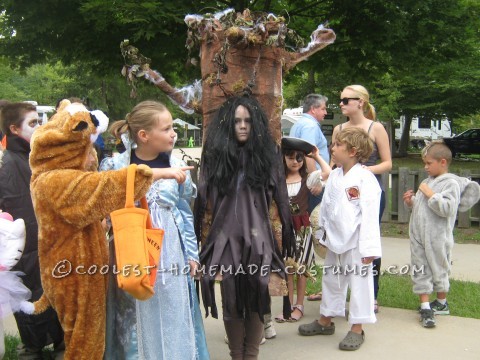