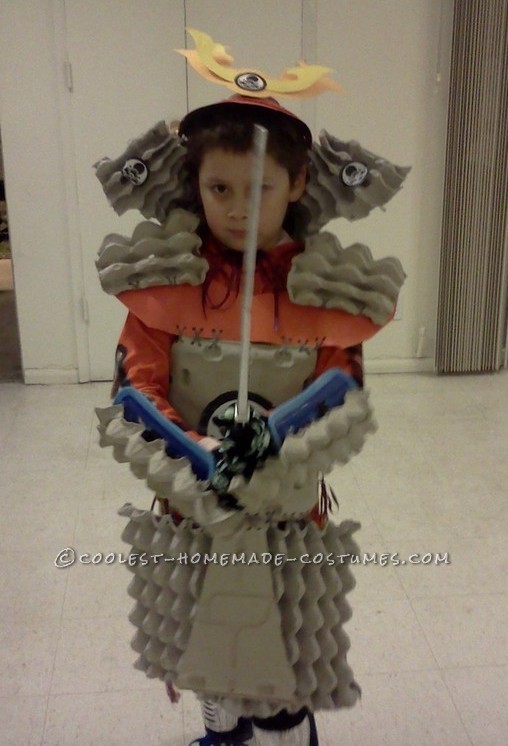 Our 7 year old joined Cub Scouts this year and since scouts are thrifty we decided to make his costume out of things we had. We saw a Samurai costume made out of cardboard and used it for our inspiration. We decided to use the egg crates we had saved up for crafts. I bought a red poster board, dollar store shin guards (unnecessary but cool), and clear shelf laminate, we had duct tape, hole punch, yarn, ribbon, stick on Velcro  and a red plastic bowl. I downloaded and printed the images to embellish the armor.  We had much of what was needed so only ended spending about $3 to get the final items.

DS was able to do much of the work himself with direction . He punched the holes and strung the costume together. I reinforced his work from the back with the shelf lining and tape. We took about a week to put it together but I think an adult could do it in an afternoon. DS was able to wear it to the Cub Scout Halloween party and trick- or- treating the next night. It held together well especially considering it had to be taken off and put back on many times.

He received many compliments and proudly declared “It’s home made!” any time someone talked to him about it! 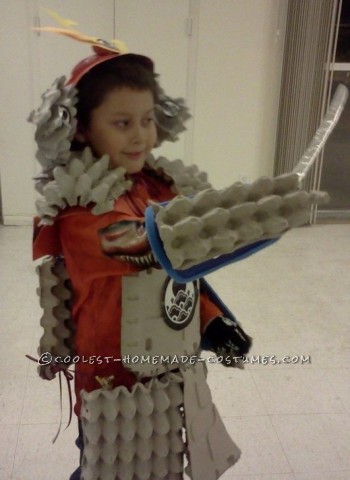 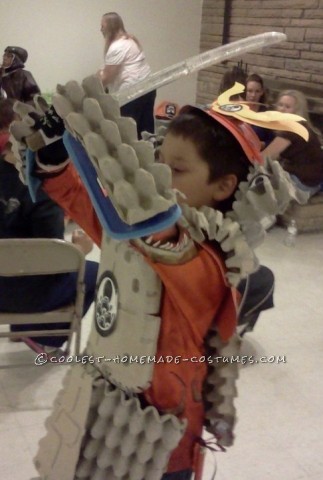 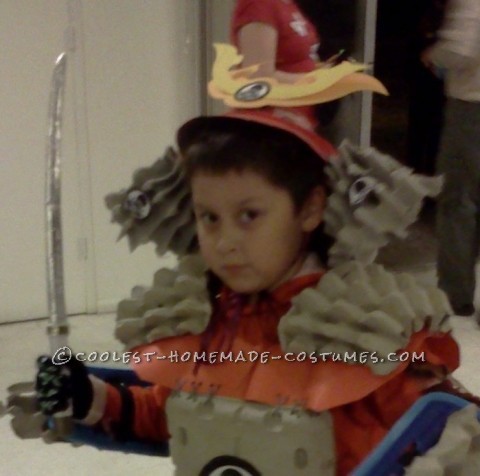