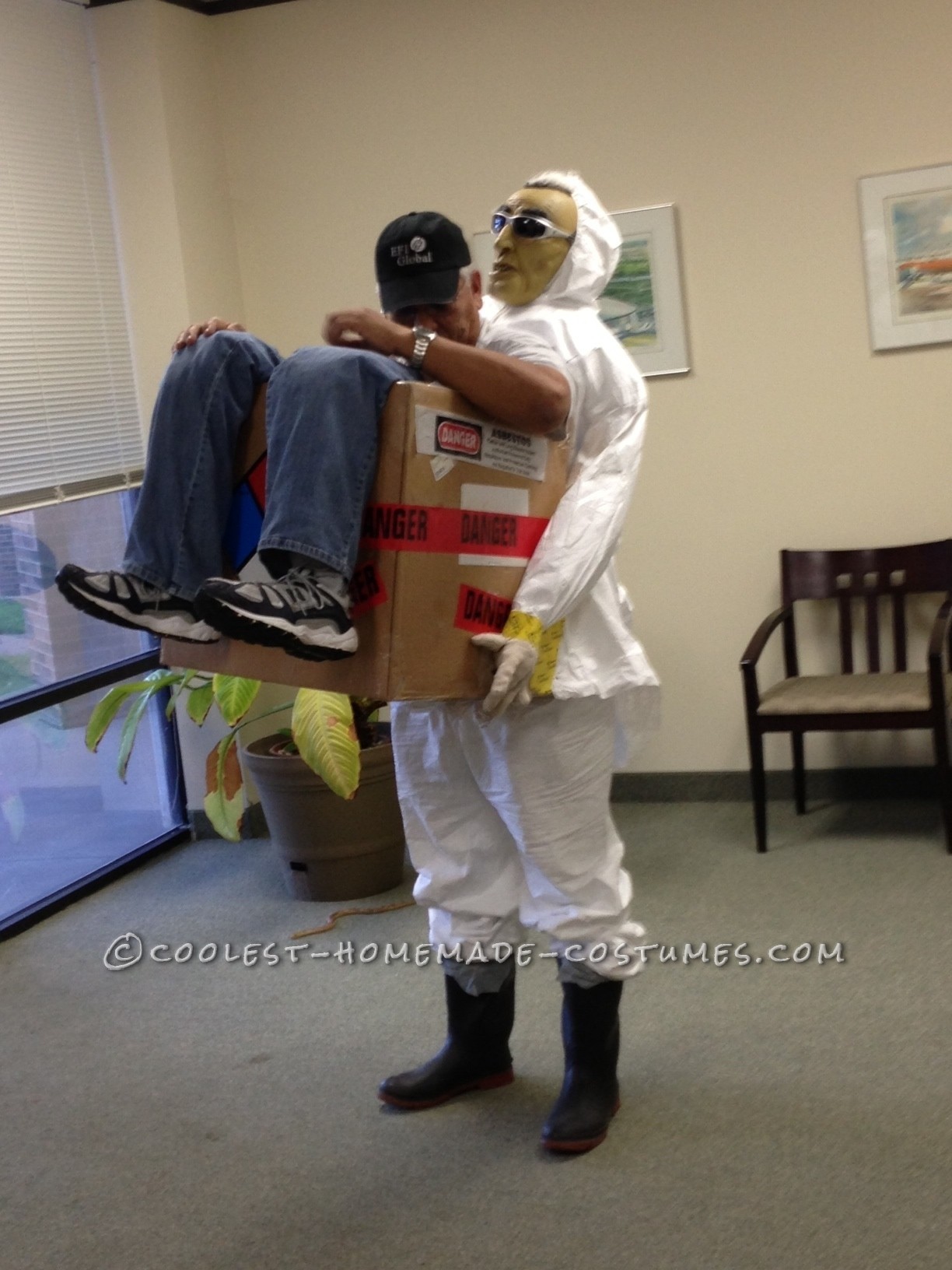 Even though I am 62 years of age, I have always been excited every time Halloween comes around.  As far as I remember I have always made my own costumes with what I had and could afford.

This year’s costume was inspired by illusion costumes I saw on the internet.  I pumped myself up to construct my first illusion costume from materials I use for my job.  I am an Environmental Consultant and we deal a lot with environmental hazardous waste.  The materials I used included:  2 disposal protective suits, gloves, rubber boots, hazardous labels, and duct tape.  I used a turtle neck shirt filled with paper and attached a styrofoam head with an old man’s mask.  I stuffed some old jeans and attached some sneakers to the paper legs with duct tape and hung them out of the box.  It took me a couple of days to find the perfect size box that I obtained from a near-by parts supply warehouse.

I gathered all the materials for my costume and hid everything at my office warehouse so my coworkers could not suspect anything.  I started working on my costume one afternoon when the majority of my coworkers were out of the office.  My first attempt attaching the dummy to the box failed but my second attempt was successful.  I then finished adding the details on the box such as danger labels and tape.  It took me approximately four hours to put everything together that afternoon and then I hid my costume in the warehouse.

One October morning when everyone was in the office I discreetly went to the back of the warehouse and slipped on the bottom of a protective suit up to my waistline and then my rubber boots.  I then donned my costume and paraded throughout the office.  Everyone came out of their office amazed and laughing hysterically.  Everyone began taking pictures and videos with their cell phones and cameras.

On Halloween night I loaded up my costume in the back of my SUV and met up with my grandkids and their little buddies down at their school parking lot as they were getting ready to go trick-or-treating.  The kids were just as amazed and thrilled to see the costume as I put it on.  Being an adult size costume some kids were scared and could not understand that it was just an illusion.  That night the kids and I went through the neighborhood from door to door and got many compliments from the residents and people on the streets taking pictures and videos of my awesome homemade hazardous waste in-a-box costume.  This Halloween is over and gone but I can hardly wait for next year! 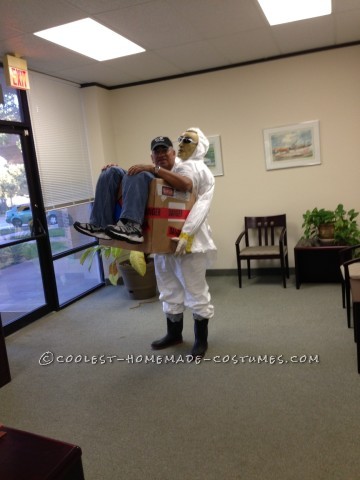