I’ve always been very fascinated by illusion costumes and specifically costumes that look like two people in one. There are many out there. With Halloween coming up I thought I should make my own costume this year. While I was in the process of a move and setting up a garage sale with my fiance, I started my search. Going through old clothes and bins I found the stuff I needed to make this funny illusion costume.

Now for putting this on. I wore the army uniform pants and slipped in to the storage bin hole from the top and lifted the bin to the level of my waist. I used an old backpack strap looped through the storage bin and around my waist to free up my arms from holding the box up. I grabbed the fake leg jeans and placed them in the box with me. Done and ready to rock this costume for Halloween.

I get a lot of double takes. People will look and stare in amazement wondering whose legs are whose. Laughter usually ensues when they finally get it, and realize it’s not another person carrying me. Many people are stunned to find out that this costume was homemade.

Our local news team Good Day Sacramento got the biggest kick out of the costume. They got a hold of me to feature this costume in a segment on DIY Halloween costumes. This costume is a lot of fun and definitely an eye catcher.

This costume only took me a couple hours to make. It was my first try at making my own costume and I was surprised how easily it was put together. You could make your own. With the basics of the illusion, the variations are endless! 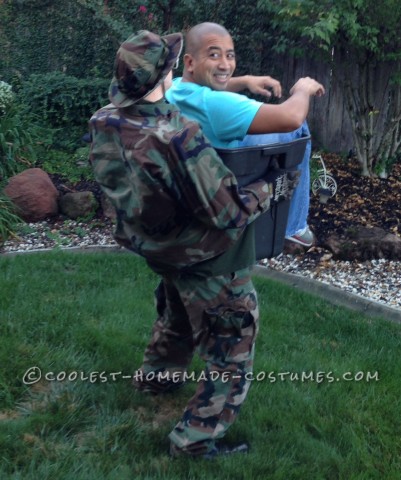 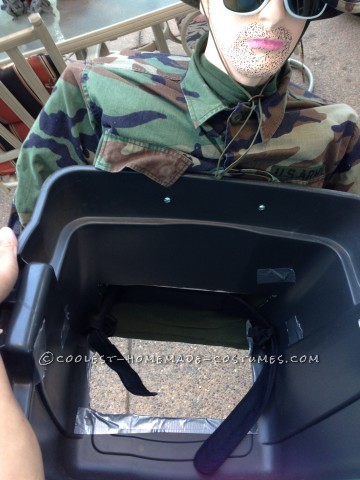 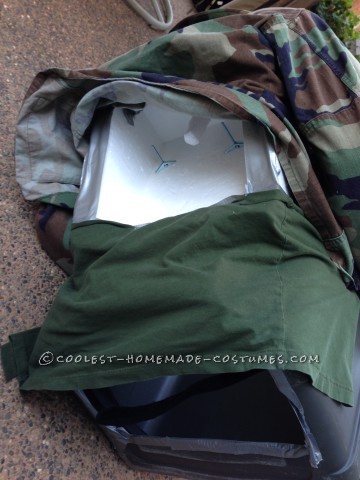 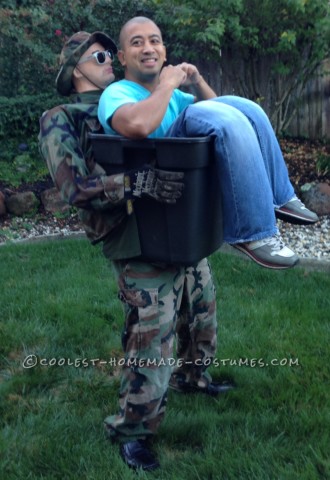